What’s On has an Alain Robert interview in Dubai. French Spiderman will climb the Cayan Tower – ‘Twisty Tower’ Dubai Marina – without ropes.

On Sunday April 12 ‘French Spiderman’, otherwise known as 52-year-old free climber Alain Robert, will set out to scale the ‘Twisty Tower’ in Dubai Marina without the help of safety ropes. Standing at over 300 metres tall, the 75-storey Cayan Tower is ranked as the tallest twisted tower ever built and is among the most eye-catching in the world.

Ahead of his stomach-churning challenge, he spoke to What’s On about his death-defying stunt, as well as his fears, falls and favourite climbs.

How on earth did you discover you liked free climbing? It was a long time ago, when I was young I thought it would be fun to climb my parents’ house and I enjoyed it. Later on I started to become famous for my rock climbing and then decided I was going to do it without any safety devices.

Why do you prefer to climb without any safety precautions? I like it, that feeling that you’re doing something where potentially you could lose your life. You’re using your knowledge and your mentality to overcome your fears to make it all the way to the top successfully. 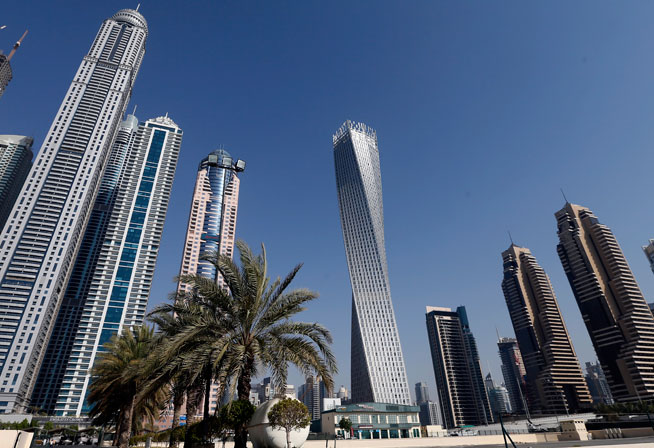 *All images below are from facebook.com/frenchspiderman 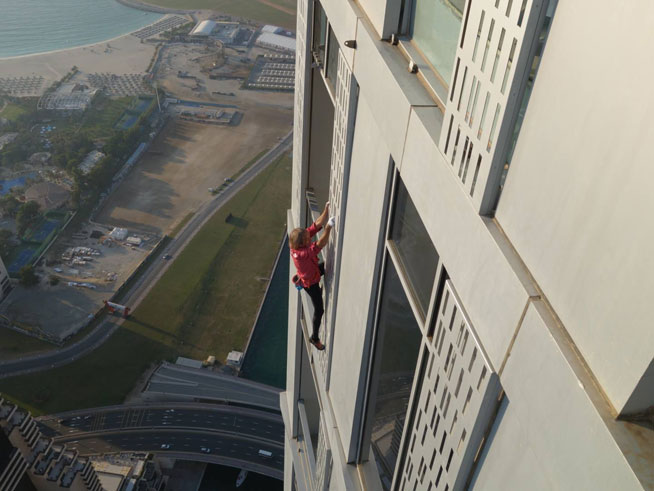 What’s been your favourite building to climb? For me it’s still the Petronas Towers in Kuala Lumpur. I climbed it three times and was successful on my third attempt in September 2009. This building is very special, there’s a spire at the top, which is nearly 50 metres tall and standing at the top of that particular building was amazing. I was almost pinching myself to make sure I wasn’t dreaming.

You fell a few times early on, didn’t that put you off? No, not enough. When I had my very bad accident [in 1982 Alain fell headfirst 15 metres and was in a coma] I knew that it wouldn’t stop me. I just wanted to climb again as soon as possible. Even the doctors said there was no way I’d be able to climb because my wrists and my joints were too destroyed, but I wanted to climb again and I did it.

Is it true that the Shard in London has a court order against you? Yes, I went there just to check out the building and wasn’t being very discreet, wearing my trademark uniform – leather pants and cowboy boots – and was spotted by security. Instead of waiting for me to come back and climb the building, they decided to get this court order on me. It’s a nice building, one of the tallest in Europe and it’s a nice shape. I wasn’t planning on climbing it on that day, I was planning an event maybe six months after that. 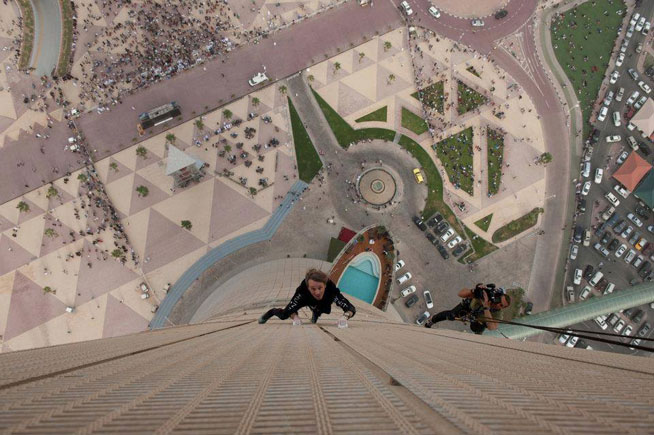 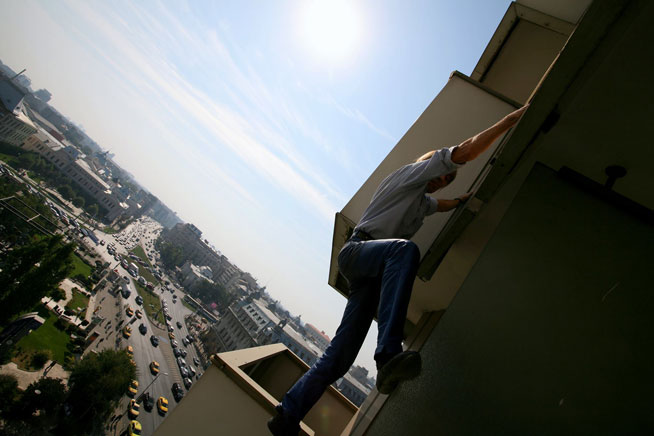 Outdoor
Sport & Fitness
EDITOR’S PICKS
Ain Dubai will open with fireworks, live music and a drone show
READ MORE
Incredible Aura SkyPool to open in Palm Tower this November
READ MORE
Brit Grand Slam hero Emma Raducanu confirmed for Mubadala Tennis
READ MORE
What’s On Nightlife Awards 2021: Here are the nominees...
READ MORE
MOST POPULAR
Celebrate creativity at City Walk during this three-weekend event
This Heinz Beck brunch at Waldorf Astoria just got an upgrade
10 brilliant things to do in Abu Dhabi this long weekend: Oct 21 to 23
Experience Arabesque elegance at Asil's Saturday lunch
If there's one place to be this Halloween, it's Warehouse
YOU SHOULD CHECK OUT
Our website uses cookies and other similar technologies to improve our site and your online experience. By continuing to use our website you consent to cookies being used. Read our privacy policy here.