The Downtown party spot will be closing its doors on December 25.

After a big year of nightlife openings and closures, Downtown club Toy Room has announced it will be shifting to new nightlife concept Soho Garden.

The hotspot, located in the Al Murooj Rotana, was brought over from London in April 2015 and is famous for its lively club nights hosted by Frank the Bear. 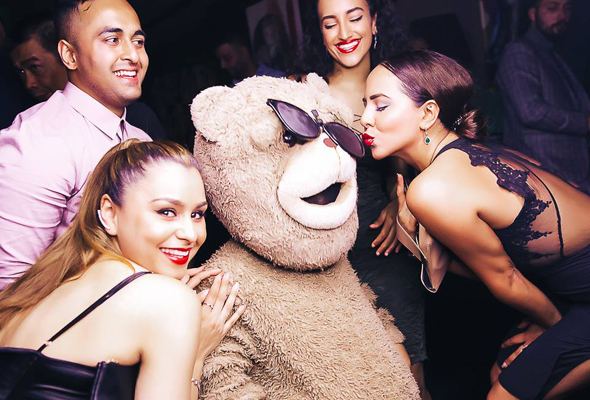 The club is set to re-open next year within the brand new Soho Garden complex in Meydan, though a date is yet to be confirmed.

Soho Garden, which opened this weekend, will also be home to Soho Beach and Drais Las Vegas in 2018. The two venues will extend the already impressive Soho Garden space, which offers seating for 800 across four separate bar spaces.

Soho Garden will also be the first international home to a Cafe Mambo residency from December 29.

For Toy Room fans in Downtown, there’s going to be one final blowout on December 25. Titled ‘Frank’s Christmas Blowout’, there’s an urban music policy and late night finish for the club’s final night of the year.

Nightlife
EDITOR’S PICKS
What’s On Nightlife Awards 2021: Here are the nominees...
READ MORE
It's back! What's On Lock In returns to Media One Hotel
READ MORE
Arts and culture: 5 spots we can't wait to visit at Expo 2020 Dubai
READ MORE
UAE petrol prices are set to decrease in September 2021
READ MORE
MOST POPULAR
This new family-friendly brunch includes free cinema tickets
Pics of the week: Your best photos of the UAE
How to use Playkey.me, the region's first supercharged cloud gaming service
The Mai Dubai half marathon is back in October
Exhibitions, workshops and more to experience at Sharjah Art Foundation
YOU SHOULD CHECK OUT
Our website uses cookies and other similar technologies to improve our site and your online experience. By continuing to use our website you consent to cookies being used. Read our privacy policy here.