Iconic Scottish rock band Biffy Clyro are set to perform in Dubai for the first time ever next month, putting on an intimate performance at the Hard Rock Cafe on Wednesday April 18.

The alternative rock band, who first formed in 1995, have been producing music for the last 23 years, as well as performing around the world at top festivals including Download and Reading. 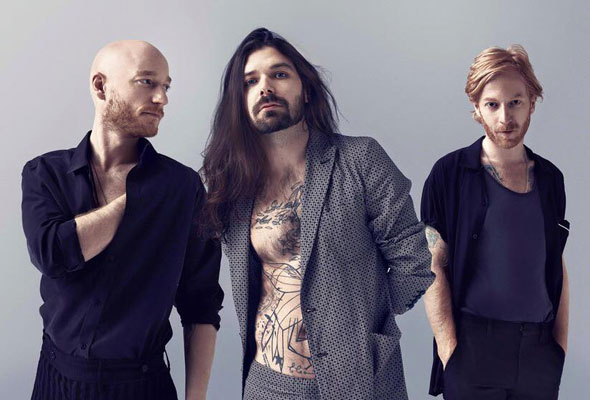 Tickets for the gig start from Dhs300 for early bird General Admission for standing room only, with pre-registration available here. A second wave will be priced at Dhs350, and standard general admission will be priced at Dhs400. VIP lounge and pit access starts from Dhs950.

The three-piece band, made up of  Simon Neil (guitar, lead vocals), James Johnston (bass, vocals) and Ben Johnston (drums, vocals) have released seven studio albums to date. Their latest, Ellipsis, was praised as one of NME’s top albums of 2016. They’ve sold more than 1.2 million albums worldwide.

News
Nightlife
EDITOR’S PICKS
What’s On Nightlife Awards 2021: Here are the nominees...
READ MORE
It's back! What's On Lock In returns to Media One Hotel
READ MORE
Arts and culture: 5 spots we can't wait to visit at Expo 2020 Dubai
READ MORE
UAE petrol prices are set to decrease in September 2021
READ MORE
MOST POPULAR
Movie review: How good is new sci-fi epic, Dune?
Pics of the week: Your best photos of the UAE
A stylish new Southern-European Neo Bistro is opening in Dubai
Staycation at this stunning hotel which is now dog-friendly
Get an Expo 2020 Dubai monthly pass for Dhs95 valid for the whole of October
YOU SHOULD CHECK OUT
Our website uses cookies and other similar technologies to improve our site and your online experience. By continuing to use our website you consent to cookies being used. Read our privacy policy here.