Celebrity chef Todd English is opening in The Dubai Mall

The unlicensed venue will be the restauranteurs second UAE venture…

There’s no shortage of celebrity chef’s in Dubai. We’ve already got restaurants by everyone from Gordon Ramsay to Guy Fieri, and another celebrity chef is set to add to that list this summer. Chef Todd English, who’s actually American, is set to make his Dubai debut this summer in the Fashion Avenue extension of the Dubai Mall.

Called Todd English Food Hall, the super-sized venue covers an impressive 12,000 square feet. Serving up an international array of ‘gourmet food and drinks’, there will be no less than twelve open kitchens, so guests will be able to see dishes cooked right before their eyes.

The food hall will be the third of its kind, following the openings of the first Food Hall in New York, and the second in Manila, Phillipinnes.

Although no pictures of the Dubai spot have been released, if it’s anything like the New York Plaza spot, we’re expecting rustic interiors and a pretty homely feel: 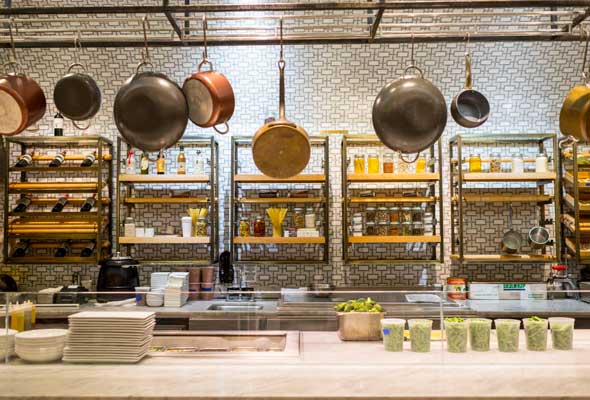 English is best known for his restaurant chain Olives, which currently operates in the US, Mexico and in Abu Dhabi. Serving up rustic Mediterranean with a heavy Italian influence, his Abu Dhabi restaurant opened back in 2015. 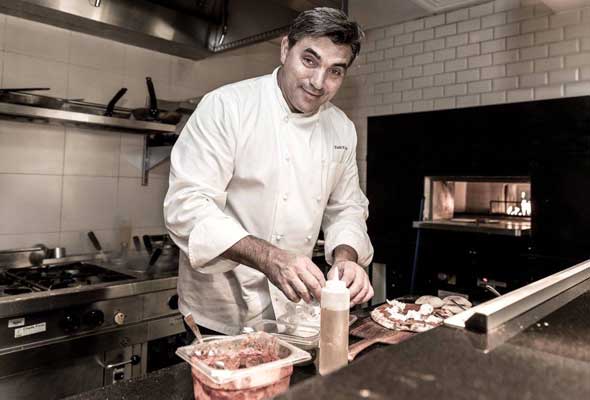 Although an exact day for the opening of Todd English Food Hall hasn’t been announced, we’re advised that it will be in the coming months.

English is the latest in a string of celebrity chef’s arriving in town, off the back of the arrival of David Myers two restaurants last year, and Iron Chef Morimoto who made his Dubai debut earlier this year.

Eat & Drink
Restaurants
EDITOR’S PICKS
Dubai hotels and restaurants to suspend entertainment until further notice
READ MORE
9 royal-approved Dubai restaurants
READ MORE
16 of the best beach bars in Dubai for sundowners
READ MORE
Where to get the Covid-19 vaccine in Dubai, Abu Dhabi and across the UAE
READ MORE
MOST POPULAR
Dubai announces new restrictions on restaurants, weddings and social events
8 of the best homegrown burger concepts in Dubai
Direct Etihad flights to Qatar from Abu Dhabi are inbound next week
Dubai Health Authority answers your questions regarding the vaccination
Expo Dubai 2020: What’s inside the Sustainability Pavilion?
YOU SHOULD CHECK OUT
Our website uses cookies and other similar technologies to improve our site and your online experience. By continuing to use our website you consent to cookies being used. Read our privacy policy here.