Get ready for some serious belly laughs as popular British comedian Romesh Ranganathan is set to perform in Dubai.

The famous funnyman will take to the stage at Dubai World Trade Centre on Friday October 16, 2020. This is a rescheduled date and those who can’t attend can redeem a full refund upon request from their original ticketing outlet until 6pm, Monday March 23.

Tickets are now on sale via dxblaughs.ae, priced from Dhs295.

Famous for his appearances on numerous British TV shows such as A League of Their Own as well as his successful series Asian Provocateur & his BBC Two series The Misadventures Of Romesh Ranganathan, the popular comedian has also written his autobiography Straight Outta Crawley: The Memoirs Of A Distinctly Average Human Being, which became a Sunday Times Bestseller. 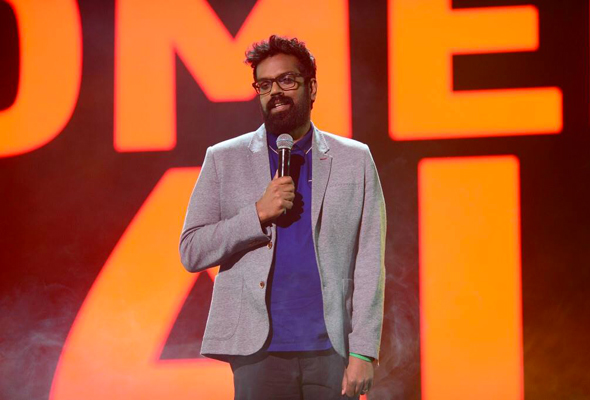 In 2018, he also embarked on his career in America, successfully launching his own TV series, Just Another Immigrant, which is currently airing on Sky One in the UK.

During his stint in America, he appeared twice on James Corden’s Late Late Show and made his debut on The Late Show with Stephen Colbert.

The show is the seventh instalment of DXBLaughs, the regions largest comedy series organised by Done Events.

Culture
Theatre
EDITOR’S PICKS
UAE residents will only be permitted to travel abroad for these reasons
READ MORE
Approval to arrival: A firsthand account of returning to the UAE
READ MORE
Stay the night for free when you book this brunch in Dubai
READ MORE
Yas Marina Circuit is getting its own drive-in cinema
READ MORE
MOST POPULAR
Get free cinema tickets when you visit this cool Dubai attraction
Watch: A tour inside UFC's Fight Island set up
New rules outlined for children returning to Dubai schools in September
Game on: Qube is back with live sports, new menu offers and free games this summer
Is The Unlimited Carvery at Dusit Thani Abu Dhabi's roast with the most?
YOU SHOULD CHECK OUT
Our website uses cookies and other similar technologies to improve our site and your online experience. By continuing to use our website you consent to cookies being used. Read our privacy policy here.