5 stunning palaces in the UAE you can actually visit

It’s no secret that palaces are abundant in the United Arab Emirates. Home to the royals and their families, most of them are hidden behind tall gates, walls and trees leaving passersby wondering what actually awaits inside.

However, there are several palaces in the UAE you can actually visit and while you won’t be able to see a member of the royal family strolling down one of the many, many hallways or have a cup of tea with them (we wish), they are still worth checking out.

Here are 5 palaces in the UAE you can actually visit… 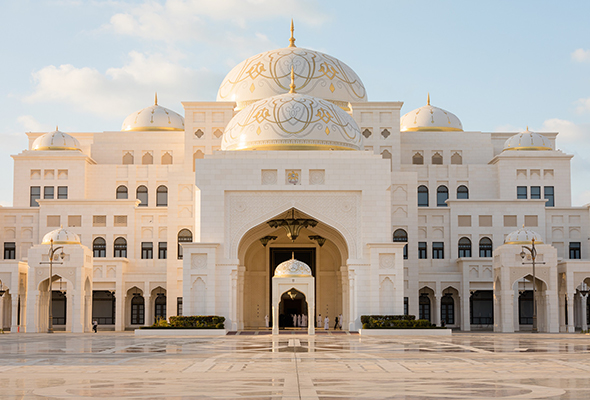 Qasr Al Watan is a fairly new cultural landmark housed within the Presidential Palace in Abu Dhabi. In Arabic, it means ‘Palace of the Nation’, and is a working palace that hosts official state visits and summits. It boasts stunning Arabian architecture and while its exterior will leave you in awe you haven’t seen anything yet. On the inside, the palace boasts one of the largest domes in the world – measuring 37 metres in diameter but it’s not all about show here at Qasr Al Watan. Visitors to the landmark will gain a deeper understanding of the UAE’s governing traditions and values, and explore a vast collection of historic artefacts and manuscripts. 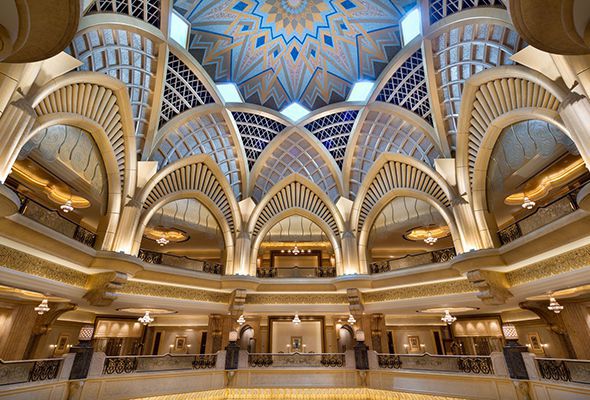 The five-star Emirates Palace hotel was constructed for $3 billion to host heads of states and celebrities. Its Islamic architecture and design is a remarkable showcase of Arabian culture with additions of water features and palm trees to reflect the styles and traditions of the city. On the inside the Emirates Palace brags a grand dome with elaborate geometrical patterns and 114 smaller domes. Emirates Palace itself offers a private guided tour for Dhs150 where you will be shown the main dome, a three bedroom Palace Suite (upon availability), Etihad Ballroom or Auditorium (upon availability) and the Palace Terrace. It also includes one signature food and beverage product. Bookings need to be made on the Facebook page of Emirates Palace under Services. 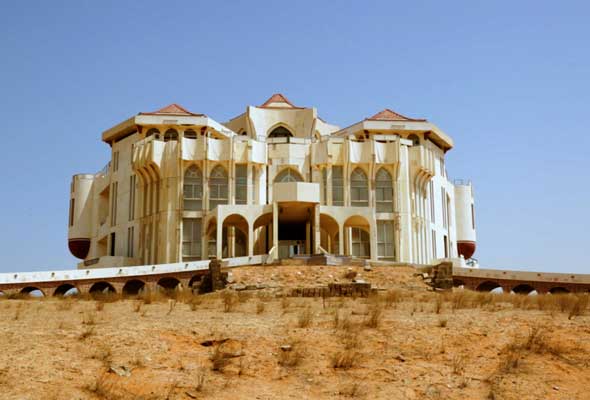 While its looks are far off from the other palaces on this list, the Al Qassimi Palace is a haunted palace in Ras Al Khaimah you have to explore (if you’re brave enough). Ras Al Khaimah has been home to this mysterious palace since 1985 and rumour has it that the family of the late Sheikh Abdulaziz bin Humaid Al Qassimi who it was built for, moved out after one night claiming the property was haunted. However, after years of speculation and mystery, the Al Qassimi Palace also known as Al Qasr Al Gamedh, is now open the public. You will be able to explore the four-storey property and discover the hidden secrets within its 35 rooms, which have been designed with marble floors, glass chandeliers and a few peculiar artworks. There’s also a room with a huge pyramid structure that sits at the top of the mansion. Creepy. Do note though, that photography is banned and could land you a fine. Tickets for Al Qassimi Palace are priced at Dhs75 for individuals, or families and groups can enter for Dhs50 per person.

Unless you’re an invited guest, you won’t be able to see the inside of Zabeel Palace, or even get close to it, but its worth a visit. Surrounded by lush gardens, the palace faces Zabeel Park and even provides you a good view of the Dubai Frame. It is one of the homes of H.H. Sheikh Mohammed bin Rashid Al Maktoum, Vice President of the UAE and Ruler of Dubai so expect tight security. Some tour operators do make photo stops here so check in with them if its a part of their tour. 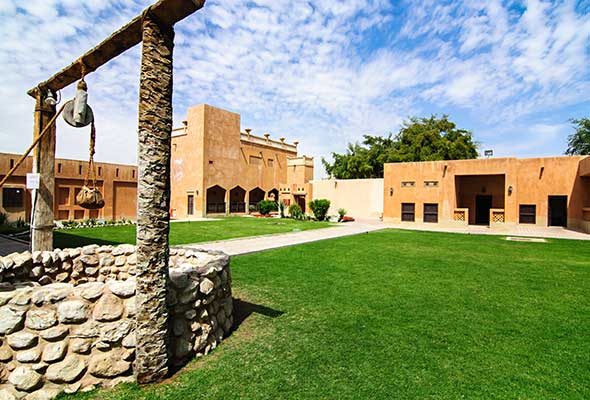 Al Ain Palace Museum also known as Sheikh Zayed Palace Museum is part of the palace of the late Sheikh Zayed bin Sultan Al Nahyan, the founding father of the UAE, and his family. Located on the western edge of the Al Ain Oasis, the palace was built in 1937 and later converted to a museum. Constructed using environmentally-friendly products such as clay and plaster stone, its design reflects many of the historical buildings of the UAE. If you visit the palace you will get to see several rooms that were used by the royals such as the reception room, upper majlis (called Albarzah), the outdoor courtyard, and also the room where Sheikh Zayed’s son used to study. More personal touches to the palace include a Land Rover placed in the courtyard which is said to the similar to the car that Sheikh Zayed used during his visits to check on the conditions of the communities in the region. Entry is free.

Culture
Things to do
EDITOR’S PICKS
13 Sheikh Hamdan-approved restaurants in Dubai
READ MORE
Dubai brunches temporarily banned in new preventative measures
READ MORE
12 upcoming Dubai mega-projects we can't wait for
READ MORE
16 of the best beach bars in Dubai for sundowners
READ MORE
MOST POPULAR
Enjoy brunch, breakfast and a stay at Westin Abu Dhabi from Dhs432
Get a free gym class at this cool new Dubai gym
Pics of the week: Your best photos of the UAE
Emirates Airlines and DHA to implement digital verification of traveller medical records
7 of the tastiest breakfast burgers, buns and baps in Dubai
YOU SHOULD CHECK OUT
Our website uses cookies and other similar technologies to improve our site and your online experience. By continuing to use our website you consent to cookies being used. Read our privacy policy here.