Skyline showcase: These are the most unusual buildings in Dubai

The most eye-catching hotels and towers in the emirate…

It’s strange to think that only 50 years ago Dubai looked completely different to the concrete jungle we reside in today. What was once a stretch of desert and ghaf trees, is now a metropolis of skyscrapers, resorts and man-made islands. Amongst the clusters of residential towers and office blocks, there’s some enchanting architecture created to catch the eye and stand out.

Here’s the most unusual buildings showcased in the Dubai skyline. 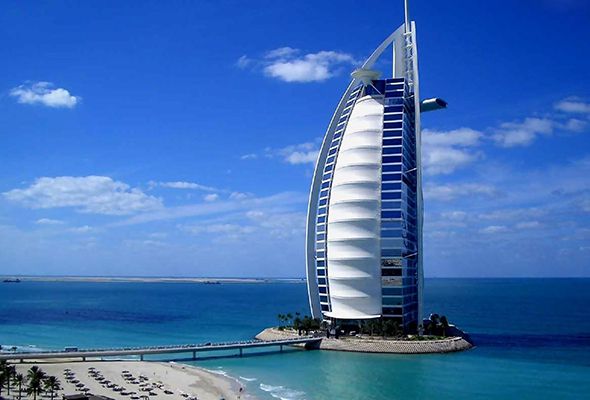 Built in 1999, Burj Al Arab is the fifth tallest hotel in the world (and the only seven-star). It was designed by architect Tim Watkins, who took inspiration from ‘the billowing spinnaker sail of a J-class yacht’. The building has a unique helipad element, which is suspended from the roof of the hotel and hangs out in front 210 metres above ground. 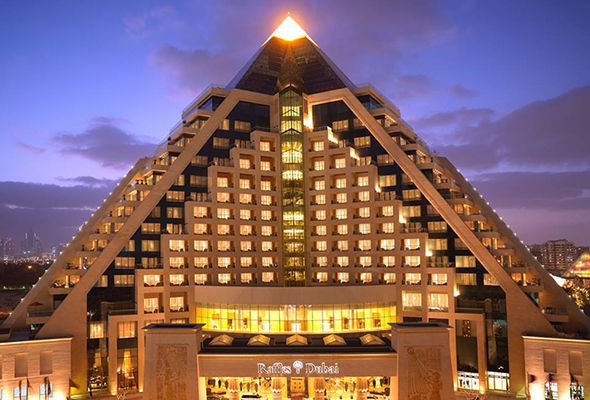 Inspired by Egyptian architecture (unsurprisingly), Raffles Hotel is a 19-storey pyramid in Wafi. Built in 2007 by Bryn Lummus, atop the pyramid is a gold beacon of light, shining bright in the city landscape. This was the first Raffles to be built outside of Asia so it was important to the architect to blend multiple cultures in one. 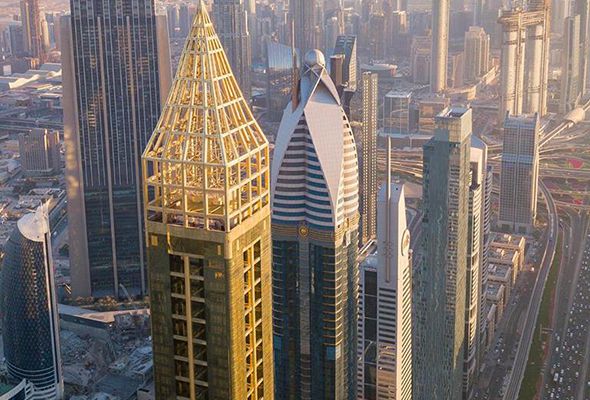 Despite being the tallest hotel in the world, Gevora wanted to make sure it doesn’t go unnoticed. Not only is the exterior 100 per cent gold (how Dubai!), the crown cone structure on the roof glows brighter than any other building every night, and can be seen from Palm Jumeirah when the weather is clear. 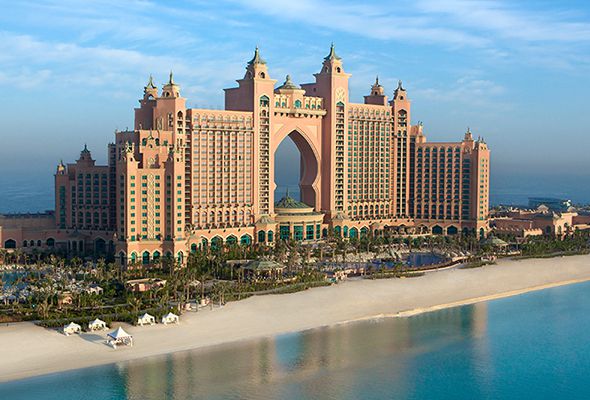 The first hotel to be built on Palm Jumeirah was Atlantis, The Palm and it has become a symbol for the iconic island ever since. The hotel is ocean themed, drawing inspiration on the original mythology of Atlantis island. The colour of the exterior was inspired by coral, while the interesting shape incorporated Arabic design elements. 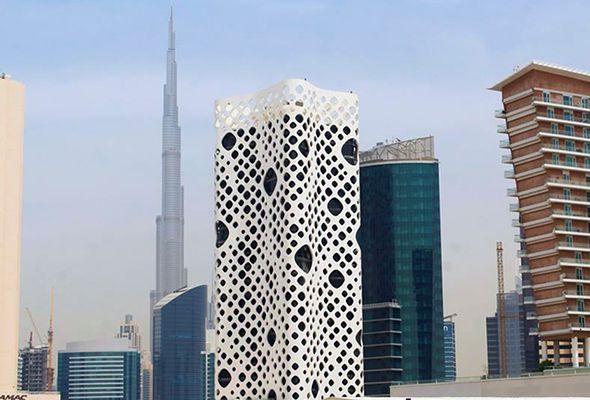 This Business Bay tower’s official name is O14, after the plot of land its built on, but it has a nickname that people are more familiar with – Swiss Cheese. The building has a 40 centimetre exoskelton, enabling its design to stand out among the rest but also acts as a cooling method with its 1,300 holes. 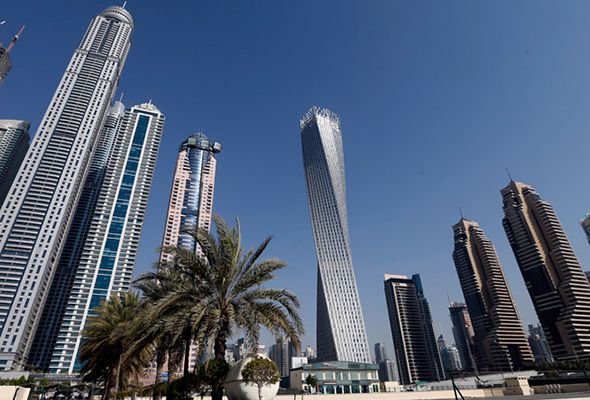 This twisty tower is the second tallest of its kind in the world (after it was built the Shanghai Tower took over). There’s a full 90 degree turn from top to bottom, making it stand out from the rest of the marina skyline. Cayan is a residential building standing at 75 storeys high. 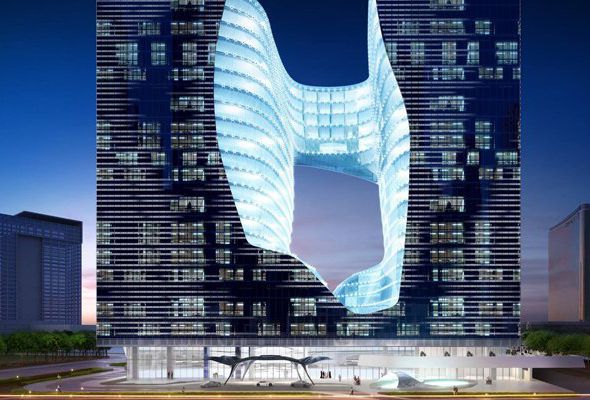 Designed by the late Dame Zaha Hadid, this unique structure opened earlier this year in Dubai’s Business Bay. It features a variety of residences, alongside the soon-to-open Me Dubai hotel, office space, a nightclub, 12 restaurants and a rooftop bar. You’ll find Maine Land Brasserie as well as Zuma’s sister restaurant, Roka, when the hotel opens in a few months. 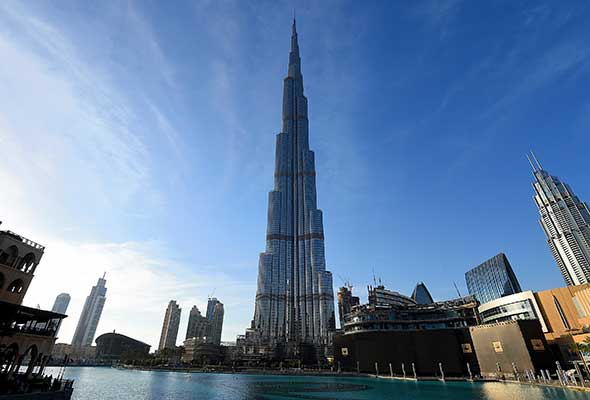 Despite being a decade old now, this iconic building hasn’t had any competition when it comes to its world record for the tallest tower. Standing at an eye-watering 829.8 metres, it still manages to take our breath away every time we see it. 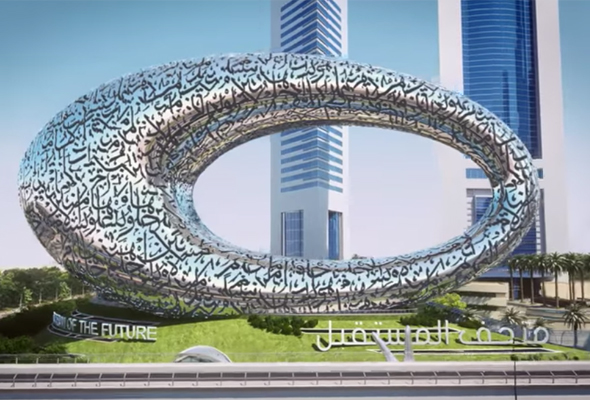 Not only is this the world’s first fully functional 3D printed building but once the construction on this mind-blowing project is complete, it might take the top spot for the most unusual building in Dubai. Opening later this year, the museum will take visitors to the year 2035, where they can discover innovations in science and technology.

Culture
EDITOR’S PICKS
13 Sheikh Hamdan-approved restaurants in Dubai
READ MORE
Dubai brunches temporarily banned in new preventative measures
READ MORE
12 upcoming Dubai mega-projects we can't wait for
READ MORE
16 of the best beach bars in Dubai for sundowners
READ MORE
MOST POPULAR
Enjoy brunch, breakfast and a stay at Westin Abu Dhabi from Dhs432
Get a free gym class at this cool new Dubai gym
Pics of the week: Your best photos of the UAE
Emirates Airlines and DHA to implement digital verification of traveller medical records
7 of the tastiest breakfast burgers, buns and baps in Dubai
YOU SHOULD CHECK OUT
Our website uses cookies and other similar technologies to improve our site and your online experience. By continuing to use our website you consent to cookies being used. Read our privacy policy here.