All of the new restaurants set to open at Palm West Beach, Palm Jumeirah

It looks set to be the hottest new spot in town…

Looking for your new hangout spot? One of the hottest upcoming places in Dubai that needs to be on your radar has got to be Nakheel’s Palm West Beach. You’ll find it on the trunk of Dubai’s Palm Jumeirah – a long stretch of sand which already lends itself to FIVE The Palm, Fairmont, The Palm and new boho beach bar, Koko Bay.

It is part of the 1.5km Park Promenade project on the Palm’s trunk, with a long boardwalk, lined on either side by fairy-light wrapped palm trees. Spaced out across the decking, looking onto the beach are a number of bungalow-style venues (or ‘gastro-hubs’ as one of the What’s On team proclaimed them), each of which will play host to a new restaurant.

As well as a number of eateries, a number of hotels and new residences are expected to open along the brilliant new beach destination. The prime location of Palm West Beach means visitors will have Insta-worthy views of the iconic Dubai Marina skyline in the distance, from every venue.

As yet, there isn’t much information around about Lucky Fish Dubai, which will be an entirely new concept in Dubai when it opens on West Palm Beach. On its Facebook page, it’s described as ‘a tropical seaside restaurant and lounge, featuring rustic island style elements combined with luxurious decor.’ It will share the same ‘bungalow’ as Aprons & Hammers, but will sit on the left-hand side.

For those who really like to get stuck into their food with out any fussy fine-dining, Aprons & Hammers is probably just what you’re looking for. The restaurant is into its seafood by the bucket load. We’re talking buckets filled to the brim with lobster, crab, jumbo shrimp and much more. Aprons on, it’s about to get messy.

Bohème Beach Dubai looks set to be a new beach bar and restaurant. Interior images shown on the boards surrounding this particular bungalow suggest that it will be decked out in neutral, simplistic designs, with exposed brickwork, soft furnishings and eclectic furniture.

You’ll be able to get your Mexican fix when Señor Pico opens on Palm West Beach soon. Judging by the restaurant’s website, it seems the opening is imminent, as opening times are listed as 12pm to 10pm every day. Drink and food menus are also available to view online. The cuisine is described as Mexican American, offering ‘re-energized classics and new favorites’. 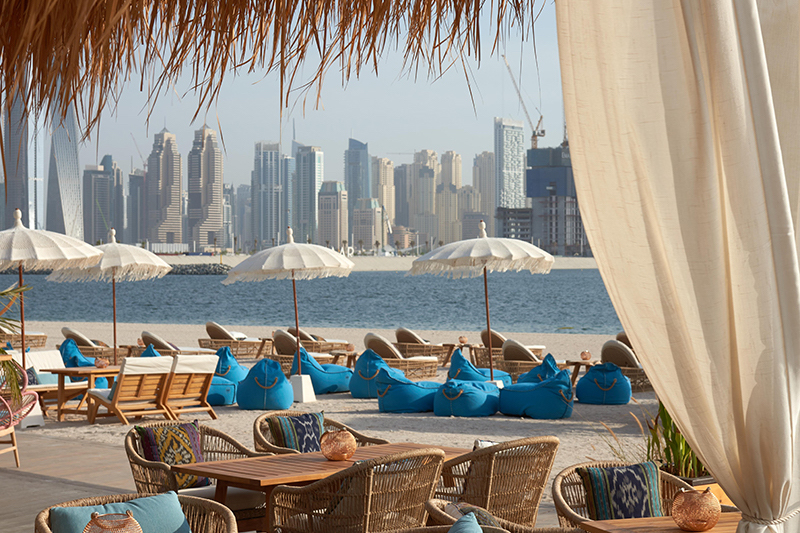 Since boho-chic, Bali-inspired bar, Koko Bay opened on Tuesday, September 1, it has proved extremely popular, with many Dubai residents flocking to catch the stunning sunset. Choose from seating inside the whitewashed beach shack-style restaurant or bag a seat on the decking or the sand, cocktail in hand and watch that sun go down over the iconic backdrop of the Dubai Marina. We recommend booking to get the best spot.

Jones The Grocer hails all the way from Australia, and has made a name for itself in Dubai. A number of existing branches exist around the city, from Dubai Mall to Emirates Hills, where it’s popular for its artisan food, from healthy breakfasts to hearty burgers and huge cheese selections.

Orange Chameleon opened in DIFC as a 24-hour lounge, back in November 2019. The restaurant-by-day, party-lounge-by-night concept promised dinner, drinks and shisha around the clock. We’re not sure if the newest venue will have the same opening hours, but we think we can expect some similar dishes on the menu, such as octopus, lobster linguine and tuna tartare

Look: Inside one of Palm Jumeirah's most exclusive new residences
A new boho beach bar is opening on Palm Jumeirah
All of the lavish new hotels set to open in Dubai soon
4 of the hottest restaurant openings in Dubai this month 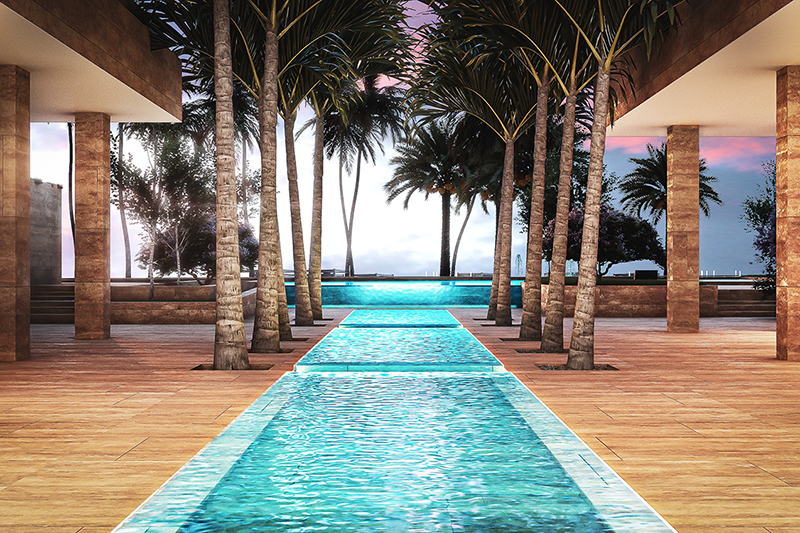 This particular venue is situated directly in front of the new One at Palm Jumeirah residences, which is slated to open in December, 2020. Residents living at the property will have exclusive access to the One Palm Beach Club & Restaurant: a 100-metre stretch of pristine private beach, complete with its own restaurant and beach club facilities, so it we wouldn’t be surprised if that’s what this one becomes. 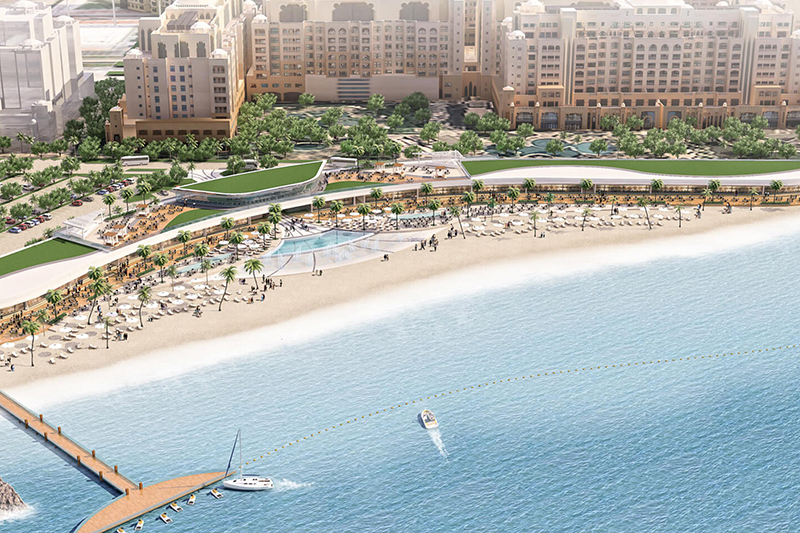 The St. Regis Beach Club is a massive project that’s currently under construction, and you’ll find it closest to the Dukes, The Palm hotel on the Palm West Beach stretch. While the beach club will occupy the sea-facing beach, you’ll find The St Regis Dubai, The Palm inside the 240 metre-tall Palm Tower. When it opens, the luxury beach club is expected to play host to a state-of-the-art gym and fitness centre, super-sized infinity pool on the seafront, plus dining options.

Eat & Drink
Restaurants
Things to do
EDITOR’S PICKS
Emirates: UAE residents can opt for PCR test on arrival from these countries
READ MORE
20 new Dubai restaurants to get excited about
READ MORE
You can now bring your pet along to Dubai's selfie museum
READ MORE
Review: Sonara Camp is unlike any other Dubai desert experience
READ MORE
MOST POPULAR
Take a tour around Etihad Arena, the new home of UFC
Drivers in Dubai to enjoy free parking on Thursday
Review: The Pangolin serves a little slice of luxe safari life
Renowned Cantonese restaurant Ling Ling to open at Atlantis, The Royal
Enjoy up to 90 per cent off at The Dubai Mall this weekend
YOU SHOULD CHECK OUT
Our website uses cookies and other similar technologies to improve our site and your online experience. By continuing to use our website you consent to cookies being used. Read our privacy policy here.