A Motorcycle Film Festival is taking place in Dubai this February

Culture
Events
Film
Things to do

The festival will take place over the course of three days…

If you love motorcycles, then this is one film festival that you don’t want to miss.

Dubai Motorcycle Fim Festival (DMFF) is the only film festival in Dubai that is dedicated solely to the screening of movies that focus on motorcycles as well as the amazing culture and camaraderie of the motorcycling community.

The three-day event will take place from Thursday February 25 to 27 at Warehouse Four and you can expect over thirty of the best dramatic, documentary and short films that reveal the passion of riders and the soul behind riding motorcycles. 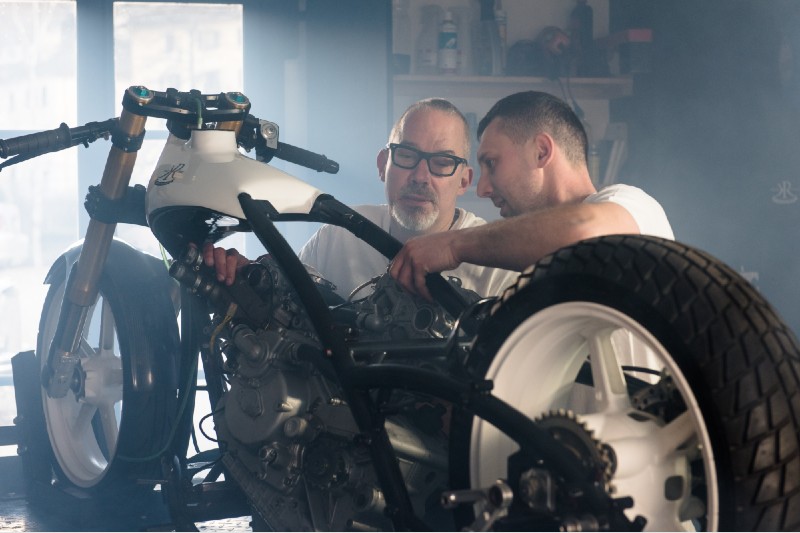 The films range from bike builds, to short character-driven films to full-length documentaries. You will even catch screenings that have been filmed by the local community who have unique stories to tell about their local bike scene which are unique. You can read more about the films here.

Is 'Mission Impossible' currently filming in the UAE's Empty Quarter?
Here's why you need to check out Ras Al Khaimah Fine Arts Festival
Need a few laughs? These comedians are coming to The Laughter Factory in February

According to the Festival Director and Partner at Warehouse Four, Ian Carless, ‘More people than ever are taking to two wheels which has resulted in a huge variety of motorcycle-inspired video content. We’re delighted to be able to showcase some of the best content from around the world at DMFF.’

There will also be a Viewers Choice Award which is based on audience votes.

The festival hopes to include a festival kick-off party as well as other activities which will be announced closer to the event.

Culture
Events
Film
Things to do
EDITOR’S PICKS
UAE holiday dates announced for Eid Al Adha
READ MORE
Emirates extends suspension of flights from India to UAE again
READ MORE
Coming soon: Everything we know about Ain Dubai so far
READ MORE
Khorfakkan set to open new tourist attraction 580 metres above sea level
READ MORE
MOST POPULAR
It's Dhs350 to brunch, stay and play at the What's On Lock In this weekend
Sharjah will soon be home to a floating theatre and other exciting projects
Legendary DJ Paul Van Dyk to bring Ibiza to Coca-Cola Arena this August
Emirates extends suspension of flights from India to UAE again
Abu Dhabi Green list updates: 20 changes to the quarantine free travel list
Barasti revamps its summer tent with stellar daily drinks deals
YOU SHOULD CHECK OUT
Our website uses cookies and other similar technologies to improve our site and your online experience. By continuing to use our website you consent to cookies being used. Read our privacy policy here.