Try something new: 8 fun new things to do in Dubai

From fresh dining spots to deals and things to do, we bring you our monthly round-up of new things to do in Dubai…

A new month brings new possibilities and a host of exciting new things to do in the city. We couldn’t be more delighted to let you know about the latest and greatest new things happening in Dubai right now.

Here’s eight new things to do in Dubai this month:

1. Check into a new hotel

If you’re looking for a new wow-worthy staycation spot, consider adding SLS Dubai to your list. The incredible 75-storey, 254-room hotel has been in the works for a while, and is officially open as of today, Monday April 5. Throughout the hotel you’ll find incredible views, and attention to detail at every turn. SLS is known as a fun lifestyle brand, and it has several animal-themed mascots hidden around the property.

2.  Dine at a new healthy cafe 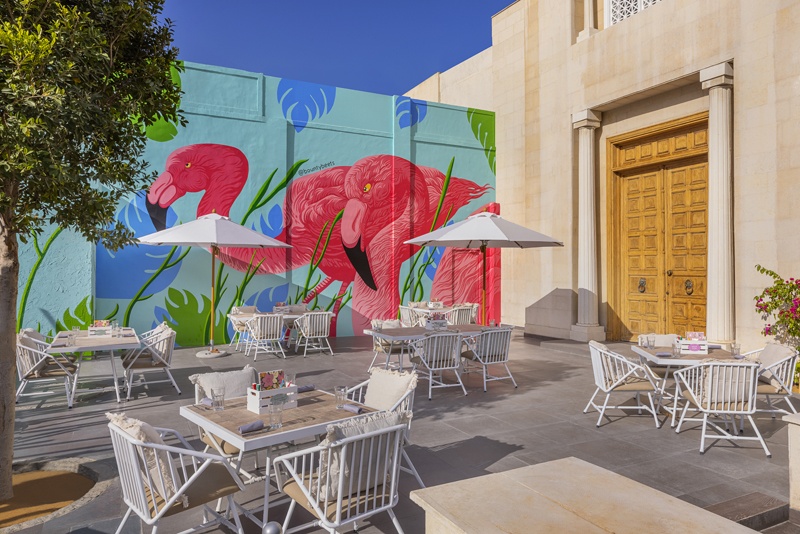 Recently What’s On revealed that popular Instagrammable healthy cafe, Bounty Beets, would be opening another branch in Dubai. Aimed at Downtown dwellers, the second edition promised to be just as aesthetically pleasing as its sibling, and boy did it deliver. The second edition can be found in Le Meridien Dubai Hotel & Conference Centre, Garhoud – just 10 minutes from The Dubai Mall.

3. Indulge in Japanese food at a new hotspot 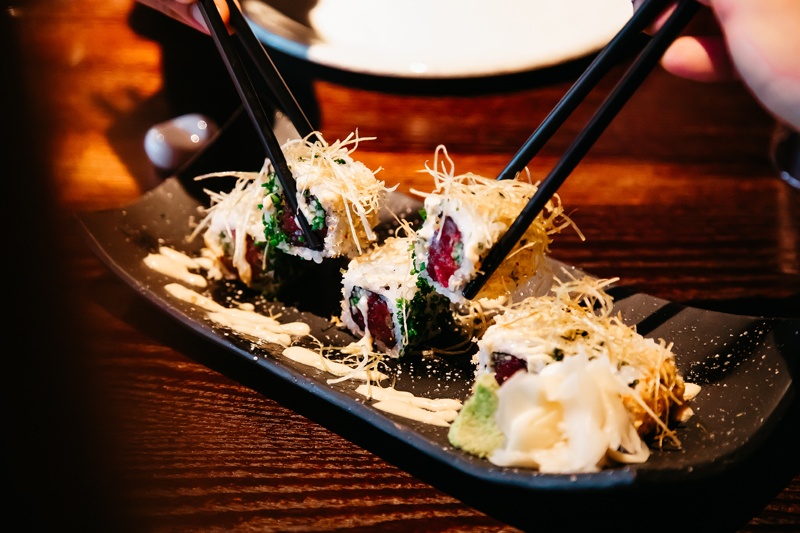 If there’s one chef who knows what he’s doing when it comes to Japanese cuisine, it’s Reif Othman. The acclaimed culinary master has a number of restaurants under his helm already, and now he’s been brought on to consult the menu for another. Ikigai, found in Millennium Place Dubai Marina, has just opened its doors, bringing the flavours of Far East Asia to Dubai. The laid-back restaurant and bar concept aims to fuse high quality Japanese street food at lunch and dinner, with an extensive cocktail menu for those chilled after-work vibes.

Three short months after Address Beach Resort first opened its doors, it’s much anticipated rooftop pool and restaurant have now also opened. The venue boasts incredible views of Palm Jumeirah and the Arabian Gulf, as well as Dubai Marina and Ain Dubai. Zeta Seventy Seven is the second instalment of the chic concept, Zeta, which first opened in Address Downtown. The restaurant serves a contemporary Asian menu, with guests able to book a table for lunch or dinner from now.

5. Pick up some premium meat 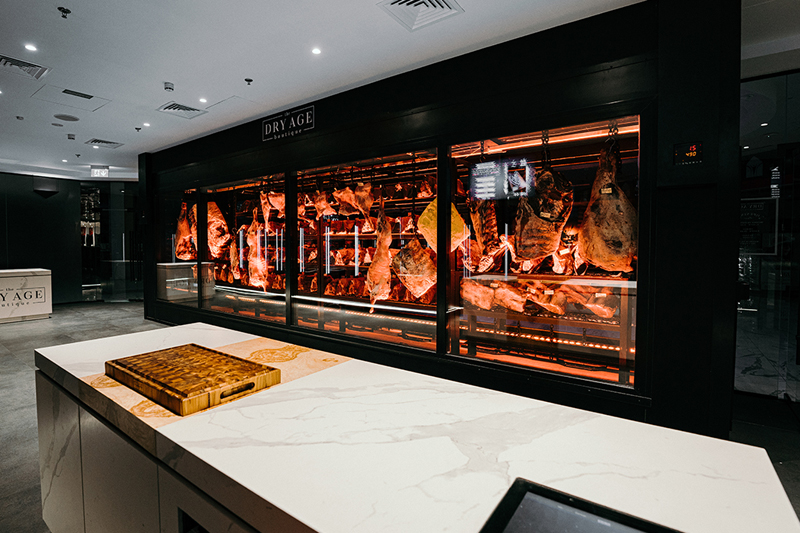 Until now, it’s been somewhat of a challenge to find dry aged meat in Dubai. It’s rarely found on a restaurant menu, and only a small amount of butchers have the means to supply it. Enter: The Dry Age Boutique, a specialist butcher shop now open in Wafi Mall. The Dry Age Boutique offers a huge range of high-grade meat cuts including dry aged beef, lamb, duck, deer or even camel. Modelled on a designer retail concept, guests will be assigned an associate on arrival, and will be given the opportunity to sample freshly-grilled meats in store.

6. Work up a sweat at this padel tennis court 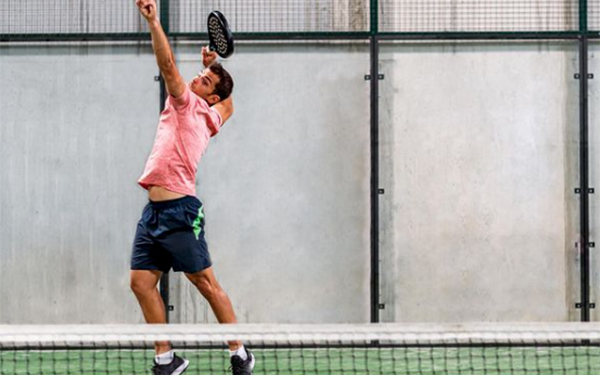 A brand new facility with padel tennis courts is set to open on Palm Jumeirah. It’s called Smash and you’ll be able to find it at the end of Palm Jumeirah’s popular fitness track, next to Golden Mile Building 1, opening on April 15. If you’re not familiar with padel tennis, it’s a form of raquet sport. It’s usually played in doubles on an enclosed court which is roughly three quarters of the size of a normal tennis court. Whilst the scoring is the same as normal tennis, the balls are used with less pressure.

For the last 2,000 years, humans have been making a delicious bubbly bread called focaccia. These ancient recipes are replicated in a brand new focacceria, called La Fabbrica Italiana, which just opened in the foodie district of Wasl 51, Dubai. The freshly baked breads come in 15 varieties and are topped with a huge range of sweet and savoury items, from truffle to parmesan and pesto or Nutella and pear. The rigorous fermentation process takes 72 hours, leaving the bread airy and delicious. 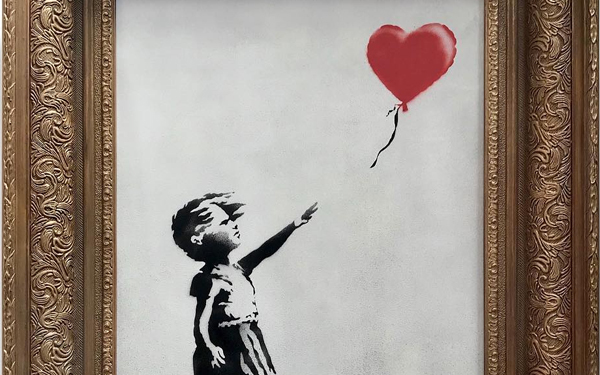 Street artist Banksy, known for being famously unknown, is the mystery man by some of the most renowned graffiti in the world. Now fans of the rebellious painter can see some of his most loved pieces on display in Dubai, as the travelling exhibition ‘The World of Banksy – The Immersive Experience’ comes to town. From Monday April 5 to Wednesday June 30, the exhibition will be taking over The Theatre at Mall of the Emirates. Featuring more than 120 unique original Banksy works, the frames and murals will be displayed for all to enjoy.

The Theatre, Mall of the Emirates, Al Barsha, April 5 to June 30, Dhs75. malloftheemirates.com

Best of
Things to do
EDITOR’S PICKS
Ain Dubai will open with fireworks, live music and a drone show
READ MORE
Incredible Aura SkyPool to open in Palm Tower this November
READ MORE
Brit Grand Slam hero Emma Raducanu confirmed for Mubadala Tennis
READ MORE
What’s On Nightlife Awards 2021: Here are the nominees...
READ MORE
MOST POPULAR
Free parking announced in Dubai on Thursday, October 21
Atlantis the Palm's Culinary Month is back with some amazing restaurants
7 fun spots to celebrate Halloween in Dubai with the family
The best places to watch the spectacular Ain Dubai fireworks show
This brunch serves up delicious Arabic dishes and non-stop captivating entertainment
YOU SHOULD CHECK OUT
Our website uses cookies and other similar technologies to improve our site and your online experience. By continuing to use our website you consent to cookies being used. Read our privacy policy here.