The Last Full Measure tells the true story of Vietnam War hero William H. Pitsenbarger (Jeremy Irvine), who personally saved over sixty men. During a rescue mission on April 11, 1966, he was offered the chance to escape on the last helicopter out of a combat zone heavily under fire, but he stayed behind to save more soldiers, little did he know that his decision will be fatal. Thirty-two years later, Pentagon staffer Scott Huffman, seeks out the testimony of Army veterans who witnessed Pitsenbarger’s extraordinary valor, in order to request a Medal of Honor for Pitsenbarger, but amid this journey he uncovers a high-level conspiracy inside the Pentagon. 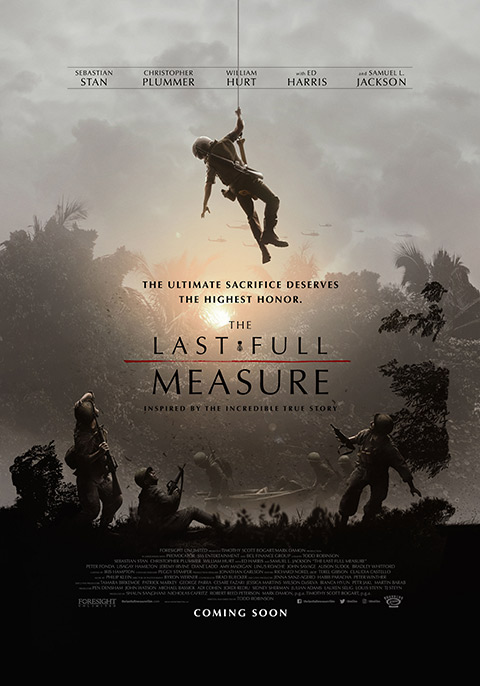