Image of the week: Up close and personal with the Burj Khalifa

In the first of a new series where we showcase the work of our brilliant photographers here at What’s On, we have this striking image of the Burj Khalifa taken from the Oasi Terrace at the Armani Hotel in Downtown Dubai.

The shot, which captures one of the world’s most iconic buildings in an original light, was taken by Farooq Salik at the launch of the Club Uno Di Peroni exclusive dinner evenings which celebrate Italian lifestyle.

Using a low shutter speed and an aperture of 1.6, Farooq captures the tallest building on planet earth in a special blueish glow, while the ISO is also a massive high of 2000 to capture the details at its best. 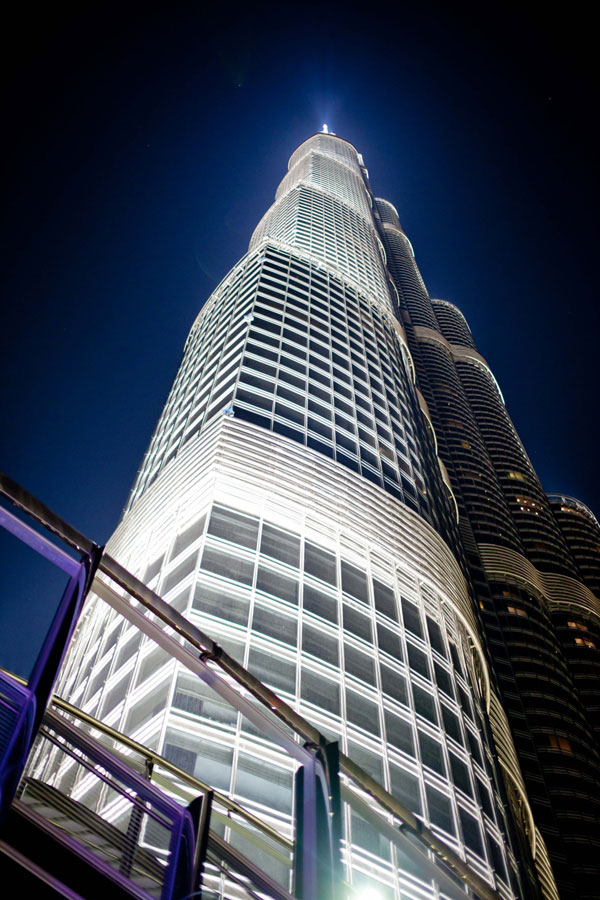 Central to the invite-only event, which was attended to by What’s On website editor Matthew Fortune, was the brilliant works of artist and interior designer Yasemin Richie.

There will be three more dinners taking place over the next three months in private locations all over Dubai, focussing on the themes of fashion (clothing), fashion (accessories) and food.

The event on the Oasi Terrace was entitled ‘La Dolce Vita’ – for the theme of art and film – saw Yasemin’s Storylines, which takes the frames of a film to create colourful and interesting art pieces, take centre stage beneath the stunning Burj Khalifa.

In her own words, the artists says: “Everyone has a favourite film. And everyone has a favourite Storyline. To look at a Storyline is to glimpse a film in its entirety. From the opening scenes to the closing credits. In the blink of an eye. The colour palette of the film – its very essence – is distilled and remade as a linear composition. All the drama, the vision, the tears, and the laughter in a beautiful and thought‐provoking image.”

Discussing the event, Yasemin added: “I’m thrilled to have been asked to host the first Club Uno Di Privato dinner at the Armani Hotel. It’s refreshing to see a brand like Peroni and Club Uno supporting art and film. I think the Storylines collection is a nice compliment to the theme because it mirrors both film and art and I look forward to welcoming our guests to an evening under the stars, overlooking Dubai.”

You can see more images from the event by clicking HERE. And for more on Club Uno Peroni Privato, click HERE.