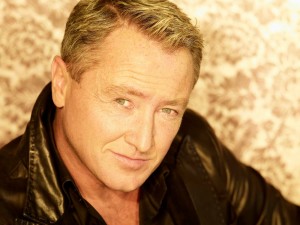 The legendary Lord Of The Dance is coming to Dubai, it has been announced.

The show, which claims on its official website to have been seen by more than 60 million people in 60 different countries on every continent since its inception in 1996, returns to the UAE for the first time in a decade.

The two-day run on March 27-28 will incorporate three shows at the Dubai World Trace Centre, and will cost Dhs250.

For that guests can expect all the energy and excitement which catapulted frontman Michael Flatley into the public limelight in the mid-90s. Originally the star of Riverdance, the dancer split from the show which made him famous and created Lord Of The Dance.

Described as ‘a magical adventure of sight and sound that transports its audience to a mythical time and place, lifting the spirits and capturing the hearts of all who experience it’, the show has smashed records wherever is gone, selling out some of the world’s most iconic venues.

“The traditional style was performed with the upper body quite still and the arms down by the side,” dance director Marie Duffy Pask explains. “The soft shoe for the girls may be considered slightly balletic, but the techniques are different. In the heavy shoe which is performed by both males and females, it sounds like tap, but it’s more powerful and strenuous. Similarly with flamenco, it’s far more intricate in its footwork.”

She adds: “I feel that the success of the show is greatly due to the wonderful young dancers and their dedication. And the energy that they project never fails to bring an audience to its feet.”

HIGHLIGHTS FROM CLASSIC LORD OF THE DANCE SHOWS

BUT IS IT YOUR FAVOURITE LORD?

Culture
News
Theatre
EDITOR’S PICKS
UAE holiday dates announced for Eid Al Adha
READ MORE
Emirates extends suspension of flights from India to UAE again
READ MORE
Coming soon: Everything we know about Ain Dubai so far
READ MORE
Khorfakkan set to open new tourist attraction 580 metres above sea level
READ MORE
MOST POPULAR
It's Dhs350 to brunch, stay and play at the What's On Lock In this weekend
UAE weather: Temps of over 50ºC recorded in the shade yesterday
Get a free Expo 2020 day pass when you fly with Emirates
A popular fairy-tale is gracing the stage at The Theatre at Mall of the Emirates in August
UAE petrol prices will increase again in August 2021
Exclusive interview: John Cena on his role as a 'douchey Captain America'
YOU SHOULD CHECK OUT
Our website uses cookies and other similar technologies to improve our site and your online experience. By continuing to use our website you consent to cookies being used. Read our privacy policy here.