NEW EATS
Toku
Stripped-back Japanese minimalism couldn’t be more at odds with Dubai’s ‘look at me’ attitude, but new restaurant Toko has brought an element of zen to Old Town – and we think it fits in perfectly. Originally launched in Sydney, Australia, it has gone on to scoop several worldwide culinary awards in its seven-year existence. And now they are in Dubai, at Vida Downtown Hotel.
Vida Downtown Hotel, Dubai. Tel: (04) 4286823. Taxi: Vida Downtown Hotel. vida-hotels.com

Tortuga
Madinat Jumeirah has opened the doors to it’s new Mexican restaurant at Mina A’Salam. The vibrant and colourful kitchen and bar is headed by the award-winning Mexican chef Carlos Hannon, who brings with him experience working in Las Vegas, New York, Belgium, Spain, Saudi Arabia, Japan, and the British Virgin Islands. At the heart of Tortuga will be the philosophy ‘Mi casa es su casa’, which means ‘My house is your house’.
Souk Madinat Jumeirah, Mina A’Salam, Dubai. 12pm-2am. Tel: (04) 366 6730. jumeirah.com 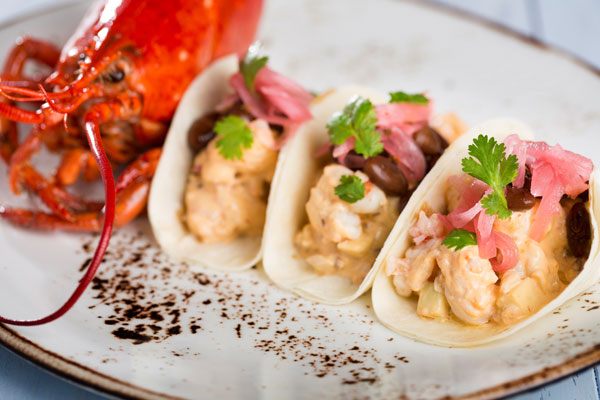 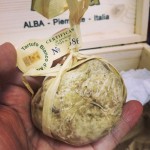 Ruth’s Chris
Already a big hitter on the Dubai dining circuit, Ruth’s Chris this weekend launches its new three-course truffle menu, which is available every Monday. They claim guests who know little about truffles need not worry with the chef giving personal explanations about the use of the fabled ingredient. The experiences comes in at Dhs450 per person for a three-course set menu, including one glass of wine per course.
The Address Dubai Marina, Dubai, Sun to Thur noon to 4pm, daily 6pm to 2.30am. Tel: (04) 4549538. ruthschris.ae

Eugenie 1856
Experience the traditions of the French Royal Palace while savouring the flavours of the renowned gourmet tea selection, Mariage Frères, alongside some of the most beautiful sweet treats available in the UAE. With a selection of over 30 varieties of tea, guests to this classical ‘salon de thé’ can enjoy their pick of fresh blends while overlooking the world-famous Dubai fountain. A takeout option is also available.
Eugenie 1856, Souk Al Bahar, Downtown, Dubai. 9.30am-1.00am. Tel: (04) 4207 741. Taxi: Souk Al Bahar. eugenie1856.com/

Qbara
They say we eat first with our eyes, so a dish that looks uncannily like a pile of hair should be a disaster. But we found just that on the menu at new restaurant Qbara, and – having been brave enough to try it – we’ll definitely be back for a second helping.
Wafi Fort Complex, next to Raffles Hotel, Dubai, Sat to Wed 6pm to 2am, Thur and Fri 6pm to 3am. Tel: (04) 7092500. Taxi: Raffles Hotel. qbara.ae.

LOOK AFTER YOURSELF
Shuiqi Spa, Atlantis the Palm
The revamped fitness centre at Atlantis the Palm opened its doors this week, becoming the first gym in the Middle East kitted out with futuristic ARTIS equipment. Provided by official Olympic Games supplier Technogym, the machines feature innovative interactive consoles, allowing you to access your favourite training programmes, track your progress, or post a suitably smug status on Facebook. They’re also fitted with webcams, so you can even Skype your trainer for a quick pep talk if you find yourself flagging. Alongside the cardio and strength machines Atlantis has installed two ‘functional’ stations, including the OMNIA. Described as a ‘group functional training space’, OMNIA can be used by up to eight people at once, and looks a bit like a jungle gym for health-conscious adults. In addition to the high-spec new equipment, we spotted a water station flavoured with slices of various fresh fruits, and a mini sports equipment shop in case you forget your trainers.
Shuiqi Spa and Fitness Centre, Atlantis the Palm, the Palm Jumeirah, Dubai, daily 10am to 10pm. Tel: (04) 4262000. Taxi: Atlantis the Palm. atlantisthepalm.com 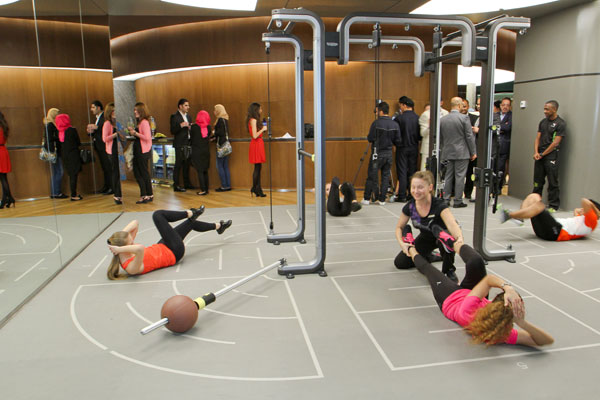 In Balance Spa
To celebrate the launch of In Balance Spa by Novotel, those in need of some R&R are being offered a 2-4-1 promotion across selected treatments and special packages. So if you are in need of a back and shoulder massage (Dhs250), or fancy the full body (Dhs250) then why not buy one and treat a friend? Other treatments available are rejuvenating head and shoulder (Dhs250), foot massage (Dhs220), chocolate and orange massage (Dhs330) and more.
Novotel Al Barsha, Sheikh Zayed Road. Daily. Tel: (04) 304 9000. Metro: Sharaf DG. novotel.com 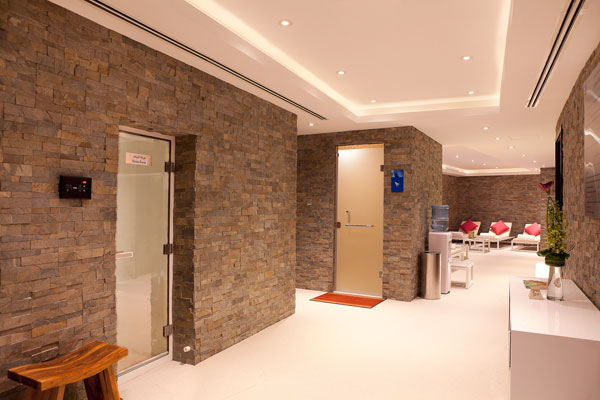 Table tennis in the park
Wiff-waff, ping-pong or simple old table tennis, whatever you call it, you can now play with the old bat and ball in one of Dubai’s many parks. Starting with Safa Park, tables will be installed in selected parts of the Emirate and will be free to use with the aim to encourage people from all walks to discover – or practice – the sport. Al Mamzar, Al Barsha, Al Wasl and Mushrif Parks will also have tables as part of the first stage, while tables will be rolled out at further parks in the coming months. 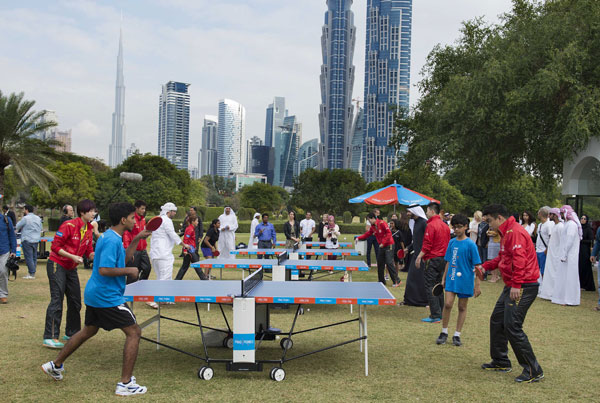 HIT THE TOWN
Sintillate at Movida
This special event at one of Dubai’s biggest and best clubs first appeared in the UAE way back in 2008, and has previously been responsible for bringing the likes of Bruno Mars, Drake, Katie Price and The Wanted to the stage. This Thursday British crowd-pleaser Dan Healy will be on the decks for a night that kicks off at 11pm and is free throughout.
Radisson Royal Hotel, Sheikh Zayed Road, Dubai. Tel: (05) 5174 4449. Taxi: Radisson Royal. Friday 11pm – 3am. Free entry. movida–club.com 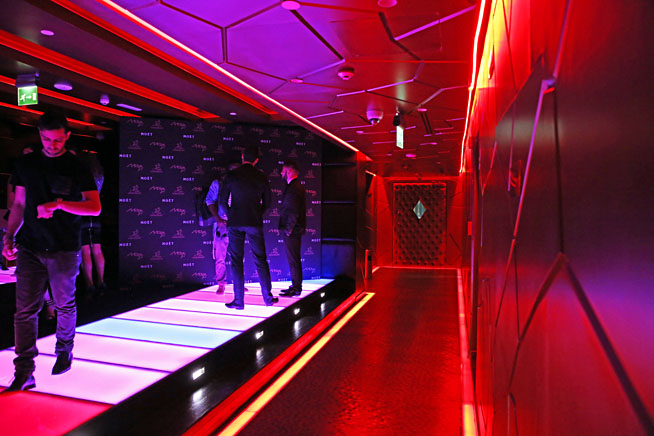 Be the one per cent
The makers of the viral marketing campaign Occupy Sundays have just announced its first destination as Cavalli Club. And undeterred by last week’s late cancellation due to special guest Jeremiah being unable to jet in from the USA, they will launch this Sunday with Krystal Roxx. The campaign urges people to log onto their website occupysundays.com and take the test to find out if they qualify. If successful, selected individuals will receive an email confirmation inviting them to the exclusive launch.
Fairmont Hotel, Sheikh Zayed Road, Dubai. Tel: (04) 3329260. Metro: World Trade Centre. cavalliclubdubai.com

MiXTAPE Rewind
On January 17, those of you hanging around near Emirates Golf Club could be forgiven for thinking you had entered a timewarp somewhere near the Sheikh Zayed Road and returned to time where dance and disco ruled the airwaves. What you will be hearing are some of the star turns of 1970s, 80s and 90s dusting off their drum kits for a reunion gig for retro pop concert. For all you need to know about the artists taking part – Boney M, N-Trance, Dr Alban, Snap!, Vengaboys – visit our video tribute.
Emirates Golf Club, Dubai, 8pm, Dhs275. Tel: (04) 4570336. Metro: Nakheel.facebook.com/SundanceLIVE 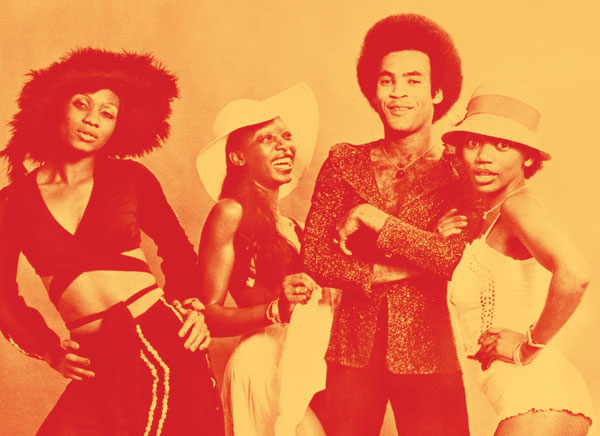 Rodney P
From his days in seminal hip hop group London Posse to touring worldwide with The Dub Pistols, Rodney P’s hip hop/reggae vibe is distinctly rooted in the UK. The Riddim Killa spits some tru thoughts prior to rocking out for Sunny Vibe Up. You can hear more from Rodney right here.
Dusk Terrace, Radisson Blu Hotel, Media City. Tel: (056) 6920196. Friday, 2pm to midnight. Cost: Dhs90 in advance, Dhs120 on the door. Metro: Nakheel

LIVE ENTERTAINMENT
International Kite Fiesta
The third International Kite Fiesta will light up the sky above Dubai Outlet Mall on Friday January 17, showcasing both the fun and more competitive side of kite flying. Teams from India, Sri Lanka and Kuwait lead the way for the serious side of the event, while kids workshops keep the whole family interested in the timelessly classic hobby. Kicking off at 10am, it lasts through to until 5pm, with organisers Gold’s Gym promising plenty of entertainment as well as that in the sky.
Dubai Outlet Mall, Al Ain Road. 10am-6pm. Tel: (05) 0920 0713. Dhs30. 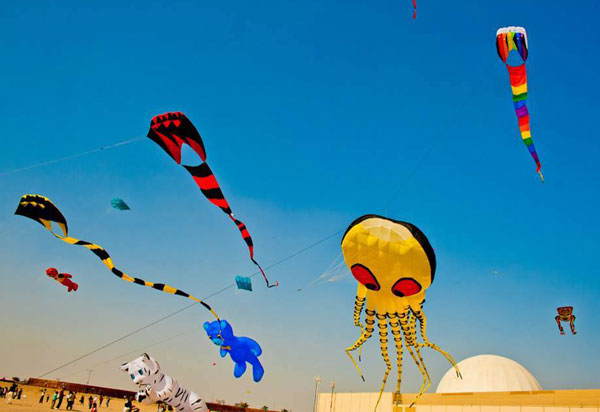 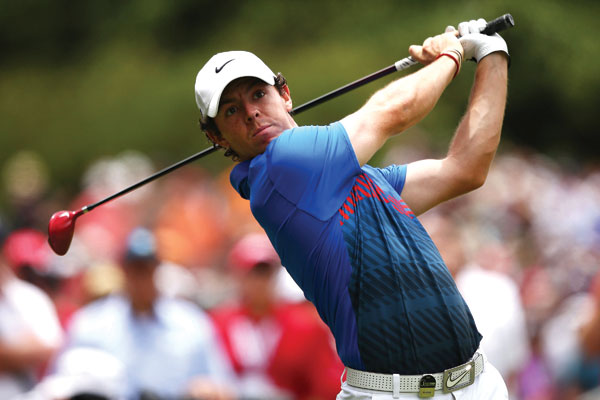 Punchline Comedy
When the dust has settled on the festive season and the work routine starts again, there’s nothing like a laugh to keep your spirits up. Punchline Comedy Club is just the tonic, returning on January 16 with comedians Jonny Awsum, Alex Boardman and Phil Butler. Guitar-wielding Awsum is a regular at British haunts Jongleurs, The Glee Club and the Comedy Store, and also tours internationally with his loveable, feel-good persona. Boardman’s mix of wit and charm lets him spin a yarn that takes us wherever his fancy decides. The Mancunian hit the comedy scene in 1998 and he’s since performed extensively with UK comic John Bishop. Butler takes a more physical approach to comedy and his CV includes performing for troops in war zones – he even has a medal to prove it.
Jumeirah Creekside Hotel, 9pm. Metro: GGICO; Dhs150. Tel: (04) 4456842. facebook.com/punchlinemiddleeast

Laughter Factory
Justin Moorhouse, or Phoenix Nights fame, is the star turn alongside Mike Gunn and Paul Singa at Movenpick JBR on January 16 and 17, and then at the Els Club on January 18.
thelaughterfactory.com

We Are The Champions
Billed as the tribute of all tributes, We are the Champions pays homage to musical icons from Freddie Mercury to Michael Jackson, via Tina Turner and Elton John. It’s not all golden oldies, more contemporary hitmakers like Pink are in there too. The 10-piece cast are at Madinat Theatre from January 16-18 for a series of thrilling shows packed full of five decades worth of hits. The musical theatre production celebrates 50 years of unforgettable pop music with performances of passion, soul and flair befitting those who bought the original hits to the world.
Madinat Jumeirah, Al Sufouh Road, Dubai. Tel: (04) 3666546. Taxi: Souk Madinat. madinattheatre.com

News
Things to do
EDITOR’S PICKS
Exclusive Reveal: Topgolf Dubai is here and ready for action
READ MORE
65 of the best outdoor bars and terraces in Dubai
READ MORE
7 brilliant dining deals in Dubai this month
READ MORE
18 of Dubai's most Instagrammable breakfast spots
READ MORE
MOST POPULAR
Abu Dhabi updates road entry requirements - January 2021
Did you feel it? Minor earthquake tremors felt by UAE residents
The stunning Hermès Carré Club is now open in Alserkal Avenue
Pics of the week: Your best photos of the UAE
Watch: A look inside Conor McGregor's Dhs20,000 per night Dubai villa
YOU SHOULD CHECK OUT
Our website uses cookies and other similar technologies to improve our site and your online experience. By continuing to use our website you consent to cookies being used. Read our privacy policy here.