Creator of TV comedy The Fast Show, writer for Harry Enfield and one of the UK’s finest comic actors, Charlie Higson then became a bestselling author of four crime novels, the Young James Bond series for younger readers and zombie horror series The Enemy. Which was nice.

Give us a book jacket summary of what you write. Teenagers vs zombies in a world where all the adults have died.

What has been the proudest moment in your career? There have been many moments and many careers. I started out as a pop singer in the ’80s, became a comedy writer for TV, then a performer, and then I created The Fast Show. I’ve written film scripts, TV drama, comics, novels for adults and children, and I’ve made radio series. Hard to pick one moment, but winning the Bafta with The Fast Show for best comedy series was pretty good.

What is the sentence you would like to be remembered by? One literary critic called me the missing link between Brett Easton Ellis and Dick Emery, which was nice.

Are you an early morning writer or a night owl? It takes me all day to warm up. I’ve always hated the mornings. Before I had kids I would write in the evenings and into the night. Now I concentrate my energies on the afternoons, unless my family is away.

What’s the most inspiring book you’ve read? When I was 14 I got lost in The Lord Of The Rings and never wanted it to end. The feeling that a book can transport you out of your own mundane little world into another time and another place is magical. And inspiring.

And the funniest? The funniest book I’m currently reading is Love, Nina by Nina Stibbe. It’s a collection of real letters from a nanny working for the arty set in North London in the 1980s.

Kindle or a book? Both. But I prefer the experience of reading a physical book. Books have personalities. Everything on a Kindle looks and feels the same.

What advice would you give to aspiring writers? Please don’t do it. I don’t need the competition.

To return to our Emirates Airline Festival of Literature homepage, click here.

Charlie’s wasn’t always a hit writer. He starred in BBC sketch show The Fast Show in the 1990s, playing, among other characters, Swiss Tony. 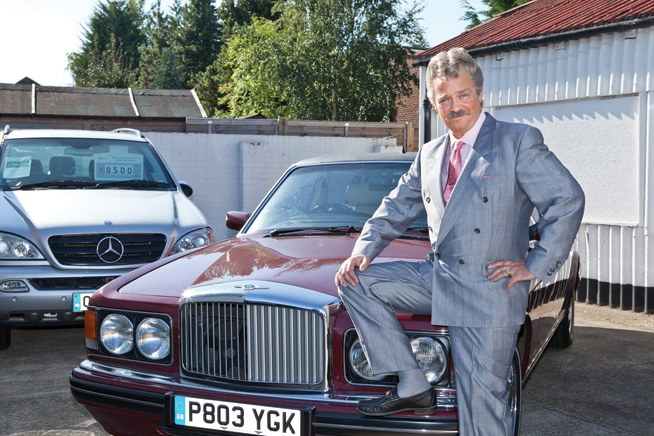 Culture
EDITOR’S PICKS
What’s On Nightlife Awards 2021: Here are the nominees...
READ MORE
It's back! What's On Lock In returns to Media One Hotel
READ MORE
Arts and culture: 5 spots we can't wait to visit at Expo 2020 Dubai
READ MORE
UAE petrol prices are set to decrease in September 2021
READ MORE
MOST POPULAR
CHICAGO, The Musical is coming to Dubai Opera in January 2022
Popular botanical bar Flair 5 reopens for the winter season
VidCon Abu Dhabi 2021 now confirmed, guests include Supercar Blondie
Watch: Expo 2020's official song has been released and it's seriously catchy
A Shakespeare rom-com is gracing the stage at The Junction this weekend
YOU SHOULD CHECK OUT
Our website uses cookies and other similar technologies to improve our site and your online experience. By continuing to use our website you consent to cookies being used. Read our privacy policy here.