8 ink-redible reasons to visit the Octopus at Dubai Aquarium

Dubai Aquarium and Underwater Zoo has unveiled its latest addition to take up residence ­in the mall – a Giant Pacific Octopus.

This is the second new addition to the Dubai Aquarium and Underwater Zoo this summer. Earlier in June, one of the world’s largest reptiles, King Croc and his female companion, arrived from Australia to take up residence in a newly built enclosure. At 40 years old, King Croc is a whopping 750kg and over five metres long.

Here are eight (see what we did there?!) reasons why you should go and visit their newest recruit:

1. They’re one of the most intelligent invertebrates, able to remember a route through a maze after only a couple of attempts.
2. This tent-e-cool creature could be an animal oracle like Paul the Octopus, who accurately predicted wins throughout the FIFA World Cup 2010.

3. Giant Pacific Octopuses are so flexible, they can fit through a hole the size of a lemon.
4. When an octopus is fleeing danger – after it releases its cloud of ink – it can reach speeds as high as 40km/hr.
5. They’re masters of disguise, able to change colour at will to express mood, comfort levels and intentions to nearby animals.
6. They inspire Bond films. 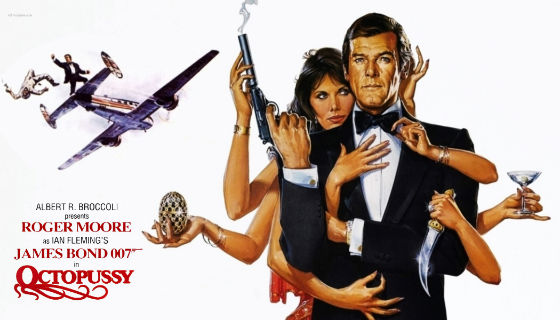 7. They’re good hunters – they survive mostly on lobsters, clams, shrimp and fish, but have been known to attack sharks and birds. Yikes!
8. They are the go-to villain in Disney movies – think the Kraken in Pirates of the Caribbean and Ursula in The Little Mermaid.

News
EDITOR’S PICKS
Ain Dubai will open with fireworks, live music and a drone show
READ MORE
Incredible Aura SkyPool to open in Palm Tower this November
READ MORE
Brit Grand Slam hero Emma Raducanu confirmed for Mubadala Tennis
READ MORE
What’s On Nightlife Awards 2021: Here are the nominees...
READ MORE
MOST POPULAR
The Cheeky Camel is JLT's newest neighbourhood restaurant
Virgin Megastore has got some MEGA giveaways for its 20th UAE birthday
New rules announced for private parties and weddings in UAE
Abu Dhabi launches Jubilee pass to more than 50 attractions
New films to watch in cinemas this week: October 21 to 27
YOU SHOULD CHECK OUT
Our website uses cookies and other similar technologies to improve our site and your online experience. By continuing to use our website you consent to cookies being used. Read our privacy policy here.