What’s on has news of Dubai film awarded best narrative short at the 2014 International Independent Film Awards. Watch trailer for Faith in Love.

Emirati filmmaker Alwiya A Thani has been awarded gold in the Narrative Short category at the 2014 International Independent Film Awards for her short film, Faith in Love.

The romantic comedy premiered at the 2013 Dubai International Film Festival. It follows the story of two Dubai residents who are unlucky in love and, through a series of events that take place in the film, they are able to restore their faith in love once again. 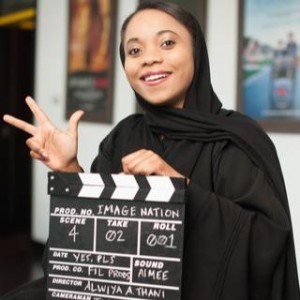 “As an Emirati, opting to create a film of this genre and using a multicultural cast to do it was somewhat out of left field, so winning this award is particularly significant,” said Alwiya. “I would love for this to be the catalyst for more Emirati producers to follow suit and expand into this type of film. It would help highlight the vibrant cosmopolitan culture that we have embraced here in the UAE.”

The International Independent Film Awards are dedicated to identifying and celebrating the work of independent filmmakers, screenwriters and artists from around the world and giving them the opportunity to showcase their work to a bigger audience.

Faith in Love has also been selected for screening at a number of international film festivals.

Faith in love Trailer from Alwiya Thani on Vimeo.

Culture
Film
EDITOR’S PICKS
Here's the full list of UAE public holidays in 2023
READ MORE
23 incredible things to look forward to in the UAE in 2023
READ MORE
Hidden gems: 10 UAE desert pop-ups to discover this winter
READ MORE
Where to travel in 2023: 10 new flight routes from the UAE
READ MORE
MOST POPULAR
Ras Al Khaimah Fine Arts Festival returns this weekend
The best new bars in Dubai
15 Dubai pool and beach passes that are all fully redeemable
Try something new: 21 brilliant new things to do in Dubai
Dr Who, C3PO, Andy Serkis and more celebs confirmed for Comic Con
YOU SHOULD CHECK OUT
Our website uses cookies and other similar technologies to improve our site and your online experience. By continuing to use our website you consent to cookies being used. Read our privacy policy here.