Ice skating in Dubai - where to go

What’s On celebrates Disney On Ice with a list of places to go ice skating in Dubai and Abu Dhabi, including Dubai Ice Rink, Al Nasr and The Galleria.


Four classic Disney movies plus 39 skaters from six countries add up to a cool show, Rockin’ Ever After, and it’s in Dubai this September. And, feeling inspired by seeing Mickey and the gang in Disney On Ice, we’ve compiled a list of the places to get your skates on in the UAE.

Dubai Ice Rink
With 1,500 square metres of ice, the Dubai Ice Rink in The Dubai Mall is currently the largest, newest, and by far the nicest option in the city. If you’re keen to up your skating game they have coaches offering private lessons to children and adults. Skates can be hired for free and there are penguin-pal aids for children to hold on to while they find their feet. It’s a safe place to practise, or even learn the sport for the first time, as they have several guards watching the ice who will come to your rescue. 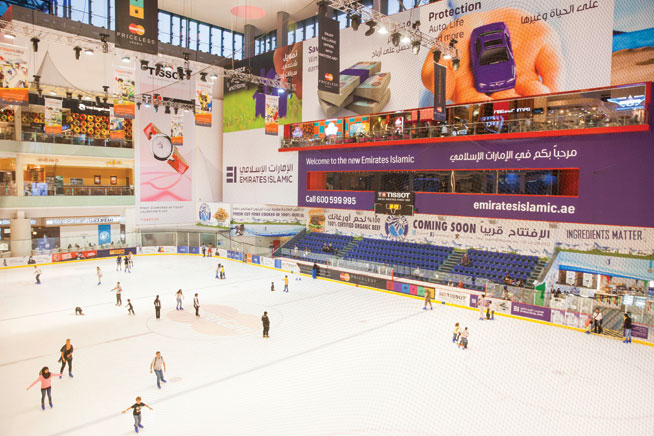 Al Nasr Leisureland
It’s hard not to hold a little soft spot for this old-school leisure complex. It may look a little worn around the edges but its retro appeal – and licensed bowling alley – keep people coming through the doors. The ice rink is Olympic-sized with old wooden seats lining the arena. They’ve also got youth figure skating and hockey instruction. The opening times vary each week, so call ahead.

The Galleria
Only in Dubai would you find an ice rink in a hotel. Originally built in 1980, it’s the oldest one in the city, and at 590 square metres it’s also one of the smallest – roughly a third of the Dubai Ice Rink. 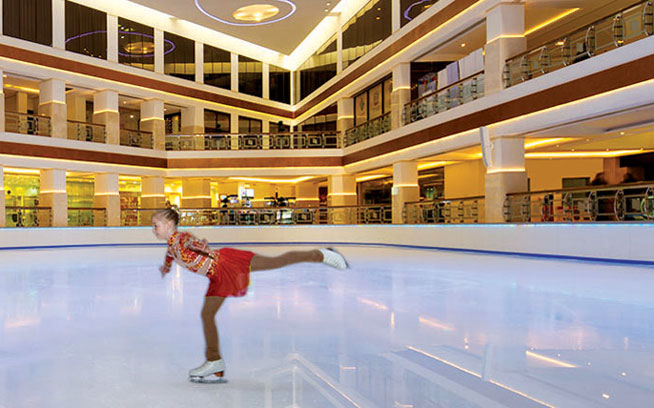 Arabian Centre
Children can take to the ice at Arabian Centre’s ‘iceless’ rink, which features synthetic ice that is less slippery than the real thing, making it great for children. But at only 145 square metres, there’s not much space to practise your triple salchows.

Abu Dhabi Ice Rink
Aspiring Torvill and Deans can make their way to the city’s only Olympic-size skating surface at the impressive Zayed Sports City complex. Abu Dhabi offers several different coaching deals, from individual and group sessions to mother and infant classes. It’s also home to the UAE National Ice Hockey team – you can learn to play and join the amateur league.

Indoor
News
Sport & Fitness
Things to do
Workouts
EDITOR’S PICKS
UAE holiday dates announced for Eid Al Adha
READ MORE
Emirates extends suspension of flights from India to UAE again
READ MORE
Coming soon: Everything we know about Ain Dubai so far
READ MORE
Khorfakkan set to open new tourist attraction 580 metres above sea level
READ MORE
MOST POPULAR
A completely spoiler-free movie review of The Suicide Squad
Review: It's chilled vibes all the way at Jumeirah Islands Clubhouse
Review: Carna Dubai, a vibrant steakhouse 74-storeys high
Pics of the week: Your best photos of the UAE
New films to watch in cinemas this week: August 5 to 11
YOU SHOULD CHECK OUT
Our website uses cookies and other similar technologies to improve our site and your online experience. By continuing to use our website you consent to cookies being used. Read our privacy policy here.