Freshly Ground Sounds is back for a new season

What’s On pals Hype get the lowdown on Freshly Ground Sounds, which showcases local talent performing live music in Dubai, at Dubai Garden Centre and more.

The first gig of Freshly’s first season in November 2013 had two amps, six musicians, one mic and about 40 attendees. Almost one year on, Freshly Ground Sounds has a regular full set-up on stage and a strong fan base who arrive in their hundreds.

And now, after a series of pop-up gigs – or ‘pre-season warm-up’, the crew are back with a Saturday afternoon of live local music. The launch of the new season takes place in an open-air urban garden with a BBQ, a grand stage, new acts, old favourites, pop-up stalls from independent lifestyle brands and fun freebies for Freshly fans.

Other venues likely to be transformed this season include The Magazine Shop, The Archive and The Roseleaf Café. Every Freshly Ground Sounds event has a roster of six to ten singers or bands that each perform a handful of songs. 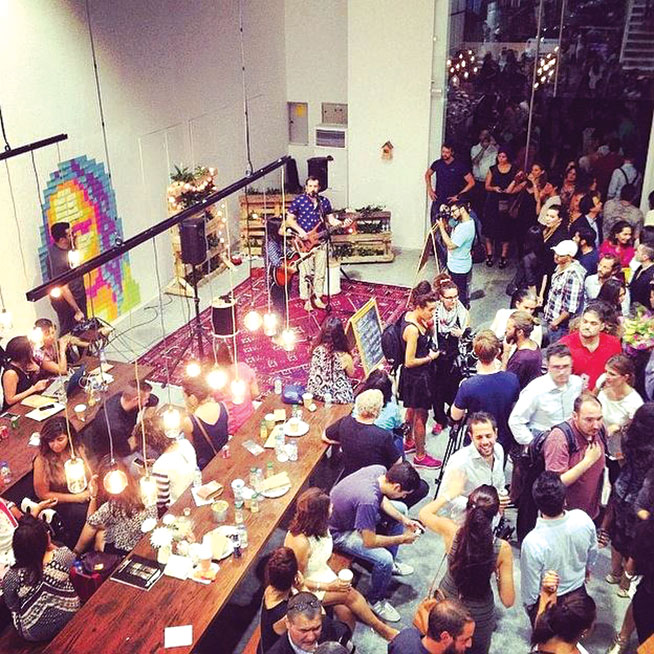 AN ACOUSTIC EVENING IN THE PARK
Picnic blankets, friends, food under the palm trees of Safa Park, coffee, lights, grass, a perfect October evening temperature and a few hours of local live music. What’s not to like about Freshly’s second installment of their 2014/2015 season?

MEET THE PERFORMERS
Team Freshly was napping on beanbags in front of a Boho Baha (Freshly’s equivalent in Bahrain) stage at the beachside Museland Festival earlier this year and woke to a haunting chord organ and melancholic smoky vocals. The unique sound transported us to 16th century Europe but the contemporary songwriting element kept us firmly grounded in 2014. The one-man band was called Daniel Cochran and The Belly of Paris. At the time, Daniel worked in Saudi Arabia as a teacher, commuting to Bahrain at weekends for the love of music. How could he not catch our attention? A Brit, Daniel is one to watch this season as he aims to play across as many venues around the Gulf and wider Middle East region as possible.

How did you get involved with Freshly Ground Sounds? The photogenic ruffians from FGS accosted me after a gig and said I sounded like Tom Waits. This was enough for me to come on board forever. Then they invited me over to Dubai where I played a really fun show on top of a skyscraper. 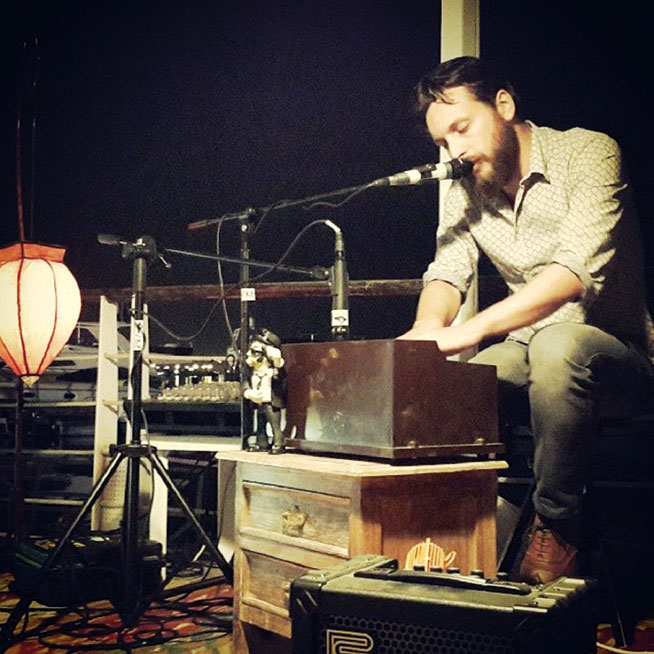 How was your summer? Amazing! I was in Berlin during the World Cup Final. It was crazy – the huge fan park at the Brandenburg Gate was full and cordoned off by police so people were swimming over the Spree to get in. I went back to the UK for a while too and played a festival with Public Enemy, and I snuck onstage with them.

What are you up to now? I’m now living in Bahrain and putting together the most international band of all time. We needed a trumpeter so I naturally journeyed to Hungary to get one. My search for a bassist took me to Argentina, and India furnished me with a post-punk drummer. I’m also recruiting a Bahraini (she just doesn’t know it yet).

What’s on the horizon? A visit to Iceland for lava-collection purposes, and then gigs, recordings, etc. I hope to get an EP out with Belly of Paris and maybe one with my English band, By Toutatis, by the end of the year. And I want to play in as many Middle Eastern countries as I can while I’m here.

Keep up to speed with Daniel on facebook.com/bellyofparis or on Twitter via @thebellyofparis