News
Nightlife
Salaam!
Things to do

What’s On meets Gary Barlow in Dubai as the Take That frontman and X Factor judge prepares for his live show at Dubai Media City Amphitheatre on October 17.

Since then he has sold millions more records and fronted a string of record-breaking shows at Wembley Stadium with the band, was enlisted by the Queen to organise her Diamond Jubilee celebrations, and landed a primetime TV gig on the X Factor judging panel.

This second phase of the 43-year-old’s career has already outlasted Take That’s 1990s heyday, and Barlow shows no signs of slowing down – he has co-written the score for a new Broadway musical and is promoting a new album, Since I Saw You Last, his first solo release since 1999’s Twelve Months, Eleven Days.

On October 17, Barlow will treat his Dubai fans to a live performance of his latest material – along with classics from that impressive back catalogue – with his first solo gig in the UAE. The Cheshire-born Take That frontman has scheduled a one-off performance at Dubai’s Media City Amphitheatre as part of his Since I Saw You Last tour. Barlow has already staged 17 gigs across the UK to celebrate the release of the album, but the Media City show will be his first overseas concert.

What’s On spoke to Gary ahead of the gig about his plans to conquer Broadway and the songs he wishes he had written. 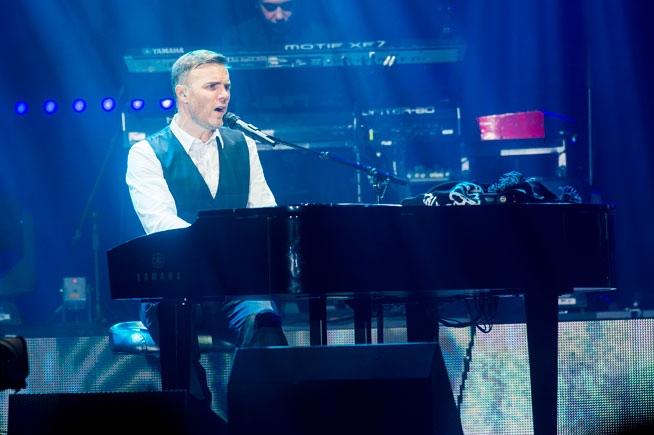 How long do you spend per day writing songs? I write a lot but not every day. I think it’s important to not do one thing every day, especially when it comes to writing music, because you need to always be fresh.

Do you carry a dictaphone around with you to record melodies that pop into your head? I use my iPhone voice notes for ideas and the notebook to store lyric ideas.

What song have you written that was the most rewarding when it was finished? Some songs do take longer than others. I’d Wait For Life was a chorus I’d had for about eight years – we finally recorded it in 2006!

Which song do you wish you had written? Oh, there are hundreds. If I had to pick two then it’d probably be Yesterday [by The Beatles], or Elton John’s  Your Song.

For every song you write that finds its way onto an album, how many do you reject? For an album of 11 songs I’ll usually write about 25.

Word on the street is that you’ve just written a stage musical. Is that true? Yes, it’s called Finding Neverland. It opened for previews in Boston last month and moves to Broadway in March 2015. It’s the story of how JM Barrie wrote Peter Pan. 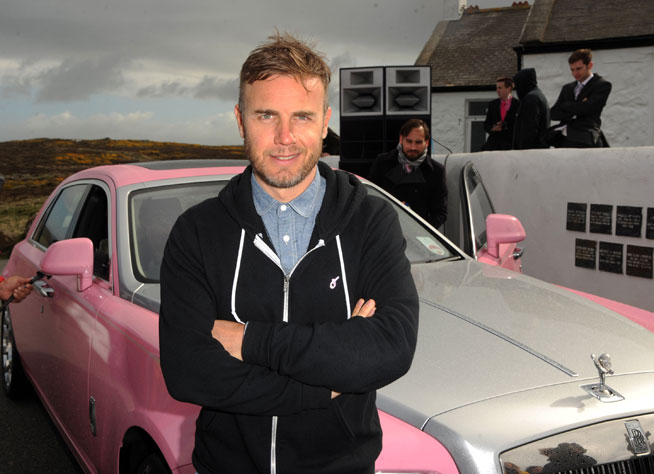 Who would you most like to do a duet with? My duet dream finally came true on my last solo album: it was Elton John.

Do you miss touring with a band? Of course, I miss all the activities with TT. I can’t wait to hit the road again.

Any new up and coming talents that you think we should look out for? Sam Smith.

Which period of your career have you enjoyed most? Take That, solo, or TV judge? I’d say that 2009 was a great year for Take That. The Circus album and tour was one of my favourites.

What’s the weirdest fan present you’ve ever received? A can of deodorant. Maybe she was trying to tell me something?

A LIFE IN MUSIC
What’s On looks back at some of the singer-songwriter’s landmark hits.

1992
It Only Takes A Minute
The hit that brought Gary and his fresh-faced band-mates to the attention of millions of teenage girls.

1993
Pray
Take That’s first number one hit, the Barlow-penned Pray stayed at the top spot for a month and won two Brit Awards.

1995
Back For Good
This track reached No 1 in 31 countries and helped Take That to crack the US. Gary claims he wrote it in 15 minutes.

1995
Never Forget
The boys’ seventh No 1 single, Never Forget was released just ahead of Robbie William’s shock departure from Take That. The band released one more single as a four piece [How Deep Is Your Love] before going their separate ways.

2006
Patience
Ten years after their split, Gary and the boys – with the exception of Robbie – returned to the charts with comeback single Patience, which became the band’s ninth No 1 hit.

2010
The Flood
The Ivor Novello Award-nominated track was the band’s first release following Robbie’s high-profile return to the band.

2013
Let Me Go
Barlow’s debut single from Since I Saw You Last, his first solo album in 14 years, reached No 2 in the charts.

News
Nightlife
Salaam!
Things to do
EDITOR’S PICKS
Ramadan in Dubai: 50 iftars to try
READ MORE
Where can Dubai residents travel? Check out these 14 destinations
READ MORE
Rumours, facts and reveals: New Abu Dhabi bars and restaurants
READ MORE
UAE announces reduced working hours for Ramadan 2021
READ MORE
MOST POPULAR
A four-day ultra marathon is taking place in the Dubai desert
Put the pedal to the metal with free tickets to Ekart Zabeel
Etihad drops massive summer sale with up to 50 per cent off flights
Spend your summer in a snowy cinema in Dubai
Tipsy Lion reopens with wallet-friendly deals all week
YOU SHOULD CHECK OUT
Our website uses cookies and other similar technologies to improve our site and your online experience. By continuing to use our website you consent to cookies being used. Read our privacy policy here.