What’s On has news of a new UEFA Champions League restaurant in Abu Dhabi, opening at Yas Mall in May. You can also buy sports kits there.

The world’s first UEFA Champions League store and restaurant is set to open its doors in the capital.

The Champions League Experience will open in Yas Mall in May and will consist of, ‘a 17,000sqft retail concept featuring a unique retail and restaurant offering where fans can purchase merchandise from top teams including Real Madrid, Bayern Munich, Barcelona and Chelsea,’ according to fashion retailer Marka, the company behind the deal.

The store’s restaurant will be showing next season’s Champions League matches live and diners will get to watch the action on wide-screen TVs while sitting in stadium-style seating. The outlet will also feature autographed memorabilia from some of the top players in the world, such as Barcelona and Argentina star Lionel Messi, Liverpool and England legend Steven Gerrard and Real Madrid and Portugal’s Cristiano Ronaldo. Got deep pockets? All the items on display will be available for purchase. 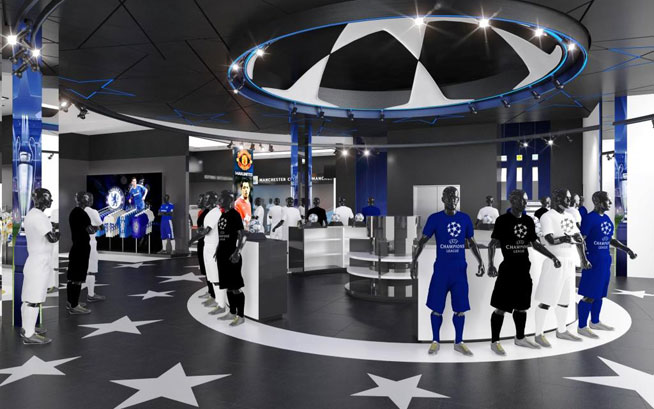 It’s the second football-themed restaurant to open in the capital this year. Diego Café, a restaurant themed around the Argentinian legend Diego Maradona, is expected to open this month in Nation Galleria on Abu Dhabi’s Corniche. 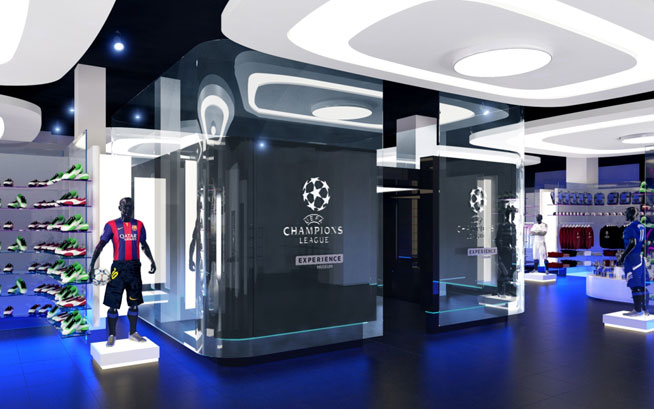 Eat & Drink
News
Restaurants
Sport & Fitness
EDITOR’S PICKS
UAE holiday dates announced for Eid Al Adha
READ MORE
Emirates extends suspension of flights from India to UAE again
READ MORE
Coming soon: Everything we know about Ain Dubai so far
READ MORE
Khorfakkan set to open new tourist attraction 580 metres above sea level
READ MORE
MOST POPULAR
It's Dhs350 to brunch, stay and play at the What's On Lock In this weekend
Pics of the week: Your best photos of the UAE
New entertainment venue Cue Dubai launches Friday brunch
Sharjah will soon be home to a floating theatre and other exciting projects
Legendary DJ Paul Van Dyk to bring Ibiza to Coca-Cola Arena this August
Emirates extends suspension of flights from India to UAE again
YOU SHOULD CHECK OUT
Our website uses cookies and other similar technologies to improve our site and your online experience. By continuing to use our website you consent to cookies being used. Read our privacy policy here.