What’s On and pals Hype to preview Daddy G of Massive Attack in Dubai for Turntables On The Gulf at Zero Gravity, Dubai Marina, March 27.

Although there are micro-movements every other month, it’s fair to say that brand new, awe-inducing sounds do not come along all that often, say our friends Hype. First there was disco, then hip-hop, techno and house, then drum ‘n’ bass and, for a long while, nothing, right up until dubstep came and went. One hugely important milestone missing there, of course, is trip hop – the genre born out of a Bristol scene that was, and remains, obsessed with bass.

The reason the West Country capital of the UK has such a penchant for drum lead rhythm (having also played a huge part in the evolution of jungle and dubstep in its time) is said to be because it was once one of the most important ports in the Atlantic slave trade. As such, it has a long lineage of Afro and Jamaican people – and the beats they play – that continues to this day. That Bristol is amongst Britain’s most racially diverse cities has also helped continually pave the way for a fruitful fusion of cultures and sounds that makes the city’s underground scene one of the most fertile out there.

Trip hop itself was the alternative ’90s sound that cool kids, arty types and MCs, graffiti artists and b-boys all assumed as their own. Born out of the post-acid house sound, it was an experimental variant of breakbeat that stole cues and motifs from soul, funk and jazz. With strong, drum based breakdowns and ambient pads, as well as shades of R&B, dub and house, it’s a sound that can be dark and moody, blissed out and beautiful or cranked up and played loud on a massive sound system. The ‘trip hop’ term was actually coined by a Mixmag journalist when reviewing an early DJ Shadow record, but of course it was the likes of Tricky, Portishead and, most famously, Massive Attack that took the genre to the charts and beyond. 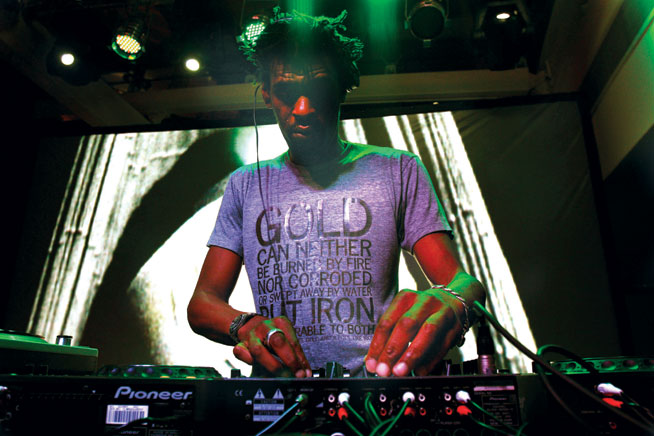 Formed in Brizzle in 1988, Massive Attack was the coming together of friends Robert ‘3D’ Del Naja and Grant ‘Daddy G’ Marshall. G had already been a DJ for years, and as a ten-year-old he already recorded mixtapes that were inspired by the DJ boyfriend of his older sister. As such, he soon made a name for himself around the city as an eclectic DJ who wasn’t afraid to mix it up and play the newest disco, fresh punk funk from NY, early rap imports and lashings of soul and dub reggae. On top of this, Grant also rocked the microphone over his sets, adding more energy and flavour with every word spoken.

As such, he was already well known when Massive Attack formed, but despite that, right from the off, the pair were outsiders at odds with the norm – their DJ sets didn’t feature high impact, quick tempo tunes, and despite being a band they never actually played instruments, instead using vocals and a sample heavy approach to stitch together their smorgasbord of sounds. Many years later and the establishment eventually came round, though, because Massive Attack was awarded an Ivor Novello award for Lifetime Achievement back in 2010. “It was kind of funny for us to get that,” explained Daddy G at the time, “because it seemed like we’d been invited into the music fraternity. And it’s kind of ironic because we didn’t come from that background.”

The background he did come from was as a member of the sound system The Wild Bunch in the 1980s, which included two other Massive Attack members, Robert Del Naja and Andrew Vowles. While other young musicians around them were exploring a more traditional band model under the post-punk banner, The Wild Bunch were experimenting with turntables and samplers, which G says was “the antithesis of what was going on in Bristol. So people kind of despised people like us who were the ‘pretend’ musicians, you know”. 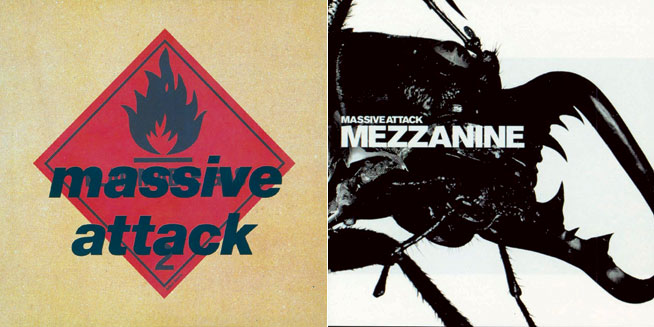 In 1986, The Wild Bunch disbanded and it was at this point that Del Naja, Vowles and Daddy G then formed Massive Attack proper and began on their pioneering musical journey. Soon though, as their truly seminal debut album Blue Lines was released in 1991, no one could accuse them of being pretend musicians: it was a triumphant marriage of soul, hip-hop and electronica that featured moving songs, immersive soundscapes and plenty of sonic collages that went on to be the backing music to myriad adverts for the next decade plus.

Nowadays, the artfully crafted dance full length that is suited to home listening and headphones as much as the dancefloor is commonplace, but at the time, such considered and coherent journeys were hugely rare. “There was a completely different landscape we were listening to,” remembers G of a time when Britpop was also on the rise with bands like Oasis, Pulp and Blur. “It was all kind of uptempo, and Blue Lines was kind of the flipside of that. It’s never been the case that we’ve looked at the whole Britpop scene and Massive Attack as being the same really. We kind of felt separate from the other British music that was going on.”

As more Massive Attack albums followed, so the band evolved and diversified not only musically, but also in terms of personnel. Over the years, Tricky, Mushroom, vocalist Shara Nelson and even G himself have all been and gone, though of course G came back. “Every album we seem to lose a member,” he has said in the past, but at the same time he has ensured the world that he and 3D are now fully reconciled. “We’re in a happy state of mind, you know. We’re vibing. Positive!” 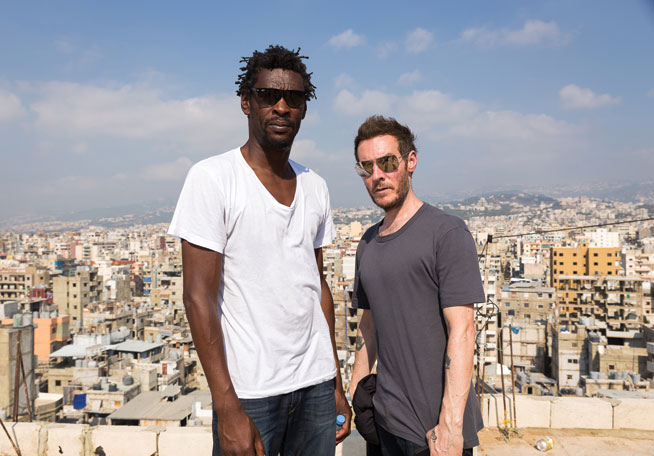 The albums that came, such as the almost unanimously adored Mezzanine with its dark, involving guitars, angsty synths and rising sense of paranoia, kept Massive Attack right at the sharp end of electronic music for decades. Most recently they served up another winner in the form of Heligoland, which was an attempt to make what G called more of a “raw, song-based album”.

Though he is reserved, often wearing sunglasses both on stage and inside, Daddy G is a silently forceful character. For that reason the band has never shied away from strong statements musically, visually or verbally. In fact, the forthright imagery of the promo posters for Heligoland actually got banned on the London underground. “This is the ironic thing about England,” G apparently fumed when the ban came in (to be fair, it was explained away on pretty weak grounds, with the powers that be saying that the paint-drip cover art of the album too closely resembled graffiti, and posters of it could encourage ‘vandalism’ in the name of unauthorised street art). G continues. “We celebrate someone like [fellow Bristol man and world famous graffiti artist] Banksy, you know, someone who was a villain, but they won’t put up the cover of Heglioland because they say it’s graffiti. It’s quite an ironic situation.”

Now a veteran of many world tours and an impressive entry into the DJ Kicks mix series, G is as active and enthused as ever. He continues to make music and has collaborated with Terry Callier, Mos Def and Snoop Dogg, while his DJ sets are something to behold. Hear for yourself when G comes to town for the Turntables On The Gulf party, a day-to-night session at Zero Gravity.

News
Nightlife
Things to do
EDITOR’S PICKS
Ramadan in Dubai: 40 iftars to try
READ MORE
Where can Dubai residents travel? Check out these 14 destinations
READ MORE
Rumours, facts and reveals: New Abu Dhabi bars and restaurants
READ MORE
UAE announces reduced working hours for Ramadan 2021
READ MORE
MOST POPULAR
Sheraton Mall of the Emirates has a lot to offer this Ramadan
Looking for a cosy long stay residence in Dubai? Check this out...
Have you spotted the new Talabat Patrol team on Abu Dhabi roads?
Iftar home delivery for one? Here are some options...
Stunning Australian restaurant Hunter & Barrel is now open
YOU SHOULD CHECK OUT
Our website uses cookies and other similar technologies to improve our site and your online experience. By continuing to use our website you consent to cookies being used. Read our privacy policy here.