What’s On pals at Hype hear from Dubai band The Boxtones following their signing with Universal Middle East, a huge boon for local talent.

Big ’tings going on for The Boxtones, our friends at Hype tell us. Anyone who doesn’t believe that hard work and determination pays off only need look at this Dubai-based band for living proof. After three years of toiling away under their own steam, the five-piece has recently been snapped up by Universal Middle East and North Africa. And we crew couldn’t be happier for them.

Gill and Gary Tierney, Will Janssen, Louise Peel and Patrick Thibault are the kind of people that make things happen. Last year alone, The Boxtones played nearly 200 shows, including Yasalam Beats On The Beach, the Dubai Rugby Sevens and the Middle East Comic Con, performing with the likes of Pharrell Williams, The Who and Jason Derulo.

After funding their album In The Pockets Of Clowns, which was released early last year, the band’s infectious pop rock also saw them nominated for a host of awards around town, including Best Local Band in last year’s Hype Awards. The band also won the Hard Rock Rising Dubai competition last year and represented the UAE in the Global Rockstar competition. 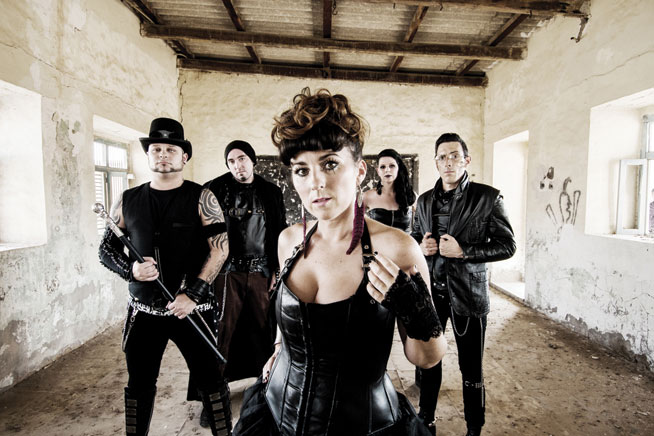 Reflecting on the effort put into their debut album, drummer Gill told Hype: “The album took many forms, and many versions before we felt it was right. We meticulously recorded, re-recorded, overdubbed, scrapped, rewrote and killed off many tracks and songs. When finally it came down to nine tracks, we commissioned a UK artist to do our cover; we designed the artwork, and ran with a bunch of music videos we recorded. It was well received, and we had radio and television airplay here in the Middle East, and as far as Philadelphia in the States.

“We did all the promotion and distribution, and it was hard work. Fortunately, we managed to secure some of the biggest gigs in the region in 2014 because of it.”

Small wonder then that the major label should come sniffing around and sign up the band. Needless to say they’re “delighted to be working with a major” although keeping the news under wraps until the deal was finalised proved tricky.

“It’s been excruciating not being able to say anything until it became official,” laughed Gill. “We’re all very excited to be working with a great bunch of professionals that share our enthusiasm for music. Everyone in The Boxtones has worked very hard on our band, our image and our collaborations in the past, and we see this signing as an accelerator for our ambitions regarding The Boxtones’ future.

“Universal will be able to put us on paths we previously wouldn’t have been able to travel, or hadn’t thought about approaching,” added Gill.

“Having the largest music corporation in the world in our corner? Well, it’s not too shabby!”

The first Boxtones’ single under Universal is slated for release post-Ramadan, with a new album in the pipeline towards the end of the year.

News
Nightlife
EDITOR’S PICKS
13 Sheikh Hamdan-approved restaurants in Dubai
READ MORE
Dubai brunches temporarily banned in new preventative measures
READ MORE
12 upcoming Dubai mega-projects we can't wait for
READ MORE
16 of the best beach bars in Dubai for sundowners
READ MORE
MOST POPULAR
Ladies, here's how you can win a chance to showcase your talent at Radisson Red
Dubai influencers must now declare free gifts to UAE tax authority
Wit woo: Check out Boomah, Abu Dhabi's first owl cafe
This stunning new restaurant brings Australia to Dubai
There's a dry night in Dubai coming up this week
YOU SHOULD CHECK OUT
Our website uses cookies and other similar technologies to improve our site and your online experience. By continuing to use our website you consent to cookies being used. Read our privacy policy here.