Robbie Williams fans heading to the du Arena on Saturday April 25 should notice a few improvement at the space.

The open-air concert/event venue on Yas Island has been revamped. Starting with The Village, a common area just past the entrance gates, the al fresco spot now houses food and beverage outlets and picnic tables. Meant as a hangout, it has expanded to feature numerous sponsor-led activities. 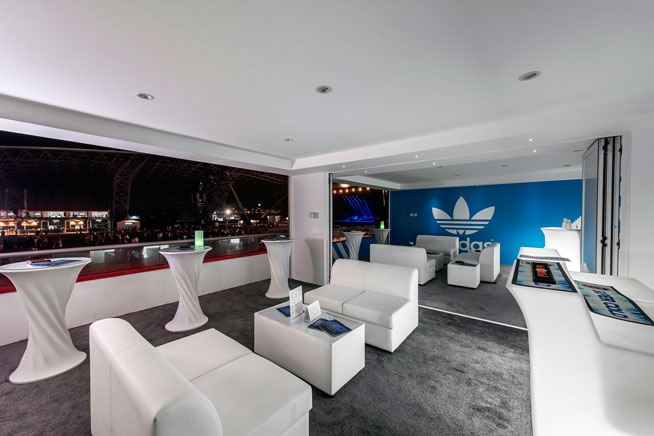 For those looking to splash some cash, the purpose-built Suites will see ten exclusive rooms cater to guests. Built with views of the stage, the rooms are available for groups of 15 and have their own dedicated food and beverage service and are available for year-long corporate contracts or individually, per event.

Other useful upgrades include paved brick walkways leading to the grass centre of the arena as well as a new deal with the National Ambulance, to ensure any first aid requirements are tended to quickly.

“We are on a continual quest to ensure that all visitors to the du Arena have an enjoyable entertainment experience, and these significant improvements undoubtedly add to this,” said John Lickrish, CEO, Flash Entertainment.

News
Nightlife
EDITOR’S PICKS
Here's the full list of UAE public holidays in 2023
READ MORE
23 incredible things to look forward to in the UAE in 2023
READ MORE
Hidden gems: 10 UAE desert pop-ups to discover this winter
READ MORE
Where to travel in 2023: 10 new flight routes from the UAE
READ MORE
MOST POPULAR
6 brilliant things to do in Abu Dhabi this week: Feb 6 to 9
Dubai tourism increases by a massive 97 per cent
16 incredible mega projects coming to Abu Dhabi soon
The epic Asian Le Mans Series returns to Dubai Autodrome this month
Snapped: Celebrities spotted in the UAE this week
YOU SHOULD CHECK OUT
Our website uses cookies and other similar technologies to improve our site and your online experience. By continuing to use our website you consent to cookies being used. Read our privacy policy here.