What’s On pals Hype have a Fatima interview. She’s likened to Erykah Badu and Jill Scott. She plays The Lemon Jam, JW Marriott on April 25.

Some dance music labels are more like family collectives than they are outlets for endless streams of functional club music. One of those is Eglo, the London-based imprint that is headed up by Rinse FM regular Alex Nut and deep digging DJ and producer Floating Points. The connoisseur pair launched the label back in 2008, and since then have never been in a hurry to do anything other than foment strong relationships and release music that has a lasting appeal rather than an instant impact. And right at the heart of the operation since 2010 has been Swedish-born, London-based vocalist Fatima Bramme Sey, better known simply as Fatima.

“The Eglo peoples are good peoples,” she tells our pals Hype while on something of an extended holiday in Stockholm. She has been based in London for eight years but is currently taking some downtime to “think and be calm”. Initially it was the city’s thriving and multicultural music scene that took her to the English capital for a weekend trip with a friend, but Fatima heard some of infamous grime man Wiley’s music and decided to return on a more permanent basis.

“It’s been quite a thing to see the Eglo label’s birth and growth into what it is today. A whole lot of passion, hard work, ups ‘n’ downs and fun times been had,” says Fatima. “I’m inspired by their DIY side of things and the will to create their own platform.”

Because of her own faultless neo-soul and R&B output, Fatima is now very much part of that platform. A talented and diverse vocalist who is able to deliver soaring highs as much as she is emotive lows, Fatima is, to be crude, a modern day talent in the mould of Erykah Badu or Jill Scott: someone who can make you feel things few others can, merely with the power of her voice.

After a number of solo EPs and collaborative efforts with the likes of Funkineven, 2014 saw her release Yellow Memories, a debut album that surmised all her various sounds and styles to that point. It was something that came together organically after meeting up with producers all over the world – some sessions were arranged, some happened more organically, but the resulting album is coherent and accomplished and truly deserves to break out of underground and close knit dance music circles.

Touching on everything from sultry spoken words to downbeat deliveries via fast-paced rhymes, Fatima’s vocals are always the main feature of any track even when paired with the peerless beat-smithery of the likes of Theo Parrish, DVA or Cuthead. As such and rightly so, the longplayer was named Album Of The Year in Gilles Peterson’s Worldwide Awards recently and is a perfect introduction to both Fatima and Eglo if you aren’t already familiar. “I feel proud and happy to be noticed amongst a lot of good music and artists,” she beams. “It feels good to be appreciated and the award is like a lil’ symbol of all the hard work me and everyone who worked on Yellow Memories put in.” 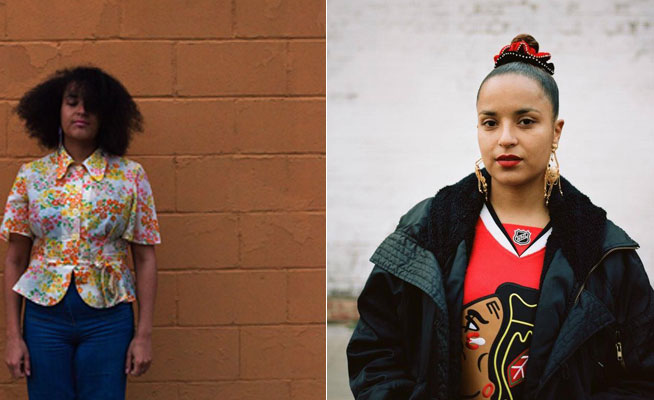 Explaining she was, and is, inspired by singing old classic Swedish pieces in her school choir, her mum’s “splendid taste in music”, TV shows like Z TV, Voxpop, MTV, P3 Soul, her grandma’s love for Evert Taube, ’90s Euro pop and rap battles, Fatima reckons she was singing before she even knew what it was. “If I wasn’t doing that, I was dancing or acting or just clownin’ around. That stuff was always going on. I guess it was when I came into my late teens I chose to focus more on the music.”

As such, she went to music school in her hometown and sung backing vocals in a few bands as she toured around the country. Now she is playing stages of the size she could have only dreamed of back then. In recent weeks she’s hit Festival Nrmal in Mexico and the snowy Horizons festival in Bulgaria, with Croatia’s Soundwave confirmed for August as more festival bookings continue to roll in.

“I love performing anywhere there’s good energy. Big stages, small stages, it can all be fun depending on the circumstances. I do like having space so I can dance around and not have to worry about crashing into things on stage though. Then again, intimate shows can be quite magical too. It’s nice when you don’t feel too distant to the people.”

Fatima will be able to get up close and personal to the crowd when she performs at recently launched Saturday daytime poolside party The Lemon Jam. It’s her first time in the country and will see her, as always, tour with The Eglo Live Band, aka Hurcules on bass, Andre January on drums, Junior on percussion and Jonathan Geyevu on keys. “I call them the slayazzz because slay is what they do,” she laughs.

Working with others is something Fatima is now wholly accustomed to. Listen to her back catalogue and you will see she is highly versatile. Somehow, she always manages to match up her vocal deliveries with the musical messages of the producer with whom she is collaborating. “There’s no set formula or way of working,” she admits, “but most of the times it starts with the music and I build from that. Different people make different sounds that affect me in various ways, so the way I sing changes depending on that. I just want the music to really hit me and make me feel something.”

The additional good news is that Fatima is already looking forward to writing her next album. “I just wanna create new sounds, stay open and play as many gigs as possible,” she says.