Have a spare Dhs181 million lying around? Well let us introduce you to Dubai’s most expensive apartment.

More…
– Bentley villas – why not?
– Suburb guide: The Palm
– Dubai’s most ambitious project?

Looking for new digs? Got a little cash to splash? Well, the penthouse at a yet-to-be-built development called One on Palm Jumeirah is up for grabs for a cool Dhs181 million, making it the most expensive apartment for sale in Dubai.

Listed by Omniyat Properties, the eight-bedroom, seven-bathroom penthouse comes equipped with twelve parking spaces and a total of 42,477 square feet – of which 16,641 is balcony area (that’s two-and-a-half tennis courts worth of balcony). 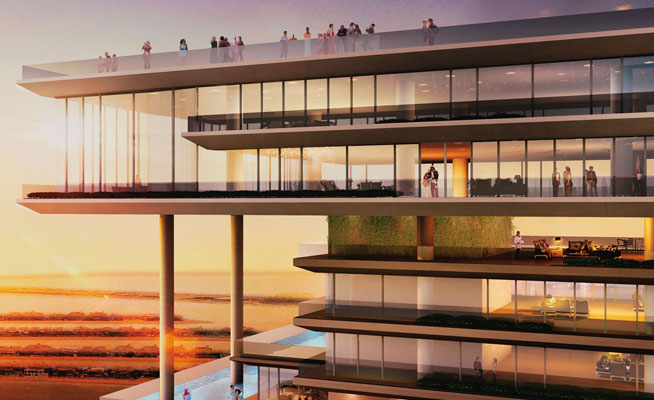 There are balconies aplenty in the luxury apartment complex. Photo: Omniyat. 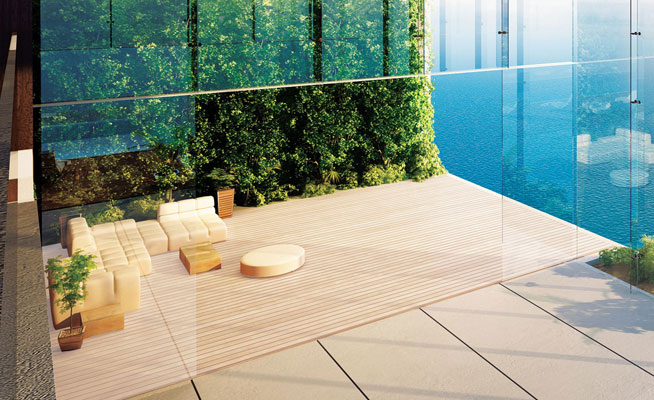 The apartment is currently being built by Omniyat and Drake & Scull International, and is scheduled for completion by 2017.

The 25-storey tower containing 90 apartments will come kitted out with indoor and outdoor swimming pools, a cinema, a cigar lounge, luxury spa and yacht club. 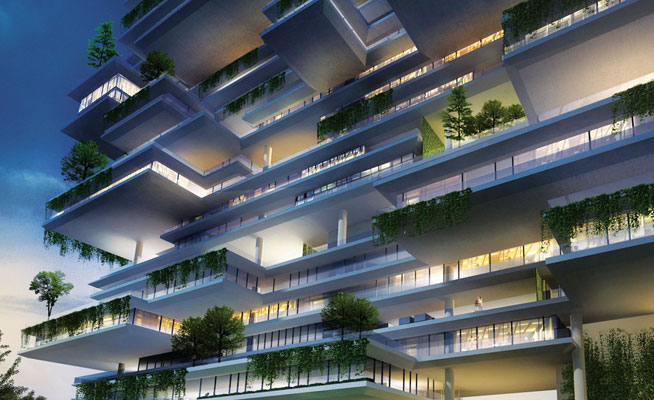 The balconies in this building are far bigger than our actual apartment. Photo: Omniyat.

Beforehand, one of the most expensive apartments in Dubai belonged to the Burj Khalifa, which sold for Dhs60 million (practically pocket money in comparison).

Which begs the question; would you rather three apartments in the world’s tallest building? Or one apartment with the same square footage as a full-sized football pitch? 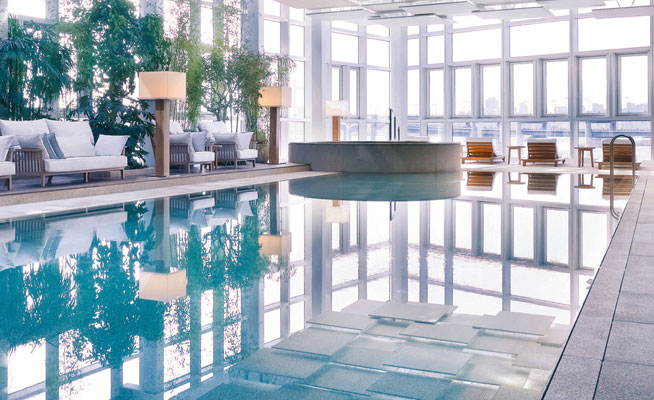 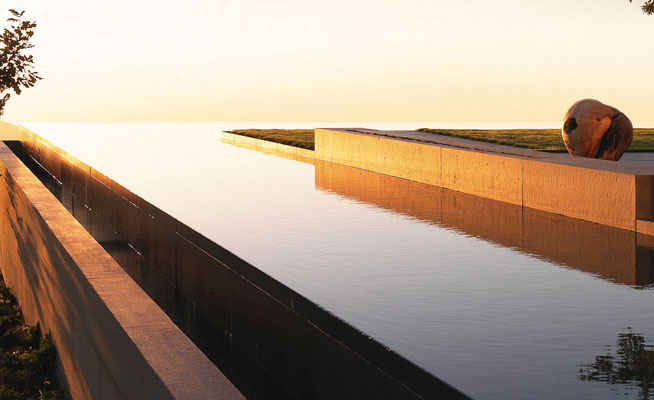 From indoor to infinities – this building will have all your pool needs covered. Photo: Omniyat.

If you think One on Palm Jumeirah is pricey, then check out some of the other most expensive apartments around the world – this is how the 0.00001 per cent live: 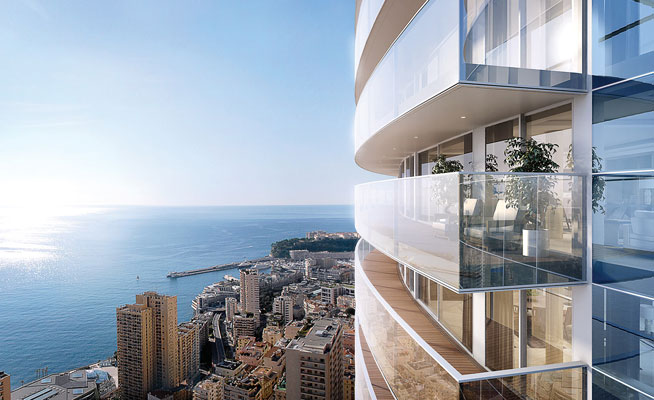 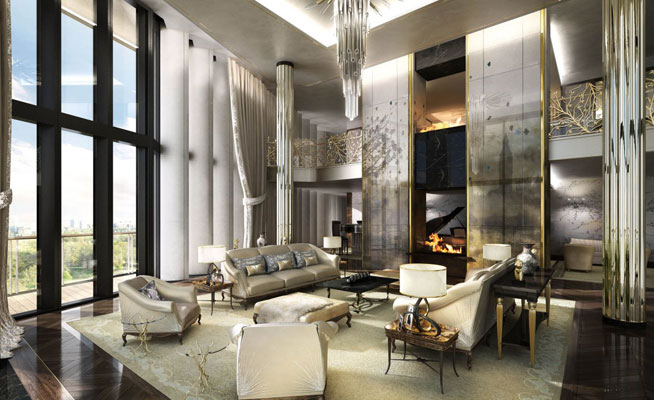 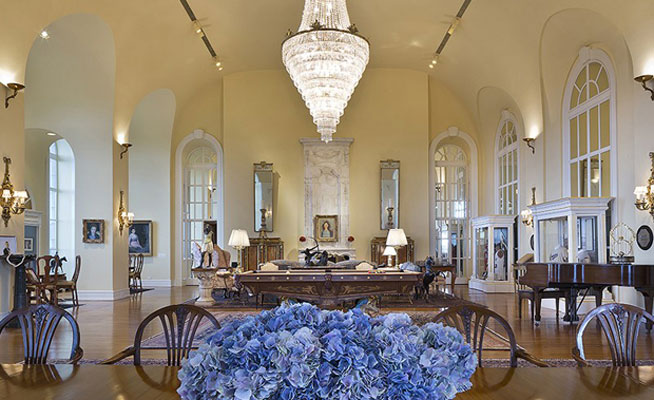 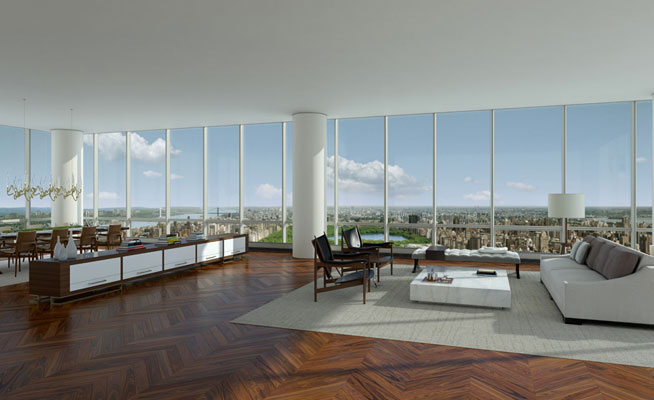 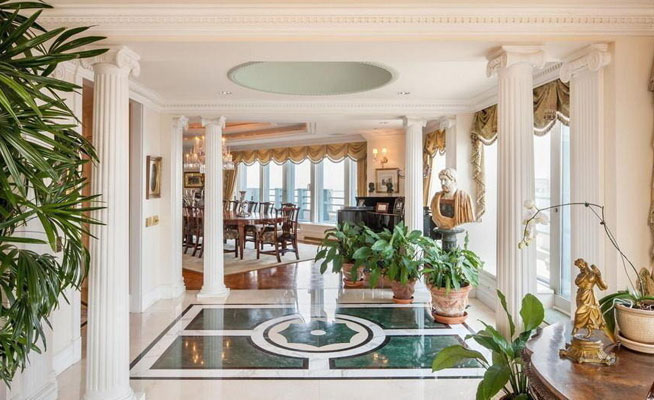 Culture
News
EDITOR’S PICKS
The UAE suspends movement permits for nightly curfew
READ MORE
Supercars and gyrocopters: Watch Dubai Police's #StayHome video campaign
READ MORE
Here's some good news if your UAE residency visa is due for renewal
READ MORE
Dubai Economy reveals how much you should be paying for groceries
READ MORE
MOST POPULAR
Watch: Free plays from London's National Theatre
The top 50 movies you can stream in the UAE right now
Cooking with Nick & Scott: Soy & chilli beef with mash
Emirates to start flying a limited number of passenger flights
Hala is giving 20 per cent off taxi trips to hospitals and clinics
YOU SHOULD CHECK OUT
Our website uses cookies and other similar technologies to improve our site and your online experience. By continuing to use our website you consent to cookies being used. Read our privacy policy here.