Well done to Carl & The Reda Mafia after the local band was selected to support Bon Jovi’s massive gig at the du Arena in Abu Dhabi. The amazing news was sprung on the band during what they thought was a regular meeting with their White Cube management to discuss their forthcoming album.

Frontman Carl Frenais said he and his bandmates “blacked out” for a few moments before going, well, a little bit loopy with excitement. 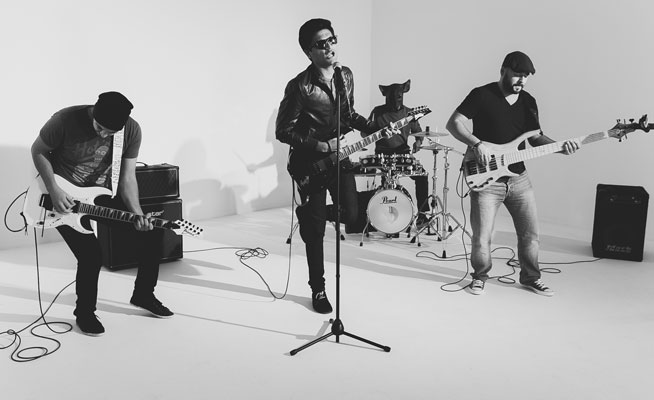 Explaining that the band hadn’t even been together for a year, Carl told Hype: “To play du Arena alone is a massive step forward for us, but opening for one of the biggest bands in the world is something any up-and-coming band would dream of. The nerves will start building as we come closer to the gig but right now we’re still in celebration mode!

“The first song I sang even before a nursery rhyme was Bed Of Roses so this means the world to me,” added Carl. “We’re now focused on giving it our best and putting on a good show for the 25,000-odd people at du Arena. Luckily, we have some catchy original material that should get the crowd singing along before Bon Jovi take to the stage.”

The four-piece funk-jam/rock collective recently opened for The Wanton Bishops at The Other Side in Dubai and are putting the finishing touches to their debut album, What The.

Here’s some of what they do:

News
Nightlife
EDITOR’S PICKS
What’s On Nightlife Awards 2021: Here are the nominees...
READ MORE
It's back! What's On Lock In returns to Media One Hotel
READ MORE
Arts and culture: 5 spots we can't wait to visit at Expo 2020 Dubai
READ MORE
UAE petrol prices are set to decrease in September 2021
READ MORE
MOST POPULAR
Celebrity-loved Nobu Dubai launches brunch this October
Watch: Wow-worthy timelapse of Expo 2020 rising up from the ground
Update: Rules relaxed for public transportation in Dubai
Indian restaurant Rang Mahal returns to JW Marriott Marquis Dubai
Review: UDN – Abu Dhabi's first udon house
YOU SHOULD CHECK OUT
Our website uses cookies and other similar technologies to improve our site and your online experience. By continuing to use our website you consent to cookies being used. Read our privacy policy here.