Pics & video: Inside Mall of the Emirates' new VOX cinemas

Today marks the opening of a new section at Mall of the Emirates, and the good news for film lovers is that there’s going to be a whole new cinema too.

The new VOX complex means 24 new screens, including a 4DX theatre, the first laser IMAX in the Middle East, a special ‘VOX Kids’ theatre, and the much awaited thEATre featuring food by Michelin-starred chef Gary Rhodes.

Here’s a breakdown of what each will offer: 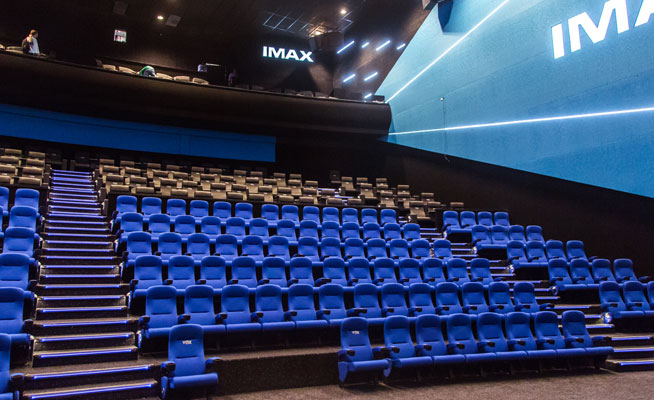 IMAX have long been an innovators in entertainment tech, and we’re pretty pumped to see their latest laser projection system in the new Mall of the Emirates cinema. The new laser IMAX will be the first of its kind in the Middle East, and only the 5th in the entire world, bringing cinema-goers an unparalleled viewing experience. The new projection setup promises some of the sharpest, brightest and most vivid imagery, and a better method of audio immersion. And if that’s not cool enough, the screen is absolutely gigantic.

Top tip: Get a seat at the back in the very centre, as that’s the best position from which to be able to take in the whole mammoth curved screen. 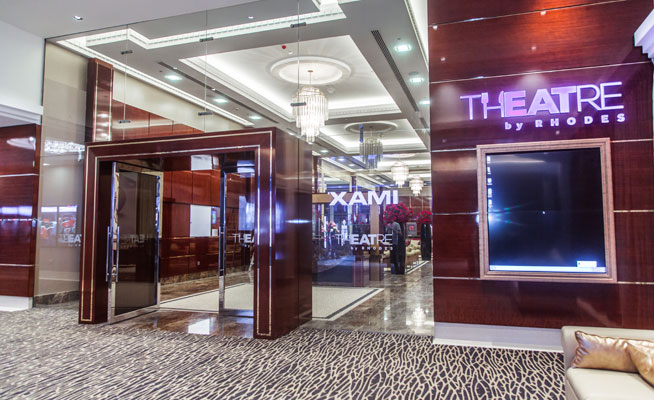 Forget overpriced popcorn and soda, and tuck into Michelin grade food and drink instead: Gary Rhodes’ new thEATre concept blends the worlds of film and fancy food. The four Rhodes theatres look like a very posh courtroom, and have 36 seats each. The menu involves posh flavours in finger food form: options include foie gras paninis and lamb and date tagine fritters. The theatre itself comes kitted out with big comfy reclining chairs (and pillows and blankets), and a button to call for assistance as required. Sounds remarkably like business class on an airplane, except this time the food’s a bit better, and the screen’s a bit larger. 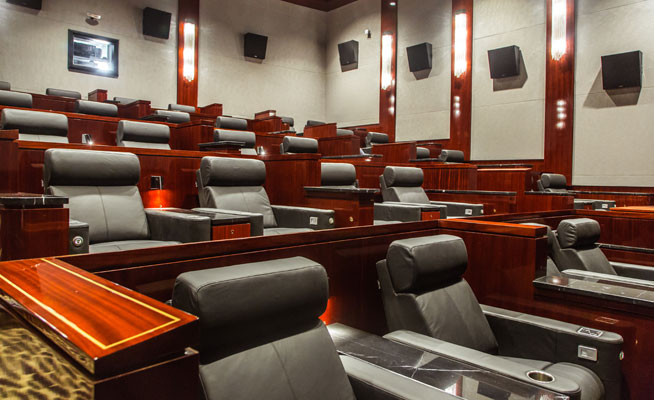 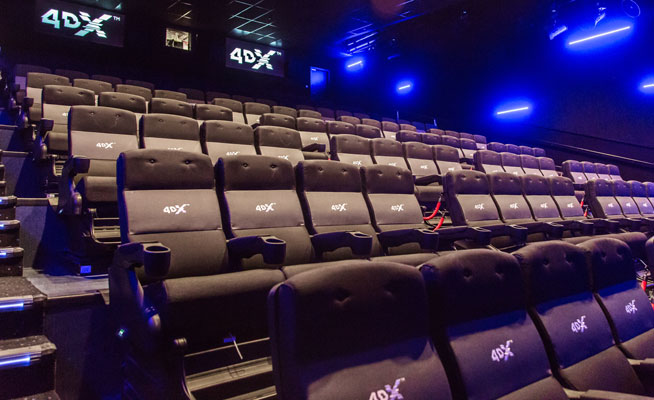 Bringing a whole new level of immersion to the world of cinema, 4DX incorporates motion and environmental effects to your viewing experience through the use of special motion chairs. There are scent-sprayers on the back of each chair so you’ll be the lucky recipient of Tom Cruise’ fresh halitosis during Mission Impossible, or Chris Pratt’s pit sweat in Jurassic World (only joking, it doesn’t go that far). But if you haven’t tried out 4DX yet, you definitely should once the new cinema opens. It’s a brilliantly unique way to watch a film that can’t be replicated at home.

Top tip: You can turn the ‘water’ function off on your chair if you’ve just had a fresh blow dry and don’t want to get wet. 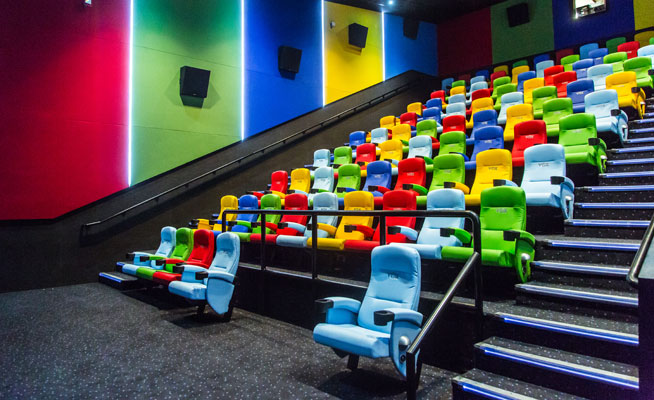 There’s nothing worse than a crying kid in the cinema… or on a plane… or by the pool. Well, anywhere really. VOX seem to have noticed that, and have solved the problem with the addition of the new VOX kids cinema. Complete with colourful wipe-clean chairs, interactive game zones, appearances from kids’ movie characters and birthday packages-a-plenty: the two new kids cinemas will ensure your little one stays entertained for eons.

Top tip: There’s a separate kids room connected to the cinema that you can book out for parties and the like. That’s a truly balling birthday bash. Also, when not in use for private bookings, this room will play kids content that any little ones (accompanied by an adult) can chill out and watch pre movie. 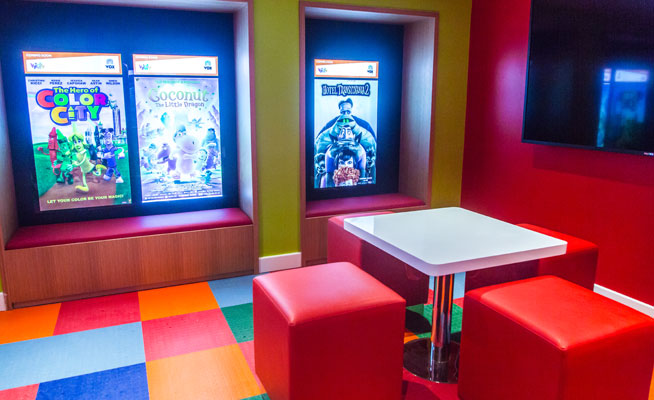 All of this can be enjoyed when the Mall of the Emirates extension opens to the public at 3pm on Monday September 28.

Culture
Film
News
EDITOR’S PICKS
Ain Dubai will open with fireworks, live music and a drone show
READ MORE
Incredible Aura SkyPool to open in Palm Tower this November
READ MORE
Brit Grand Slam hero Emma Raducanu confirmed for Mubadala Tennis
READ MORE
What’s On Nightlife Awards 2021: Here are the nominees...
READ MORE
MOST POPULAR
Bar of the month: Ray's Bar, Conrad Abu Dhabi Etihad Towers
DIFC Art Nights is returning in November for the second time this year
10 of the best Halloween brunches to book in Dubai
Sheikh Hamdan has been spotted dining at DIFC's newest restaurant
6 great things to do in Dubai this week: October 17 to 20
YOU SHOULD CHECK OUT
Our website uses cookies and other similar technologies to improve our site and your online experience. By continuing to use our website you consent to cookies being used. Read our privacy policy here.