Mark Ronson on coming to Abu Dhabi, Bruno Mars and who he wants to work with next

What’s On speaks to British music producer Mark Ronson ahead of his Green Grooves gig at the Abu Dhabi Golf Club on Thursday, October 22.

A certified hitmaker and producer extraordinaire, the soft-spoken DJ Mark Ronson is flying in soon for the Green Grooves gig at the Abu Dhabi Golf Club on October 22.

The 40-year-old tells us why he decided to perform in the capital, what it was like to work with Adele, Paul McCartney and Lily Allen (in one word? awesome), and what music he’s listening to right now…

Why did you decide to come and perform here in Abu Dhabi, versus somewhere bigger? I’ve only played in Dubai before, but I’ve always had great shows. It’s a great international community and I get to meet fans who come from Lebanon, Oman, just all over – so that’s exciting. I like to go everywhere, you know, it is really easy to keep going to the same places but this is more interesting. I think that’s one of the great things about this record and Uptown Funk becoming popular in places where I’ve never really had songs on the radio before, I get to go and play shows.

With [Uptown Funk], I did know that it was maybe the strongest thing I’ve ever come up with

Did you ever expect Uptown Funk to get as big as it did? Did you know you had a hit on your hands? I never quite know what a hit is. I guess you know when you have this feeling in your gut, that you’ve done something good. And you know we’ve worked so hard on this song, Me, Bruno, Jeff [Bhasker] and Phil [Phillip Lawrence]. We spent so much time, working for three days just to get maybe two lines. By the time it was finally done, it felt good, but you can never really tell if something is going to be a hit, you can just tell if you’ve put the work in. The hit part is out of your hands; it’s up to the people. With this song, I did know that it was maybe the strongest thing I’ve ever come up with.

You’ve worked with so many great artists. Can you describe what it was like to work with them in one sentence?

Bruno Mars: Maybe the greatest sort of all round talent I’ve been around as far as performer, writer, producer, arranger, singer and musician.
Amy Winehouse: Lyrical genius with an unparalleled voice.
Adele: Someone with such a powerful voice and such a great writer, so smart and wise beyond her years.
Paul McCartney: I think he is going to be very successful one day.
Lily Allen: She is a trailblazer; she really pioneered a sound that never really existed before. She is always looking to change it up.
Duran Duran: They were my first favourite band and I learned so much from them as a fan and then later when I worked with them a few years ago.

You’ll be headlining with Labrinth at the concert. What do you think of him? Labrinth is great, he is really talented. Ever since he did that Tinie Tempah Pass Out track, I thought he had a really interesting sound. He’s a talented dude.

Any dream collaborations you’d love to do? I’m really excited about discovering new talent. Jeff Bhasker, who produced the Uptown Special album with me, and I took a road trip to the deep south of America and went to all these churches, maybe 30 churches, and saw 500 singers so we could find a new singer to sing on I Can’t Lose. I like the idea of not knowing who that person is yet, just trying to find it, as opposed to trying to work with someone who is the biggest deal right now.

If you weren’t a producer, and you weren’t in the music industry, what do you think you would be doing instead? Well I used to work as a journalist and was writing about music a lot when I was in high school and before that, so probably something to do with that. 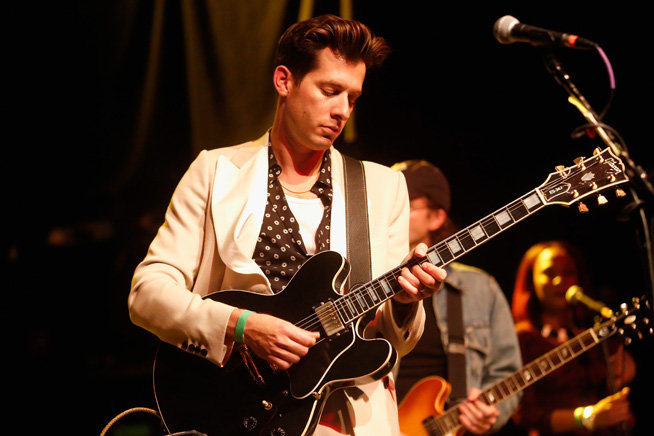 What are you listening to right now? I’m listening to Haim (their last album), Kendrick Lamar, a lot of nineties classic hip hop like Brand Nubian and Pete Rock and C.L. Smooth. In the gym I listen to more I guess guitar music, so things like At the Drive-In and Queens of the Stone Age.

You just turned 40 recently; do you have any big plans for your next decade? I guess nothing too different from what I’ve been doing. Just keep making records that I think that are good and working with people who are interesting and exciting to me. That’s kind of it. It’s not super grandiose ambition, that’s just what makes me the most excitedly musically, so that’s what I want to do.

News
Nightlife
Sport & Fitness
Things to do
EDITOR’S PICKS
UAE holiday dates announced for Eid Al Adha
READ MORE
Emirates extends suspension of flights from India to UAE again
READ MORE
Coming soon: Everything we know about Ain Dubai so far
READ MORE
Khorfakkan set to open new tourist attraction 580 metres above sea level
READ MORE
MOST POPULAR
6 brilliant hair and beauty deals in Dubai salons right now
There's an epic 2-for-1 deal on this new Abu Dhabi brunch
The next Regional Artist Spotlight rising star is: Moh Flow
Myrra by Opa launches Greek and Spanish Saturday brunch
Stargaze at night from Palm Jumeirah's sky-high observation deck
YOU SHOULD CHECK OUT
Our website uses cookies and other similar technologies to improve our site and your online experience. By continuing to use our website you consent to cookies being used. Read our privacy policy here.