10 coolest things we saw at GITEX

With technology evolving at such a rapid pace, it can be difficult to keep track of all the latest gizmos and gadgets.

So we headed down to GITEX – the 3rd largest technology event on the planet, which is being held right here in Dubai now – to find out what the latest and greatest in tech is.

Here are the 10 craziest, coolest and most useful things we saw…

Quite possibly one of the first in line to pass the Turing test, Coco the ‘actroid’ made an appearance at Gitex this week in Dubai. If the uncanny lifelike appearance wasn’t cool enough, Coco also seems to speak a number of languages, and can be seen responding in Arabic in the first few seconds of the video.

Despite being one of the most human-like androids we’ve seen so far, we can’t help but feel that until Coco is able to walk around and make us a cup of tea, she’s essentially just Siri in a suit.

One of our favourite things on show was the innovative, yet rather goofy looking ROVER:S5.

With its chubby body and long slender neck, the ROVER:S5 looks somewhat like a plastic ostrich. However, the ROVER:S5 is much more intelligent, and is fully capable of carrying out unmanned surveillance on mapped out routes – with a Stereo Vision Camera detecting obstacles to provide changes to the route if necessary. If an intruder is detected, the ROVER:S5 will cease to move along its designated route, and will instead switch to the optimal path towards the intruder.

The ROVER:S5 will then proceed to transmit target coordinates to the other rovers, and will continue to activate the alarm and begin transmitting video of the intruder alongside GPS coordinates to the nearest guard station. Guards can then either deem it a false alarm, or can choose to have the robots chase after the intruder, with the ROVER capturing video until intercepted by human guards.

** More… Why you should never commit a crime in Abu Dhabi **

Considered the first robotic firefighting system in the world, the FireBot is fully able to identify the source of a fire in a building and deal with it. The FireBot comes armed with motion sensors and thermal cameras, ensuring FireBot isn’t mowing down those in its path who are attempting to flee the burning building.

Once the source of the heat has been discovered FireBot can extinguish flames using either water or powder through its robotic arm. Unfortunately, it doesn’t look like FireBot can climb stairs…

The perfect portable tool for any aspiring DJ, the Monster GO DJ is about the size of a TV remote, and fits in your backpack much more easily than a full-size set of turntables.

Like the Roomba’s distant cousin, the Windowmate is a magnet based, small-scale window cleaning robot. The Windowmate is able to automatically recognise the length and width of each window, sticking itself onto the glass ready to start cleaning at the click of a button.

Once finished, the Windowmate will return to its starting point to let you know once the window has been cleaned. Sounds like a much easier solution than hoisting oneself up the side of a skyscraper in a little metal basket to scrub windows. Yikes. 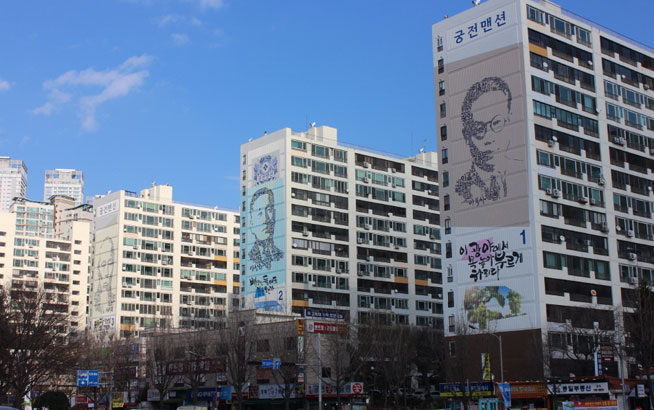 Again removing the need to send people up the side of buildings, the ARTBOT is a robot that serves to paint buildings safely in an unattended remote control manner. ARTBOT works by spraying graphic pixels directly onto exterior walls, removing both the risk of human error, and also allowing for more complex building designs to jazz up our streets. 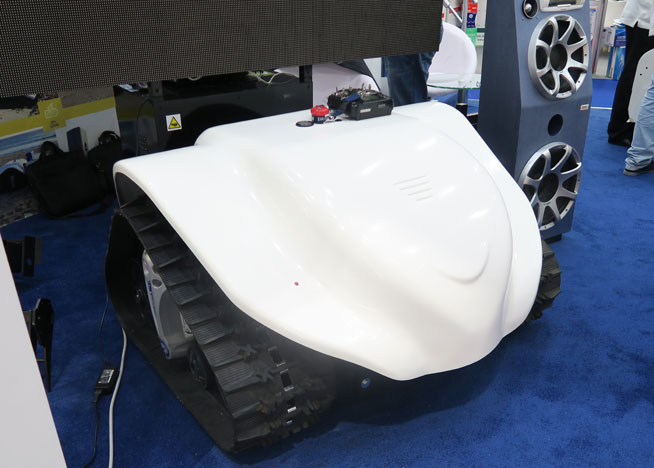 The XBOT is a powerful, robust, all-terrain robot that is fully remote controlled, and comes with video streaming capabilities, as well as a powerful swinging arm – capable of pulling large trailers for applications such as crop-spraying, remote video surveillance, beach cleanups and much more.

Those briefed in the world of drones have probably heard of Parrot, but quite possibly the coolest product in their GITEX entourage was the Parrot Bebop Drone with Skycontroller. As if drones weren’t cool enough, the Skycontroller looks like something that could feature in the new Star Trek film. Offering improved control precision, extended range, FPV glasses compatibility (yes, that means seeing through your drone’s eyes) and more, Parrot are right at the forefront of the up and coming drone technology.

As if 3D printing wasn’t cool enough, the 3Doodler has taken it one step further, making it easily available to the masses. Under the guise of a chubby pen, the 3Doodler has received a 2015 revamp making it slimmer and lighter than its old brother. Basically a pen that can draw in the air, the 3Doodler works by extruding heated plastic filament that cools almost instantly into a solid structure – allowing you to draw whatever your heart desires in three dimensions.

News
Things to do
EDITOR’S PICKS
13 Sheikh Hamdan-approved restaurants in Dubai
READ MORE
Dubai brunches temporarily banned in new preventative measures
READ MORE
12 upcoming Dubai mega-projects we can't wait for
READ MORE
16 of the best beach bars in Dubai for sundowners
READ MORE
MOST POPULAR
Abu Dhabi restaurants where you can celebrate your love of Spritz
6 great beachside breakfast spots to try in Dubai this weekend
7 great deals to check out in Original Wings & Rings in March
Throwback: Check out these photos of the UAE's first hotel
5 empowering ways to celebrate International Women's Day in Dubai
YOU SHOULD CHECK OUT
Our website uses cookies and other similar technologies to improve our site and your online experience. By continuing to use our website you consent to cookies being used. Read our privacy policy here.