Whether your memory of a sea car is more Chitty Chitty Bang Bang nostalgia then the infamous action-packed James Bond chase scene, we’ve all dreamed of racing our own amphibious car.

Two Dubai drivers made this a reality yesterday.

Waldorf Dubai guests and residents were treated to the first ever amphibious supercar performance, where two vehicles – part of a collection belonging to Sheikh Hamdan bin Mohammed, the Crown Prince of Dubai –  seamlessly transformed into speedboats. 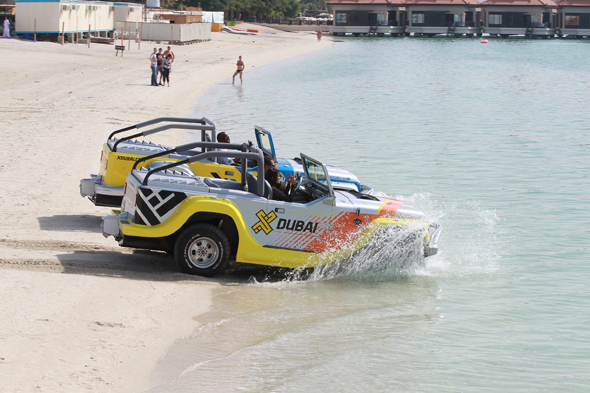 The unique performance saw two of the brightly-coloured specially adapted Jeep-like cars make a beeline for the water’s edge before smashing across the waves. As the car’s wheels raised horizontally, the two drivers then raced briefly in front of the fronds of the Palm hitting speeds of about 85km/h before performing stunts and donuts by the shore. 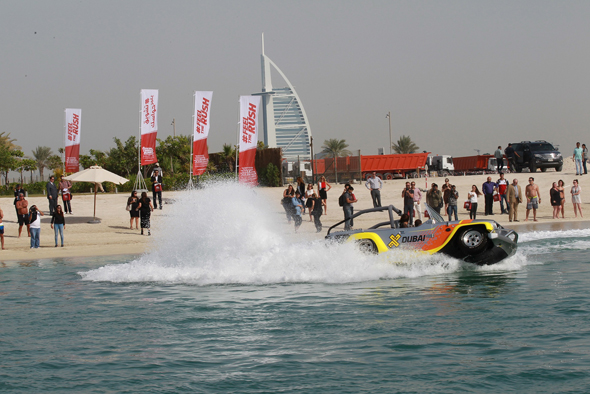 The event took place on the waters off Waldorf Astoria Dubai Palm Jumeirah as part of the Dubai Motor Festival events, which culminates at this weekend’s Motor Village at Meydan.

This isn’t the first time these colourful transformers have been spotted in Dubai.

Earlier this month, Dubai Customs flaunted their cool new ocean super toys at GITEX.  The solar-powered and environmentally friendly vehicles are being used by maritime Customs inspectors at Dubai Creek. 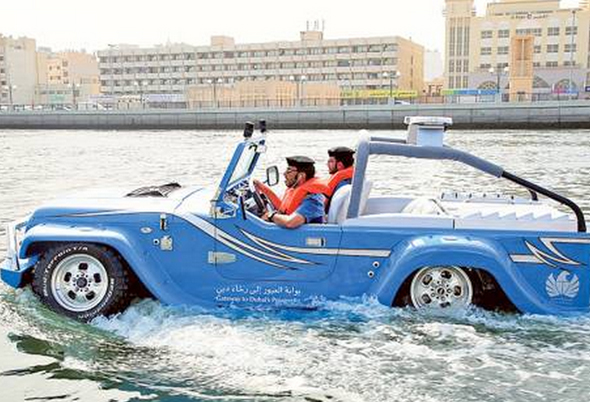 Fitted with sophisticated inspection gadgets, the amphibious vehicle is designed to combat smuggling. It’s able to detect, scan, analyse and document illegal and hazardous substances at Dubai Creek, before sending the results to the main control room at Dubai Customs for a follow up.

James Bond eat your heart out.