After his last set here made him re-evaluate his thoughts on clubbing in Dubai, Yousef is looking forward to rocking Shibuya once again.

The last time Yousef came to town, people were talking about his set for a long time after: the Circus ringleader proved he still has the same skill and wit in the booth that won him a UK DJ competition and started out his career all those years ago. It makes sense, then, that he’ll be back in the UAE this weekend when he plays at Shibuya once more.

“Last time was a real eye opener to Dubai finally developing a taste for fresh underground music,” says the man of his last visit to town. “The club rocked hard and it felt like Liverpool, LA or Lima, not typical of what Dubai gigs have been like in the past.”

Those thoughts are ones being echoed ever more by the world’s DJ elite as they pass through this place on an ever more frequent basis. Reporting that he enjoyed the cosmopolitan vibe of the crowd with all its many different ages, creeds, sexes and nationalities, Yousef responded by digging deep into his underground house and techno bag and going hard. Happily, the crowd went every step of the way with him and he reports that it was “easily my most enjoyable Dubai gig to date”. Not bad given that he has played here many times over the last ten years and has seen Dubai’s club scene evolve and grow.

Still, it isn’t quite his favourite place in the world to play just yet, but that is understandable given that this Essential Mix star, Circus Recordings label boss and Bpitch Control associate has played pretty much every club worth its entry fee over the course of his career. 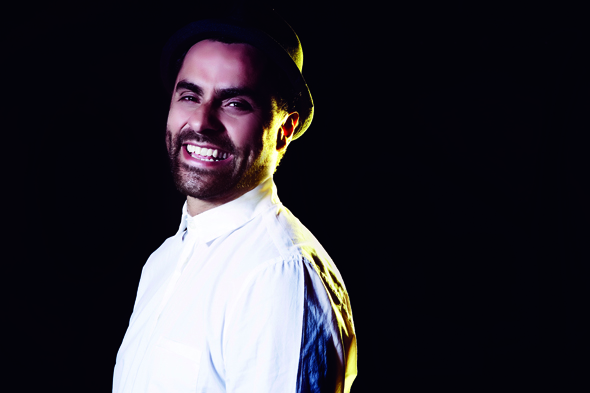 “South America, for me, is the best place in the world to the play,” he opines. “The clubbers genuinely feel the music and seem to appreciate the DJs and what they are trying to do and get across with their music. The crowds are massive and long lasting: only last week I played to 3,500 people on a Sunday night – it was amazing. Every DJ tour I do down there gets better and better.”

Many DJs say that they get paid for travelling and DJ for free, and as such pack things with them to make the gruelling, lonely miles on the road that bit more bearable. For Yousef, father to a young son, the personal effects he takes with him are more touching than most. “I have a babygrow I had made for my son for when he was born. He’s grown out of it now, but I keep it in my tour bag to remind me of home when I get homesick,” he tells Hype.

As well as his work as a DJ and producer, Yousef has also been running his own Circus nights in Liverpool (and various other places such as London) for many years, and so rarely gets time away from music. “These days, with so much global touring, running my events and record label, mentoring other artists, going through my music for the gig, my pre-set routine is try to eat, try to get some sleep, and see if I can catch up on some work: the gig always comes first though, no matter what.”

Rather than trying to cram music making into a long journey on a simple laptop, nowadays Yousef tries to produce only when at home in the studio. “I find I’m more creative when I’m fully focused,” he says, before detailing his latest three-track EP, Are You Ready, on Circus, a remix of Zoeki Roozlee on Roush Records and a remix of John Digweed and Nick Muir’s Track For Life on the legendary Bedrock label.

“I don’t really party that hard any more,” he says when asked about how he balances life on the road, hedonistic club environments and being a father. “I’ve been there and I used to be pretty out of control. But as I’m so busy, going over the score and travelling don’t mix well. I’m there to rock it, so I want to be clear to do it.”

When not touring, producing and doing his weekly radio show, 21st Century House Music, which goes to four million listeners globally through both online and FM channels, Yousef is also a mentor for Burn, offering a wide range of strong advice and insight into many aspects of the industry he’s very experienced in.

“Burn had watched me as a DJ and wanted me to offer my understanding of how to break into the music industry and, more importantly, stay part of it long term. I love helping people so I was honoured to be asked to be a lead mentor,” says Yos.
With credentials such as Yousef’s, anyone privy to tips from this man is learning from a master.

News
Nightlife
Things to do
EDITOR’S PICKS
What’s On Nightlife Awards 2021: Here are the winners...
READ MORE
Where to see fireworks in Dubai
READ MORE
This new ladies' night offers a free open bar every Tuesday
READ MORE
Coming soon: The hottest new bars, restaurants and beach clubs
READ MORE
MOST POPULAR
Bob Marley’s The Wailers to perform at The Irish Village next month
A gorgeous rooftop bar has opened at Expo 2020 Dubai
Culture guide: A classical music night, performances and more to check out from Oct 28 to 30
Exploring Abu Dhabi’s hidden worlds of Culture and Cuisine
Myrra's last Saturday Summer Brunch is a special Halloween edition
YOU SHOULD CHECK OUT
Our website uses cookies and other similar technologies to improve our site and your online experience. By continuing to use our website you consent to cookies being used. Read our privacy policy here.