News
Salaam!
Things to do

There’s never a boring day in the emirate – from super phones to flying men, here are our favourite Dubai stories of 2015.

1. When these brave folk base-jumped off of Princess Tower

“Dubai likes to push it bigger and better,” they say at the start of this video, and right they are.

One of 2015’s ultimate only-in-Dubai moments was when athletes ran and jumped off of the world’s second tallest residential tower earlier this year, and they filmed it too naturally:

2. When a whale shark swam through Dubai Marina

Dubai stood still in awe for a few moments in August when news spread around the city that a whale shark was taking a summer swim through the busy waters of the Dubai Marina.

The shark, which most people thankfully left to its own devices to navigate its way back into the wide ocean, was spotted back in the Marina a few days after the first sighting, but it has clearly continued on its migration as it hasn’t been spotted recently.

3. When Star Trek & Jackie Chan took over the city

While we’re not 100 per cent sold on the just-released trailer, there’s no denying it was incredibly exciting when Dubai turned into a giant film set in October as Star Trek Beyond and its stars descended on the city. The most obvious action were the choppers swooping over a closed-down Sheikh Zayed Road one Friday morning:

The set was snapped by DIFC residents, and the stars were spotted around the city. Also making movie magic in Dubai in October was Jackie Chan and his Kung Fu Yoga crew.

4. When Jetman flew in the wake of an A380 (and many of us spied it happening)

How many of you noticed an incredibly-low-flying Emirates plane in Dubai skies in October? We did. Then, a few weeks later, we all found out what was actually happening when XDubai released a video showing Yves Rossy – also known as Jetman – flying around Dubai’s coastline, getting up close and personal with a colossal Emirates Airbus A380.

It has to be seen to be believed:

5. When the world went crazy over Dubai Police’s car fleet

Supercars are a dime a dozen in the city, but when Dubai Police released a video showing off the luxury cars in its fleet in February it captured everyone’s attention, racking up millions of views around the world.

The video of Audi R8, Bugatti Veyron, Mercedes G Class and Lamborghini Aventador on the streets of Dubai has since been viewed 3.6 million times.

6. When the all new Al Qudra Lakes opened 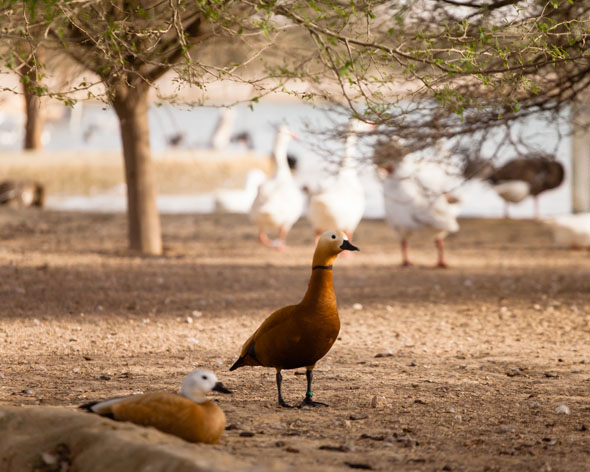 The freshest spring treats in Dubai this year were the improvements made to the Al Qudra Lakes area. By April the 84 km trail loop cycling track, cafe and general loveliness of the leafy lake area was all anyone was talking about. Renting a bike and going for a ride there is now one of our favourite past times (although it already does get very busy).

7. When this super iPhone survived a 40-storey fall

A Dubai-based photographer was shooting from the rooftop of DIFC’s Liberty House on the particularly foggy morning of April 9 when a gust of wind blew his precariously positioned iPhone, wrapped only in a simple silicone case, over the edge.

And, somehow, miraculously, it survived without a scratch – here’s the moment it fell:

I had a bit of a mishap this morning – shooting from the 40th floor, my phone decided to go for a ride into the wind. 40 floors down, not a scratch in sight! 🙂 #iphone #Dubai #UAE #ohno #freefall

8. When everyone went crazy over the money-can’t-buy zipline

His Highness Sheikh Hamdan bin Mohammed bin Rashid Al Maktoum introduced us to it, and then we were told you couldn’t book an XLine Dubai experience, you had to win it. Or be invited.

Since then, we’ve been lucky enough to try it (and Floyd Mayweather did too), and it’s still operating so you can still win a go (head here to find out how).

One thing’s for sure, ziplining over the Dubai Fountains and past the Burj Khalifa is a true only-in-Dubai experience.

9. When Kite Beach kiosk opened up 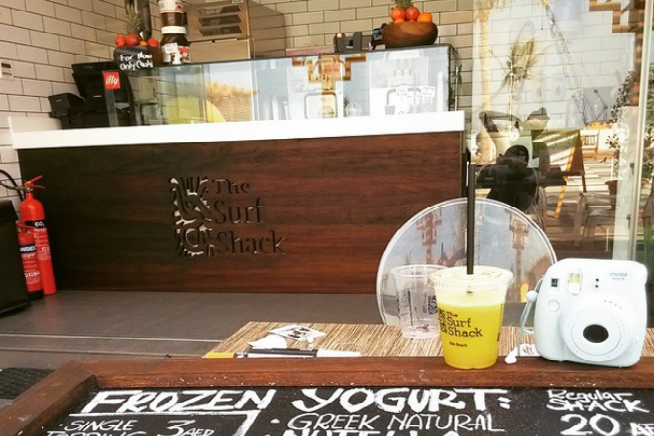 At the very beginning of the year, Kite Beach upped its game with the opening of a group of food shacks right on the beach – meaning Dubai’s flip-flop brigade could pop down, day or night, for everything from a coconut frappe to a plate of pancakes.

Sure, it’s not the most go-viral Dubai story of the year, but it was a development that truly enhanced the city. Oh and Kite Beach was also one of the city’s most-talked-about destinations six weeks ago, when it became home to many many fluttering UAE flags:

10. When this video walking us through the city came out

This seamless three minute exploration of Dubai took three months to film (and has been viewed nearly three million times on Vimeo).

The stunning short film instantly captured the imagination of the world, going viral across the hemispheres.

As the filmmaker Rob Whitworth wrote, “Dubai may be home to the world’s most outrageous skyline but Dubai’s desert dunes and historical creek are where you’ll find its soul.”

News
Salaam!
Things to do
EDITOR’S PICKS
Ain Dubai will open with fireworks, live music and a drone show
READ MORE
Incredible Aura SkyPool to open in Palm Tower this November
READ MORE
Brit Grand Slam hero Emma Raducanu confirmed for Mubadala Tennis
READ MORE
What’s On Nightlife Awards 2021: Here are the nominees...
READ MORE
MOST POPULAR
Nancy Ajram and Ragheb Alama are performing at Expo 2020 Dubai in November
Miami Beach-inspired luxury resort Th8 Palm is opening in November
Watch your next film under the stars as outdoor cinemas return to Dubai
This new ladies' night offers a free open bar every Tuesday
This Sicilian rooftop party brings Godfather glamour to Dubai
YOU SHOULD CHECK OUT
Our website uses cookies and other similar technologies to improve our site and your online experience. By continuing to use our website you consent to cookies being used. Read our privacy policy here.