Battle of the DJs: David Guetta vs Martin Garrix

Two titans of dance will play separate gigs in Dubai this New Year’s Eve, so who should you go see? May the best beats win…

On one side of the desert stands David Guetta: the multimillion selling French DJ and friend to the stars behind tracks like Without You, Where Them Girls At and When Love Takes Over. On the other is Martin Garrix, the 19-year-old Dutch prodigy and Animals hitmaker recently named the world’s best electronic artist by MTV.

Who do you want to hear?

This will be the dilemma facing Dubai’s dance music fans on December 31, as two of the most famous DJs in the world touch down in the city to ring in 2016 with huge gigs; Guetta at the Dubai Media City Amphitheatre, and Garrix at Meydan Racecourse. To help you decide, we’ve pulled together their vital stats to see how the two men measure up.

Known for: His genre-hopping collaborations. Guetta has joined forces with everyone from publicity-shy singer-songwriter Sia to larger than life rapper Nicki Minaj to make records.

Win: His hit When Love Takes Over, which featured the voice of Destiny’s Child star Kelly Rowland, was named the number one dance-pop collaboration of all time by Billboard this year.

Fail: Guetta holds the dubious honour of the number one spot on the 2015 Bottom 100 DJs list, a spoof of DJ Mag’s annual Top 100 DJs poll.

Trophy cabinet: Guetta has two Grammys, an MTV Europe Music Award and a Billboard Music Award for top EDM artist in his collection.

Ultimate quote: “I’m not the type of person to live in fear. I think positively.”

Famous fan: Will.i.am from the Black Eyed Peas tapped up Guetta after hearing Love Is Gone. 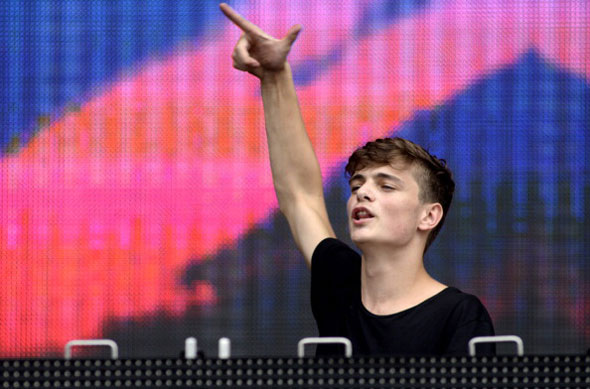 Sales: His breakthrough track Animals has been certified platinum.

Win: At 17 he became the youngest person ever to hit number one on Beatport, the online electronic music store.

Fail: The only way is up for Garrix thus far…

Ultimate quote: “I want to show everyone that if you pursue your dreams, they can come true no matter what.”

Famous fan: Garrix has been spotted partying with Justin Bieber in Amsterdam.

News
EDITOR’S PICKS
UAE holiday dates announced for Eid Al Adha
READ MORE
Another update: Emirates extends suspension of flights from India to UAE
READ MORE
Coming soon: Everything we know about Ain Dubai so far
READ MORE
Khorfakkan set to open new tourist attraction 580 metres above sea level
READ MORE
MOST POPULAR
It's Dhs350 to brunch, stay and play at the What's On Lock In this weekend
Culture guide: Art, theatre and more to check out from July 29 to 31
Review: Isola Ristorante
Dubai bucket list: 5 incredible new things to do in the city
Win! A one-night stay at W Abu Dhabi – Yas Island
Win! Brunch for four at Hoi An
YOU SHOULD CHECK OUT
Our website uses cookies and other similar technologies to improve our site and your online experience. By continuing to use our website you consent to cookies being used. Read our privacy policy here.