Nouvelle Vague is coming to Dubai

They’re probably the coolest cover band in existence, and they’re coming to Dubai…

Nouvelle Vague are a band known for adding Brazilian-style bossa nova beats and French je ne sais quoi to the New Wave and Punk hits of the 1970s and 1980s.

So yes, they’re a cover band, but in a very French, very classy way.

The good news for fans, or even just for those keen to explore their musical horizons? The band’s doing a gig in Dubai on March 11 at the Music Room.

Here’s one of their covers, which fans of comedy may remember from the Bridesmaids soundtrack (while fans of the Violent Femmes may just miss the original):

The band’s name directly translates from French to ‘New Wave’, a play on the music they pay homage to, as well as a reference to the French cinema movement of the 1960s.

Founded by Parisian producer Marc Collin and guitarist Olivier Libaux in 2004, the band has a number of different female vocalists on roster that contribute to the shows and songs at any given time (we’re not sure which of the vocalists is coming to Dubai yet). 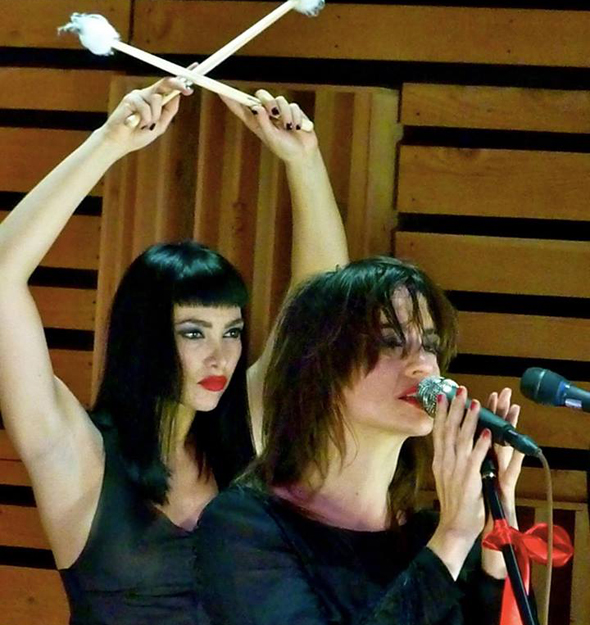 According to NPR, the band often seeks out younger singers to collaborate with, so that when they cover the songs from the 1970s and 1980s they have zero preconceptions about how the numbers should be performed.

And while the music of the late 70s and early 80s are the band’s distinct go-to, they have also covered some newer music, including tunes by the Queens of the Stone Age (who peaked in popularity in the early noughties).

Here’s one of our favourites from Nouvelle Vague – their cover of the 1977 Sex Pistols hit God Save The Queen:

News
Nightlife
EDITOR’S PICKS
Ain Dubai will open with fireworks, live music and a drone show
READ MORE
Incredible Aura SkyPool to open in Palm Tower this November
READ MORE
Brit Grand Slam hero Emma Raducanu confirmed for Mubadala Tennis
READ MORE
What’s On Nightlife Awards 2021: Here are the nominees...
READ MORE
MOST POPULAR
The most up to date information for entering Abu Dhabi: Oct 2021
First look: Instagram breaking 2D cafe, Forever Rose opens in Yas Mall
Emirates warns passengers to arrive early to DXB airport this weekend
Pics of the week: Your best photos of the UAE
Take a look inside the brand new Madame Tussauds Dubai
YOU SHOULD CHECK OUT
Our website uses cookies and other similar technologies to improve our site and your online experience. By continuing to use our website you consent to cookies being used. Read our privacy policy here.