Go on, we all love a bit of celeb gossip from time to time…

With RedFestDXB starting today, the city’s got a fair few famous faces knocking about, and it’d be a shame if you passed one in the streets without noticing who they were.

For those reasons, we’ve gone ahead and thrown together a list of some of the celebs who were either in, or are passing through Dubai this week. So now if you were almost certain you were at the same restaurant as a celeb, or crossed one of them in the mall – you can confirm your suspicions and prove to your friends you weren’t lying. 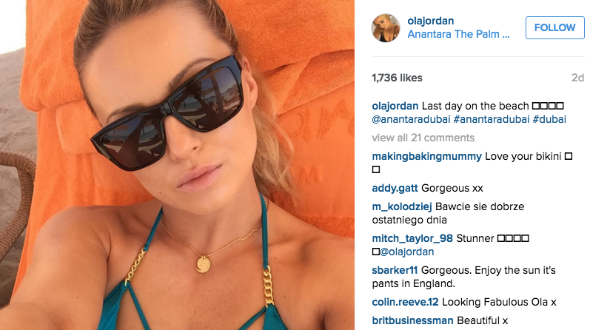 Ola Jordan, one of the professionals on British TV show Strictly Come Dancing was spotted taking a break in Dubai after having finished up her last ever season on the show. 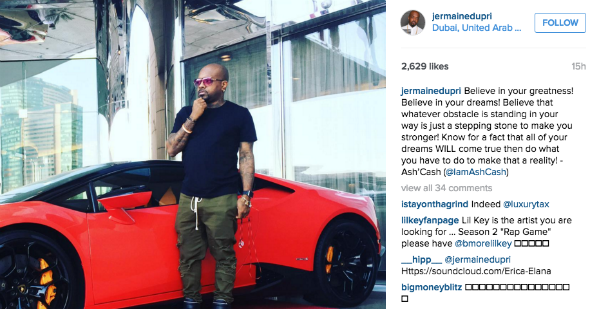 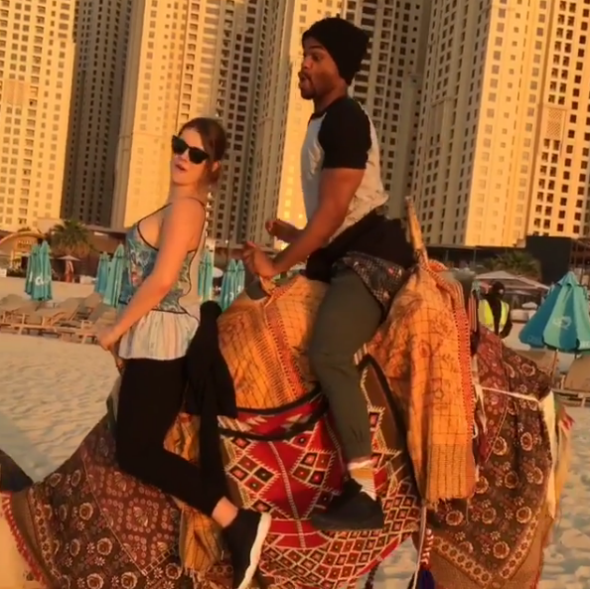 King Bach, a Vine comedian with 15 million followers, came down to check out the beach and Ski Dubai. 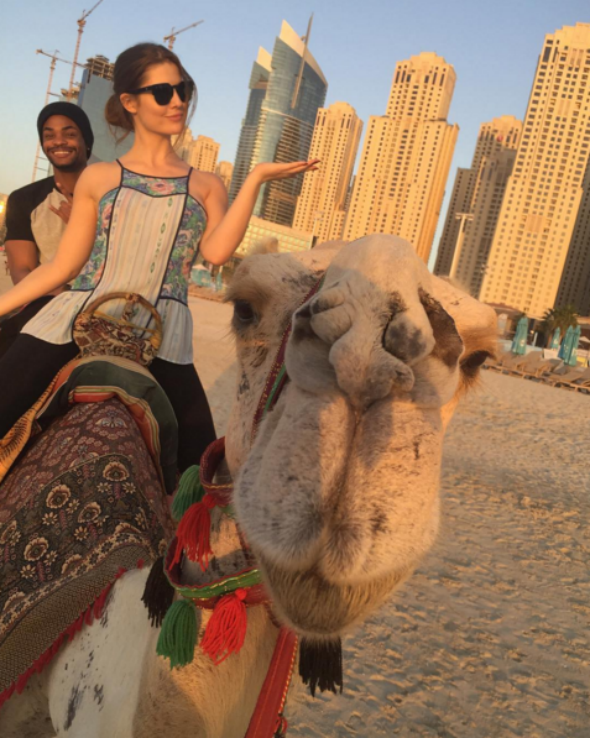 Accompanying Bach was fellow Vine comedienne Amanda Cerny, a social media celebrity with over 4.2 million followers. She spent the week in Dubai to soak up some sun. 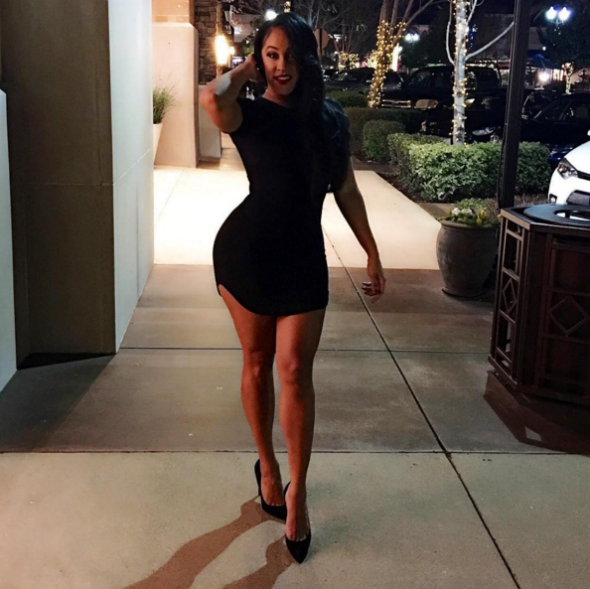 Natalie Nunn, known for being on TV show Bad Girls Club as well as Hair Battle Spectacular, Love Games: Bad Girls Need Love Too, Bridezillas and more is visiting the city with a few friends. 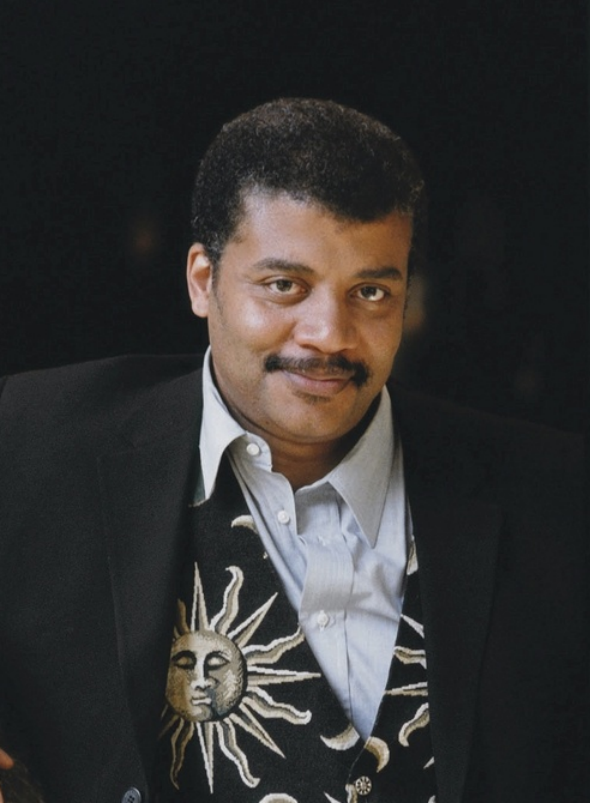 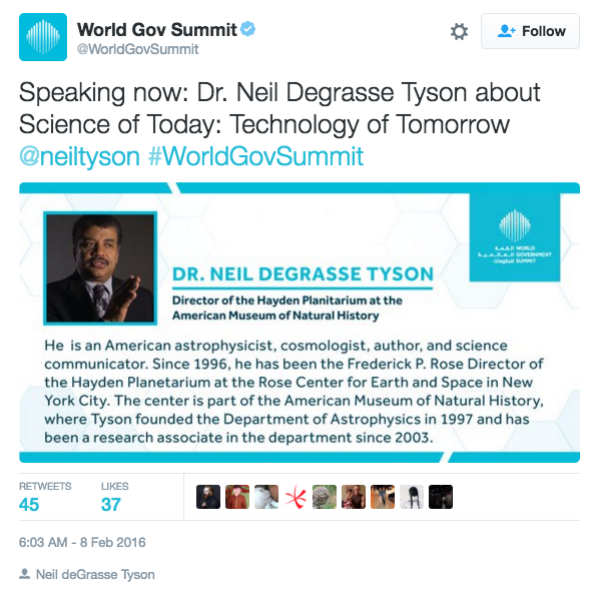 Everybody’s favourite cosmologist and astrophysicist Neil DeGrasse Tyson came to visit for the first time ever, hosting a talk at the Dubai World Government Summit about the scientific and technological advances made during the Golden Age of Islam.

However, it seems nobody took any photos of him, despite the man’s astronomical presence – eclipsing his attendance at the summit entirely. 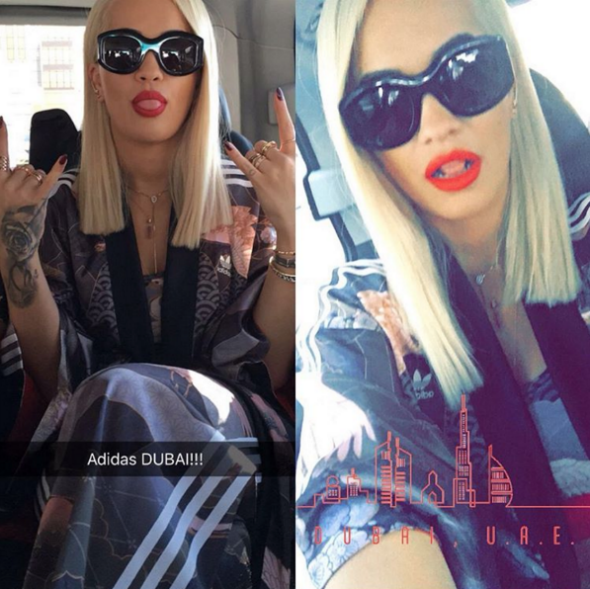 Singer and X-Factor judge Rita Ora is in Dubai to headline RedFestDxb on February 11. And she even went to the effort of adding a Dubai skyline to her Snapchat (aw). 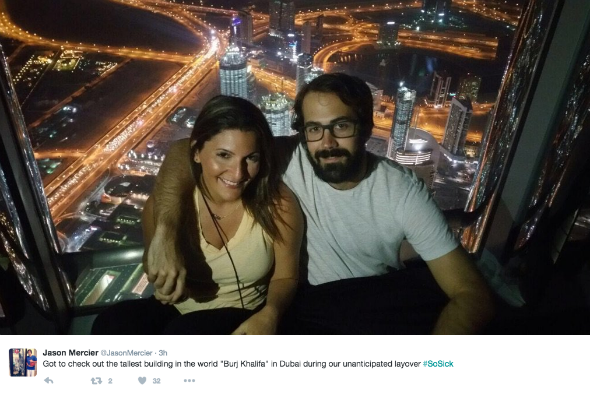 29-year-old Pokerstars pro Jason Mercier was spotted at the Burj Khalifa after an unexpected layover in the city. 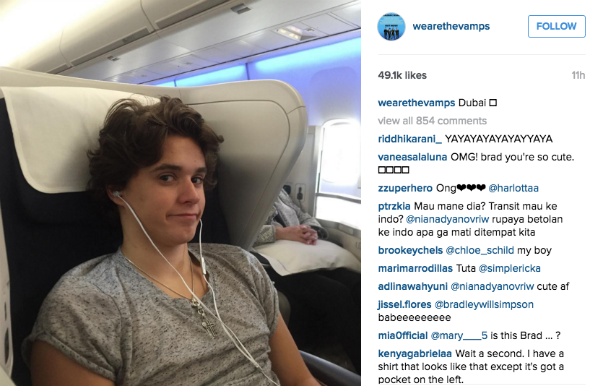 British boy-band-slash-heartthrobs The Vamps have landed ahead of their show at RedFestDXB. 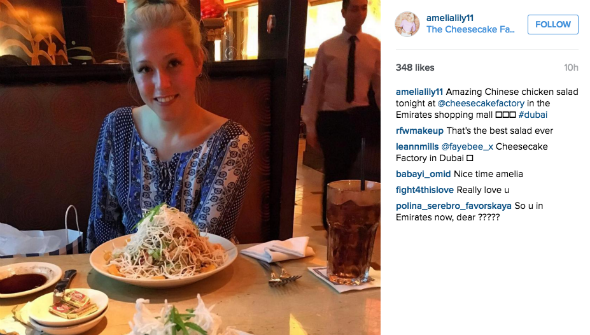 Amelia Lily is one of the stars of Green Day’s American Idiot Musical (she plays the character ‘Whatshername’), and she stopped by the city for a break away from the stage.