Avicii is coming to Dubai: Do you love him or loathe him?

Avicii is ‘The Marmite DJ’ – he splits opinion like a chainsaw through butter. Hype asked four people whether his music tickles their tastebuds — or not.

His Wake Me Up track may be the most streamed track in song history, but – just like Marmite – EDM DJ and producer Avicii splits opinion. Sure, fans pack out his massive gigs, but on the flipside there are many more who wouldn’t open the curtains if he were performing in their backyard (and may be glad that he recently said he’s planning on quitting the whole DJ thing).

The Swede shot to mainstream fame on the back of his 2011 track Levels, and huge gigs, with astronomical fees to match, soon followed. He made history again by being the first DJ to headline the world – famous Radio City Music Hall in New York City, in 2012, and has picked up a clutch of awards since bursting onto the scene. 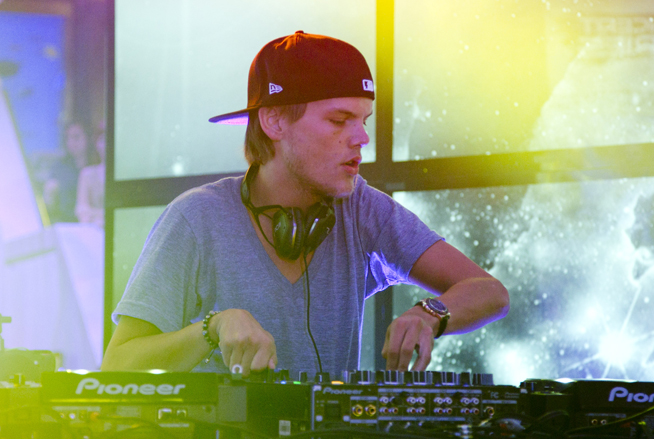 With two artist albums to his name, True and Stories, the latter sees Avicii in more genre-bending mood – “I drew inspiration from so many different genres; I explored rock, reggae, blues, jazz and many more”. For Stories, he also collaborated with the likes of Chris Martin, Wyclef Jean and Zac Brown.

So far this year, he has partnered with Coke for the brand’s global campaign anthem, and has once again teamed up with Coldplay to produce the band’s Hymn For The Weekend track.

Of course, the world would be a boring place if we all liked the same music but the saying “one man’s meat is another man’s poison” seems more than appropriate when it comes to Avicii. With the opinion-splitter coming to town to play a massive show in Dubai this weekend, we asked four people which camp they belonged to – and why? 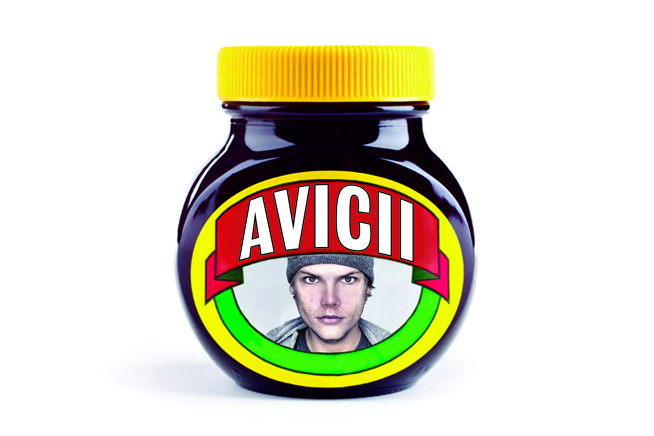 YUM: THOSE WHO LOVE AVICII

I’ve been a fan of Tim Bergling, better known by his stage name Avicii, since way back in 2011 when I stumbled upon his song Fade Into Darkness during a college party. I like many tracks from the Swedish sensation more than any other EDM superstar DJs out there because of the positive vibes expressed through his lyrics and some awesome drops, which make the listener feel good as well. Some of my personal favourites are Silhouettes, The Nights, I Could Be The One and Hey Brother, among many others.

To stay ‘true’ to his progressive house tracks and at the same time constantly turn a unique sound into complete commercial success is just simply amazing. He is musically diverse as a producer and has established a hugely successful brand in a relatively short period of time. His highly anticipated Stories album arrived late last year with an upbeat/pop bent and gained positive reviews globally.

With many successful collaborations to date, Avicii has changed the game in the EDM scene. In addition, I am so stoked for his main stage gig in Dubai on April 1. In spite of never seeing him in the flesh yet, I watch his sets through YouTube and I can tell that he knows how to put on a good show. There is no doubt that he is one of the most innovative and talented artist across genres and his music has really inspired me on so many ‘levels’.

“These are the days we’ll never forget.” In this day and age, we live in a fast-paced world where all we seem to do is work, study or just try to get through life as it is. The only thing that may help ease your worries is music and, for me, one of my heroes is Avicii.

His music has that feelgood vibe that gives you that little push you need when working out, and maybe even that little ‘pick me up’ you need to just get through the week. Avicii is a tonic.

Why do I love Avicii? Simple. His music inspires, motivates and makes you forget about life and all its complexities. You feel free from any responsibilities and you just feel like living in the moment. There is something about his tunes that brings people together, gives people a sense of camaraderie and friendship, and even just for that little while, makes you feel truly alive. His music is relatable, which encourages the audience to connect to him on different ‘levels’. Not only that, his music has converted me to become a “true believer” that there is “hope for a better day”.

All my life, I’ve been waiting for someone like him. And definitely, he is worth the wait.

YUCK: THOSE WHO LOATHE AVICII

Is it OK to love Avicii? Maybe. Say, if you’re 16 years old and think EDM is, like, the coolest thing everrrrr. Or if you prefer your listening diet to be devoid of any soul, emotion or artistic integrity. Actually, scratch that, it’s not OK. Avicii’s music is vapid, vacant, a chainstore where everything is beige.

Now don’t get me wrong, I’ve no personal vendetta against Tim Bergling. His music, though, is deeply dreadful. It’s music for people who don’t like music. It’s manufactured, mass-market stuff. That’s fine, of course, when you’re willing to admit your motivation. But the songs that the Swede produces and plays are masquerading as credible dance music. It’s anything but. It’s pop targeted at specific demographics with a cynicism that’s either sheer genius, sinister, or both.

When EDM was becoming huge in the USA, what did Avicii do? He fused his cheesy pop dance with country & western in an attempt to appeal to the Midwest market on the track Wake Me Up. His collaborations have been similarly aimed at attracting different audiences. But when your idea of a cool feature is getting kindred spirit boredom merchant Chris Martin of Coldplay on the mic, it’s the bland leading the bland.

Why any dance fan would want to listen to his soul-sapping parade of obvious build-ups and corn syrup melodies is mystifying. There’s no funk, no groove – it’s the audio equivalent of decaf coffee. What’s the point?

It is not OK to love Avicii. It is not OK to pass him off as harmless fun. Not OK to enjoy him ironically. Far from the innocent babyface he looks, he is actually a toxic and cynical moneymaking machine that operates largely on autopilot.

Firstly, he reportedly charges a quarter of a million dollars to play a show, even though he has admitted that each one is preprogrammed. He thinks that reading the room and reacting to a crowd is what “a lot of older DJs are saying to kind of desperately cling on to staying relevant”.

Then there is the lyrical content of his patronisingly simple songs, which never gets better than sub-’90s boy band tripe such as “All of my life I have been waiting for someone like you.” Not quite Promised Land, is it? All that is bad, but not as bad as teaming up with drippy white boy rockers Coldplay not once, BUT TWICE!

He has also, despite already being “the 6th fastest growing company in Europe with a revenue of €7.7 million in 2014”, sold himself to Coke for a global ad campaign, and tried to block Leona Lewis from releasing a track that samples one of his, yet happily shouted about his own bootleg of classic house cut Finally by Kings of Tomorrow.

Then there was the time he complained about only having one bra thrown at him during a show, and the fact he has been quoted to say that he doesn’t like dancing. DOESN’T LIKE DANCING! Add into this the predictability of his by-numbers productions and his sync-button happy DJ sets and you have the exact antithesis of what a dance music producer and performer should be all about.

ALL YOU NEED TO KNOW ABOUT AVICII’S GIG:

What: Avicii
Where: Zabeel Halls 4 and 5, World Trade Centre, Dubai
When: Friday, April 1, at 9pm
Why: If Avicii floats your boat… this is his first show in Dubai since he had to cancel a gig due to ill health in 2014.
How: Metro to World Trade Centre
Cost: Dhs395
Info & tickets: platinumlist.ae
Heads up: Get in to mood with Avicii’s Levels podcasts.

Clubs
News
Nightlife
EDITOR’S PICKS
UAE holiday dates announced for Eid Al Adha
READ MORE
Another update: Emirates extends suspension of flights from India to UAE
READ MORE
Coming soon: Everything we know about Ain Dubai so far
READ MORE
Khorfakkan set to open new tourist attraction 580 metres above sea level
READ MORE
MOST POPULAR
A new upscale Chinese restaurant with karaoke is opening in Dubai
Feast on the best unlimited chicken wing deals in Dubai
It's Dhs350 to brunch, stay and play at the What's On Lock In this weekend
6 great things to do in Abu Dhabi this week: July 25 to 28
6 fun things to do in Dubai this week: July 25 to 28
YOU SHOULD CHECK OUT
Our website uses cookies and other similar technologies to improve our site and your online experience. By continuing to use our website you consent to cookies being used. Read our privacy policy here.