This video about Sharjah is goosebump inducing

From mosques to mountains to local food and coffee culture, this video manages to capture the ‘soul’ of Sharjah in just a few minutes…

This beautiful video that captures the essence of Sharjah was posted to YouTube just a week ago and has already had 40,000 views.

Created by Qissa and Sharjah Chamber of Commerce in collaboration with Mike Beech, who is a director based in Seoul, South Korea, the short film explores the landscapes, food culture, people and religious and architectural heritage of one of our quieter emirates.

And we don’t know about you, but we find it so stunning it’s almost got us feeling a little emotional…

Plus, remember, on Friday the drive from Dubai to Sharjah is like a 20 minute affair. So go on, get down there and explore.

THINGS TO KNOW ABOUT SHARJAH

– The Ruler of Sharjah is His Highness Sheikh Sultan bin Mohammed Al Qasimi, who, according to his official site became ruler at 32 “on 25th January 1972… after its former ruler, Sheikh Khalid bin Mohammed Al Qasimi, was assassinated in an attempted coup by loyalists of Sheikh Saqr bin Sultan Al Qasimi.” Also, he is the 18th Ruler of the emirate, in a chain of Al Qasimi Rulers that dates back to 1600 AD. 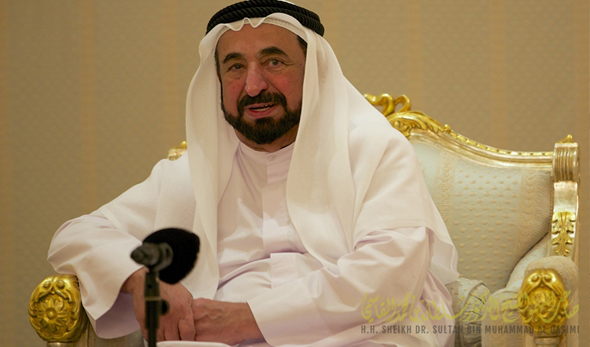 – Sharjah is the only emirate that shares a border with all other emirates in the UAE.

– It was the first emirate to provide education for women, in 1942.

Culture
Film
News
EDITOR’S PICKS
Here's the full list of UAE public holidays in 2023
READ MORE
23 incredible things to look forward to in the UAE in 2023
READ MORE
Hidden gems: 10 UAE desert pop-ups to discover this winter
READ MORE
Where to travel in 2023: 10 new flight routes from the UAE
READ MORE
MOST POPULAR
Pics of the week: Your best photos of the UAE
Dhow & Anchor has got you covered every day of the week
RTA: All the road closures you need to be aware about
Review: The Nice Guy Dubai
Masha and the Bear is coming to Abu Dhabi this April
YOU SHOULD CHECK OUT
Our website uses cookies and other similar technologies to improve our site and your online experience. By continuing to use our website you consent to cookies being used. Read our privacy policy here.