This is what Dubai looks like from the sky right now

Our constantly-changing coastline has been snapped by an astronaut this week, showing what Dubai looks like from the sky today.

Yes, we see aerial photos of the Dubai Palms from above all of the time, but they’re often taken from quite close up or from a few years ago, but this new photo from astronaut Tim Peake shows off what Dubai looks like from above right now.

His first attempt at a photo of Dubai’s recently-updated coastline was, in Peake’s words, “photobombed” by the SpaceX Dragon spacecraft (which is used to deliver supplies to space stations and the crew): 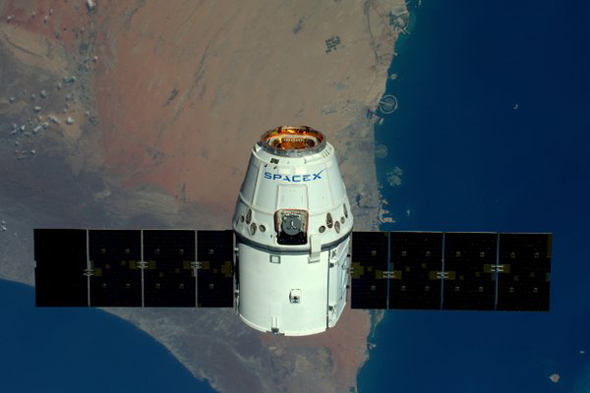 He said he’d “been waiting for a while” to get a photo of the Dubai coastline, and he soon managed to get the pesky spacecraft out of the way, zoomed in a bit and captured this image, which he tweeted out to the world yesterday: 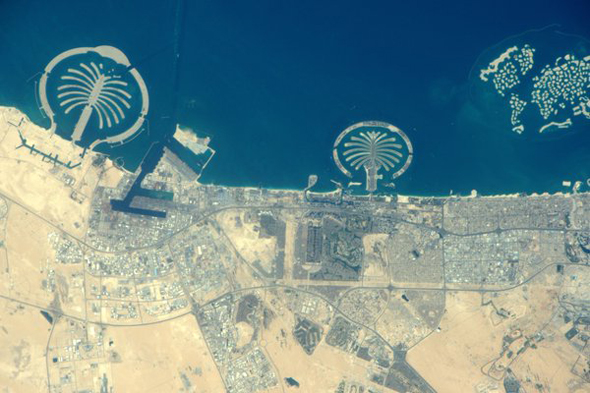 The photo perfectly captures the new mini peninsula near JBR, the detail of the World Islands, the size of the Palm Deira and how Dubai is creeping inland, with development moving beyond Emirates Road.

*IN PICTURES: 8 epic photos of the UAE from space*
*READ MORE: UAE headed for Mars*

To give further perspective on how much has changed, here’s a NASA image from 2001 of a similar patch of Dubai to the above photo (the left half of this image is the area shown in the above snap) – this really shows the progress we’ve seen in Dubai in the past decade: 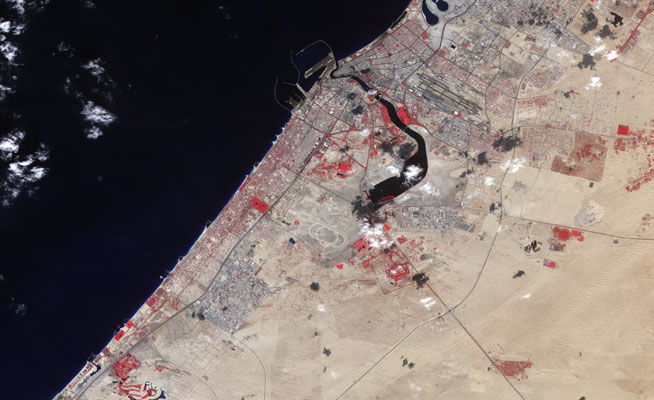 British astronaut Tim Peake is the first person from the UK to complete a spacewalk, and he’s been up in space orbiting the earth since December. He has two months left on his space flight mission. Here’s hoping he gets some more UAE snaps while he’s up there.

Here’s more about his mission: