Cybercrime in the UAE: Watch the Emirates get hacked in real time

Thought you were safe from cybercrime in the UAE? Think again.

Cyber security company Norse have an online map that allows you to view cyber attacks from around the globe as they’re happening in real time – it’s oddly addictive to watch (make sure to zoom in).

And according to Norse’s tool, the UAE is the second target for cyber attacks in the world (the US is number one): 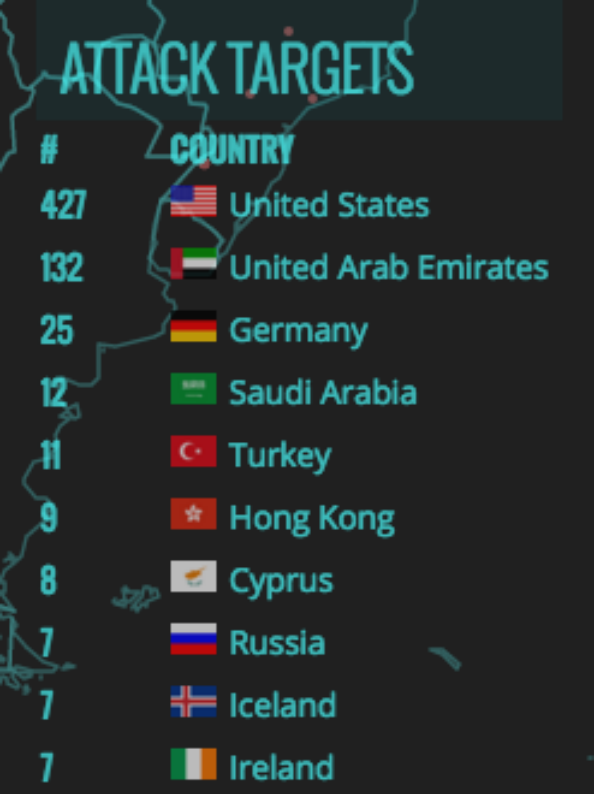 What’s a cyber attack? It can be anything from fraud and identity theft to credit card theft, it can involve spam, phishing or direct contact. Basically, it’s any crime that’s conducted over the internet.

While strict penalties are imposed upon those found committing cyber crimes within the UAE, with fines up to Dhs3 million – there’s little that can be done to prevent cyber crimes against the UAE instead of raising awareness and boosting the nation’s cyber security.

Saying that, the 6th International Cyber Crime Conference has just taken place in Abu Dhabi, which saw members of the judiciary, police, security agencies, university professors, law and IT students as well as legal advisors come together to discuss how best to prevent and fight cyber crime. The budget for fighting cyber crime in the GCC is looking to triple to Dhs3.67 billion by 2018.

More…
How to prevent home burglaries in Dubai
One man lost Dhs1.3 million in The Address fire

Ghareeb Saad, Senior Security Researcher at Kaspersky Lab said that targeted attacks in the UAE went up by 400 per cent in 2014. When asked about why the UAE was such a high target for cyber-attacks, he mentioned how according to the Arab Gulf States Institute in Washington, USA, the cyber threat is high largely due to the majority of the society being connected to the internet – 85 per cent to be exact. The UAE is also the global leader in smartphone penetration, with nearly 74 per cent of mobile users carrying smartphones.

Ghareeb went on to mention how there has been a recent increase in Ransomware, which involves hackers encrypting your files, demanding a ransom for the decryption key to make the files readable again.

We asked Gareeb Saad about how the average user can protect themselves from cyber-attacks, and he broke it down into four top tips.

How to protect yourself from cyber-attacks

2. Use built-in security features on your devices

3. Be careful when online

Stick to trusted websites and only download recognisable and reliable apps. Think twice about opening an email from a stranger, and be careful downloading any attachments you’re unsure about.

4. Be smart on social media

Watch who you befriend and trust on social media sites, as the person may not be what they seem. If in doubt, don’t accept a friend request or click on an unknown link. Set your privacy settings high, to ensure that only your real friends are able to see your photos and updates.

If you’re unsure as to whether you’re cyber-savvy though, Kaspersky have a quiz that you can take here.