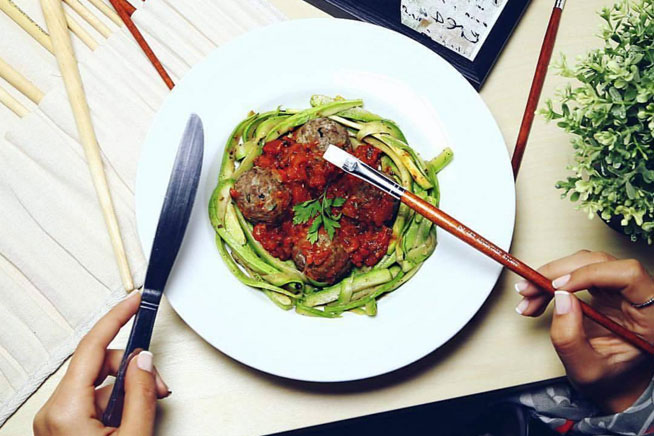 This year vegetables are moving on up when it comes to their place on the dinner table. Sad side dishes (boiled peas included) are being replaced with mains that see veg being used in new and unique ways. Think cauliflower steaks to spiralised vegetable pasta and more. In addition to the obvious nutritional benefits, it’s ideal for those sticking to low-carb or paleo diets.

Try it here: Meatballs with zoodles at Kcal 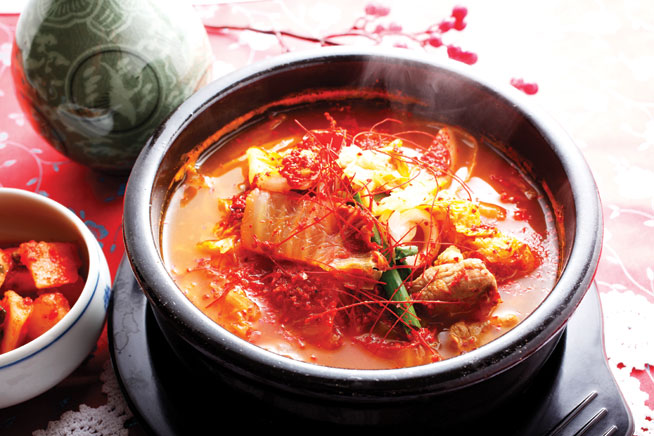 Age-old methods of food preservation are gaining popularity because of new research that shows items like sauerkraut, kimchi and yoghurt are loaded with good bacteria for your stomach. Plus, the strong flavours are popular with young chefs looking to push taste buds. 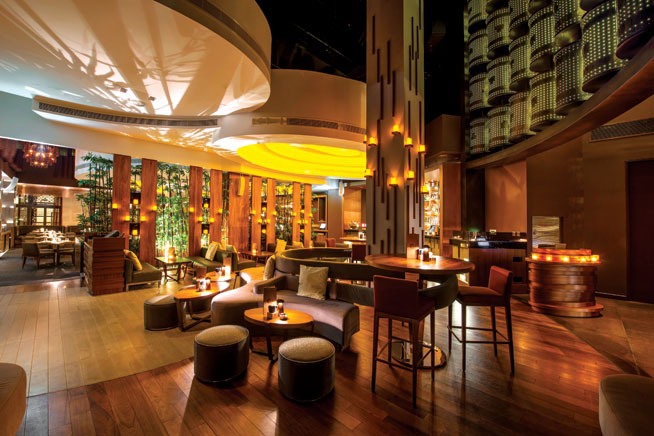 Dubbed the new kale, seaweed is the next super food in the making. We’re not talking about the paper-thin sheets used to wrap up sushi, but rather the actual fresh ocean vegetable. It tastes of umami (the Japanese ‘fifth sense’ that is best described as a strong, savoury flavour) and has super-concentrated micronutrients such as iodine and zinc. 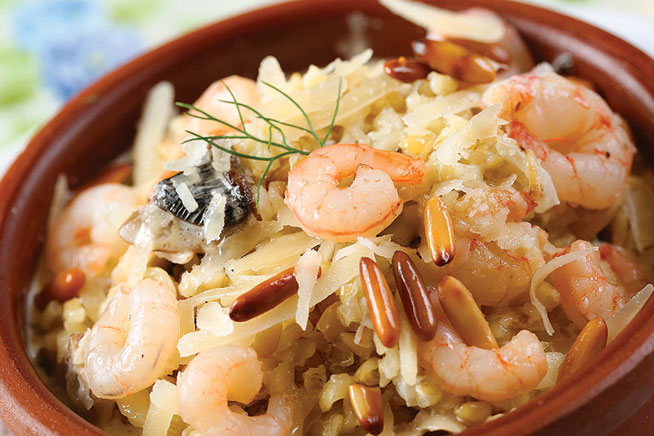 Substituting white rice with healthier options has never been easier to do. While everybody knows about quinoa, why not try freekeh? The roasted wheat grain is a staple in the region, so it’s easily accessible, and has a slightly smoky flavour. With twice the amount of fibre than quinoa, it’ll keep you full for longer too.

Try it here: Freekeh with shrimp at Yildiz Palace 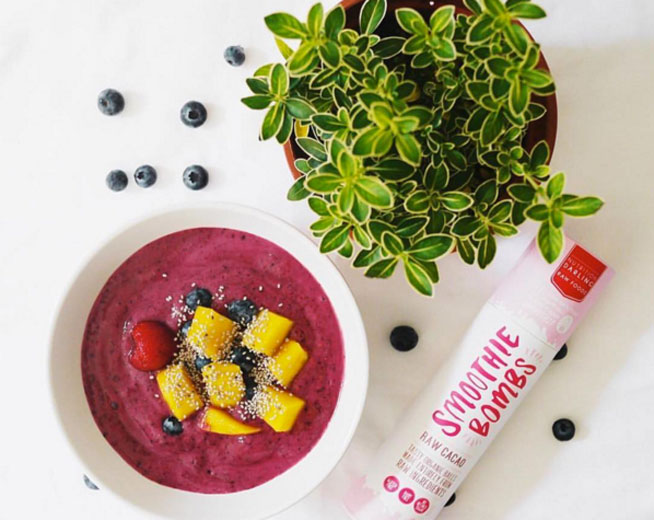 While the juicing trend isn’t going away anytime soon, smoothies are now being served in bowls instead of mason jars. The trend actually makes sense because you can now load up your otherwise liquid meal with hearty toppings like granola, seeds or fresh fruit – making it more substantial and filling.

Try it here: Smoothie Bombs consist of a tube of five super-food balls ready to crumble on top of your smoothie bowl for added nutrition. 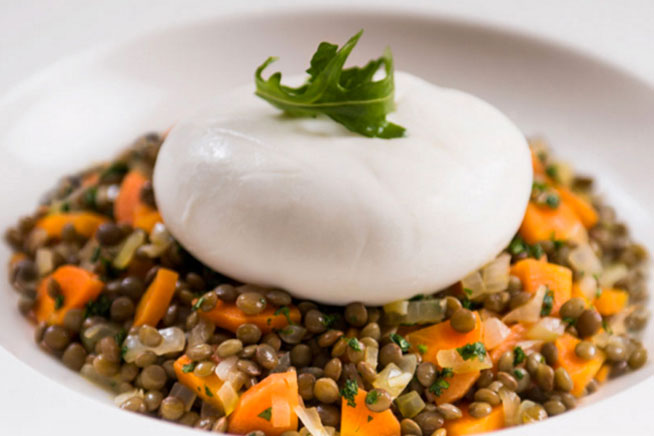 The United Nations declared 2016 to be the Year Of The Pulses. Why? Because the underrated kitchen staple (think chick peas, dried beans, dry peas and lentils) is full of nutritional benefits and the crop is surprisingly sustainable to grow. Get on board with a meatless meal that will keep you surprisingly satisfied. 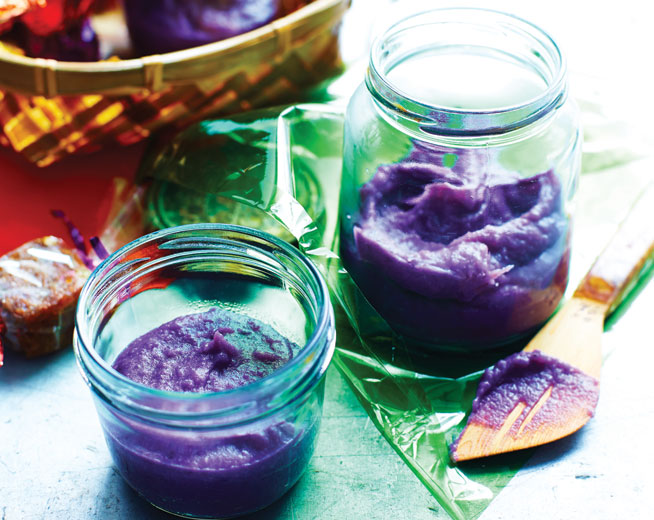 The culinary world is waking up to the flavours of the Philippines. Traditional dishes from the island country are starting to make an appearance at hip restaurants in the United States, especially the vibrantly coloured ube tuber. The purple root vegetable is typically used in sweet dishes (cakes, doughnuts, buns and more) but can also be used in savoury items as well. Here at What’s On we are rather partial to the smooth coconuty flavours of ube halaya pudding – it’s similar to creamed sweet potato mash but tastes so much better.

Eat & Drink
News
Restaurants
Things to do
EDITOR’S PICKS
Ramadan in Dubai: 40 iftars to try
READ MORE
Where can Dubai residents travel? Check out these 14 destinations
READ MORE
Rumours, facts and reveals: New Abu Dhabi bars and restaurants
READ MORE
UAE announces reduced working hours for Ramadan 2021
READ MORE
MOST POPULAR
Sheraton Mall of the Emirates has a lot to offer this Ramadan
Looking for a cosy long stay residence in Dubai? Check this out...
Have you spotted the new Talabat Patrol team on Abu Dhabi roads?
Iftar home delivery for one? Here are some options...
Stunning Australian restaurant Hunter & Barrel is now open
YOU SHOULD CHECK OUT
Our website uses cookies and other similar technologies to improve our site and your online experience. By continuing to use our website you consent to cookies being used. Read our privacy policy here.