Written by:
Nyree McFarlane
4th May 2016

“A Weslodge is opening in Business Bay,” we heard, and immediately pictured a 3-star hotel on the quiet side of the bay. But no, Weslodge is actually a restaurant on the 68th floor of the JW Marriot Marquis that serves modern Canadian cuisine.

There’s already a Weslodge in the Fashion District of Toronto that’s very pared back and industrial in style. Meanwhile, the Dubai outpost is stuffed with plush sofas, kitsch art and plenty of tattooed bartenders (the latter are clearly the key to any restaurant’s success at the moment). 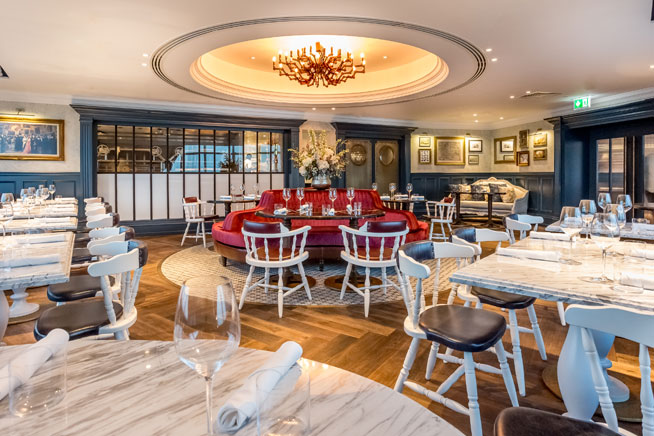 Walking in you’re greeted by a long bar. The folk on the high stools look hip and sophisticated (their suits well cut and shoes, shiny), and the bartenders serving the drinks have taste too: the house-made tonic features pink peppercorns from Dubai’s spice souq. How artisanal. 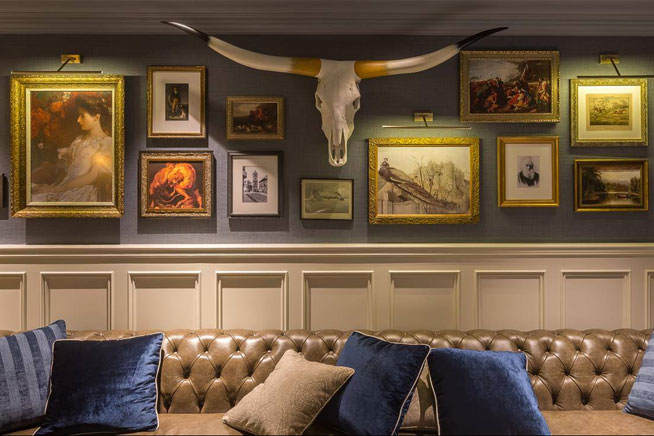 The décor of the restaurant is like JR’s living room in Dallas meets Dubai’s Shakespeare Café with a touch of a Wild West-themed bar thrown in. Yes, it’s as random as it sounds. The music is as eclectic as the design sense, with the DJ playing everything from Bone Thugs to The Smiths. 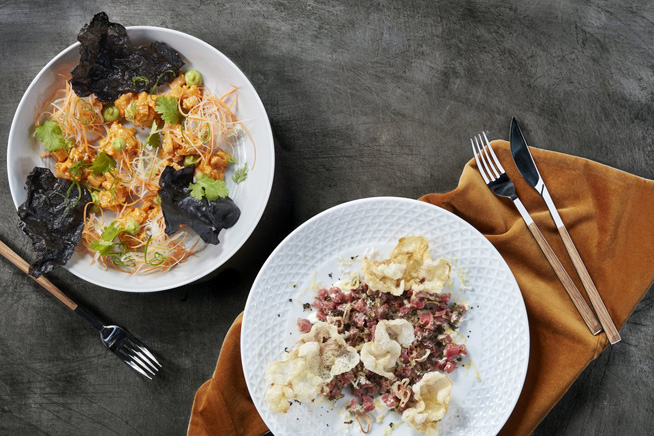 The food is served sharing style from a menu that delivers a wide range of North American food. The lobster poutine (Dhs65) was weighed down with lovely big chunks of shellfish, a rich tarragon hollandaise and distinct lobster gravy. The ahi tuna ceviche (Dhs55) was good value as the portion was plump, and the spicy yuzu sauce and crisp seaweed crackers differentiated it from the tuna ceviche on every other fine dining menu in the city. 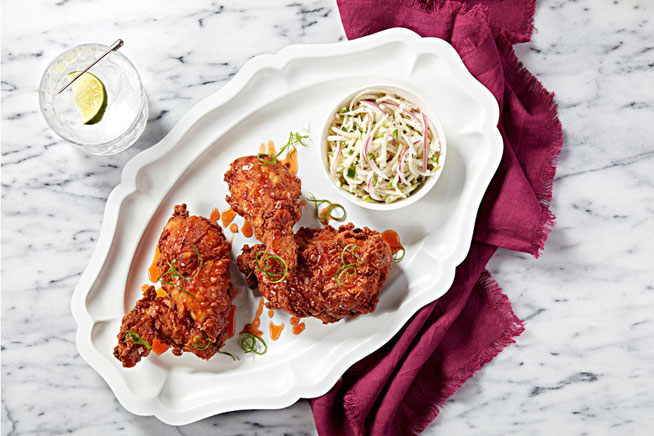 For mains, the whole branzino fish with jalapeño relish (Dhs130) was nicely charred if a little forgettable, but the southern fried chicken (Dhs75) was delightful. The large hunk of chicken was fried in a buttermilk labneh layer that made for a crisp-but-not-sickly outer coating, while the pieces of meat were perfectly tender.

Surprisingly, the star dish was the finely chopped Brussels sprouts with kale, pecans, pickled pumpkin, ricotta and a maple verjus. A well-balanced superstar of a side salad, the verjus was sharp and tangy, the pecans rich and a touch sweet, and the sprouts crispy and refreshing. We never thought we’d feel so passionate about sprouts. 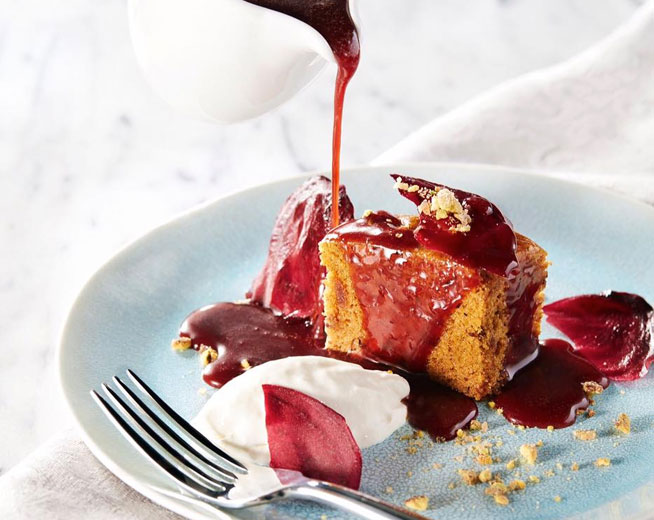 We finished the night off listening to Radiohead (we told you the music was diverse), sipping on a smoked drink (definitely a Marmite but we loved it) and tucking into a slice of Banofee pie (Dhs25). The dessert had a slightly salty base and a light fluffy cream with the barest hint of banana.

So yes, the name certainly doesn’t do Weslodge Saloon any justice – particularly in a city in which a saloon is budget barbers. If you fancy thoughtful North American food that takes its ingredients and technique seriously in a relaxed yet plush environment, we’d recommend you book this for your next night out.

Eat & Drink
News
Restaurants
Things to do
EDITOR’S PICKS
So, when is the next UAE public holiday in 2021?
READ MORE
All of the lavish new hotels set to open in Dubai in 2021
READ MORE
16 of the best pool passes in Dubai that are fully redeemable
READ MORE
All of the restaurants at West Beach, Palm Jumeirah
READ MORE
MOST POPULAR
Watch: 100 days to go for Expo 2020 Dubai
Burj Khalifa tops list of most searched-for bucket list experiences
There's massages and panoramic views at the highest spa in Dubai
7 beautiful things to do in Abu Dhabi this weekend: June 24 to 26
10 amazing things to do in Dubai this weekend: June 24 to 26
YOU SHOULD CHECK OUT
Our website uses cookies and other similar technologies to improve our site and your online experience. By continuing to use our website you consent to cookies being used. Read our privacy policy here.