Tecom has been renamed as Barsha Heights

A Tecom by any other name would smell as sweet…

If you thought you lived in Tecom, think again. The parent company, Tecom Group, have stated that the residential and commercial neighbourhood has been treated to a name change, and will now be known as Barsha Heights.

Prepare for some rather awkward taxi conversations as you explain to the driver how Tecom no longer exists – and that you’re now a proud resident of Barsha Heights.

The formerly nameless neighbourhood just over the road, situated next to Gems Wellington International School, and dubbed by Tecom Group as “one of Dubai’s best kept secrets,” has also received a new name – Sufouh Gardens.

While an official document from Tecom Group detailing why the name changes have been made is yet to be released, What’s On will be keeping you posted as soon as we find out.

Here’s a picture showing which areas have been affected, with Barsha Heights (Tecom) at the bottom, and Sufouh Gardens as the small area at the top. 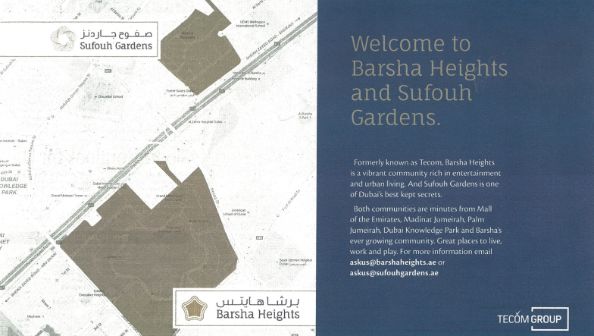 *More: A guide to Greens and Barsha Heights*

Naturally, there were mixed reactions to the name changes with people turning to Twitter to voice their opinions about the seemingly spontaneous name change.

Some were rather negative… 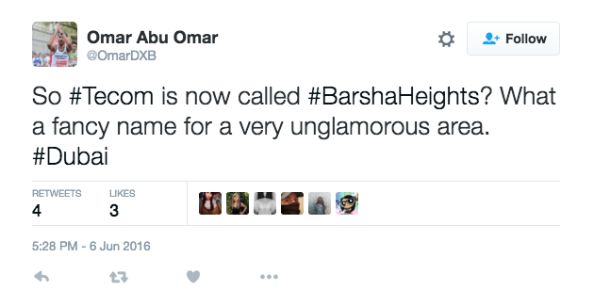 Others a bit more positive… 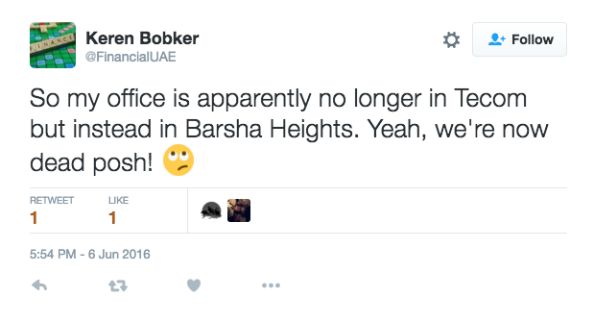 And some just rather flippant.