Radio 1 and Radio 2 are coming back

You know how legendary stations Radio 1 and Radio 2 have effectively gone off-air and have been playing nothing but music since June?

Well the good news for fans of the long-standing stations is that they are coming back – DJs will return to the airwaves on the channels in September.

This means the stations will be slightly different, but the new operators assure fans that the brands will still be recognisable. But will personalities like Danny C, Surina Kelly, Rone Jaxx and Sheena Kay return? 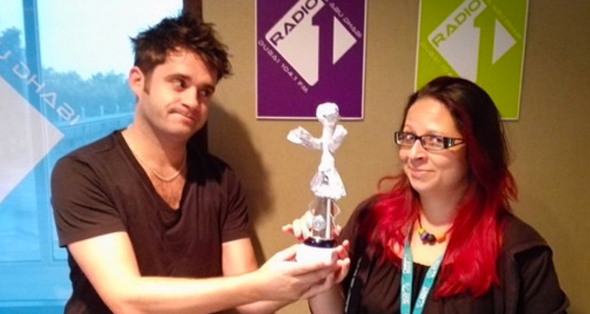 Well, the short answer right now is maybe. Speaking to Gulf Business, Abdulwahed Juma, chief commercial officer at ADM said: “We know the brand value of Radio 1 and 2. We are not willing to kill it. We are not willing to change the format. But it will come with a new look and feel and an enhanced online platform and a new brand confidence.

“[The new stations] will be a mix of new staff and the old staff. We are open to all the people who lost their own jobs to apply, but also we will inject it with some new team members.”

After the radio licenses were withdrawn from Gulf News Broadcasting around 30 people lost their jobs, but they have been invited to re-apply for their positions, but with Abu Dhabi Media as their new company.

Asked why ADM had withdrawn the licenses from GNB, Juma added: “Radio 1 and Radio 2 have always been the brands of Abu Dhabi Media since the beginning and we lease them. After each period of the contact, which is after five years, we negotiate them, and that reflects the strength of the brand and the market conditions. In the first five years a mutual agreement was reached so the contract was renewed. The second five years, it happened again but the parties did not agree so the contract was not renewed.

“I don’t think [it was because the fee was too high], I just think that whatever cost that was suggested was a reflection of the market dynamics and that radio is a medium that is still growing. It’s not taking hits like newspapers and taking in revenues.”

The ultimate #throwbackthursday. Through the ups and downs, good times and bad times, real and show, each of you have been family to me. I love you and miss you and you will always be my team. #radio1uae #crewlove #weout #micdrop #tbt