Popular Kuwaiti comic Tarek Al Ali’s new three-hour theatrical production, Heart for Sale, is about a poor man who puts his heart up for sale, makes its debut in Abu Dhabi tonight. GCC actors Ahmad Al Faraj and Mais Kamar will be performing.

An all-singing, all-dancing performance concert from the screeching Alvin and his chipmunk pals – get ready to dance along to hits by Maroon 5 and Elvis Presley and One Direction. 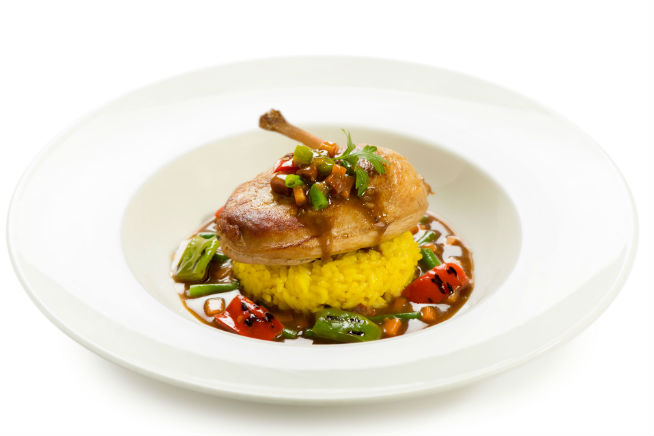 There’s a new seasonal menu on offer at Café Bateel that is all about fresh, lighter fare. Available in all the branches of the outlet, expect a range of options including bresaola and quail egg salad with date balsamic dressing, spiced tuna wrapped in saj bread and a rose water raspberry dome on an almond short crust.

Le Méridien launches Dip Fest, a pool party that wants you to drink, dive and dance in the hotel’s swimming pool. Note: there will be mermaids present.

Family fun in the dunes

Head to the Tilal Liwa Hotel in the Western Region for an afternoon of fun and games for all the family, including table tennis, billiards, darts and giant chess.

Pump some serious iron at Yas Island’s Vogue Fitness, which offers Olympic weight lifting classes for both men and women.

Stay in a luxury resort 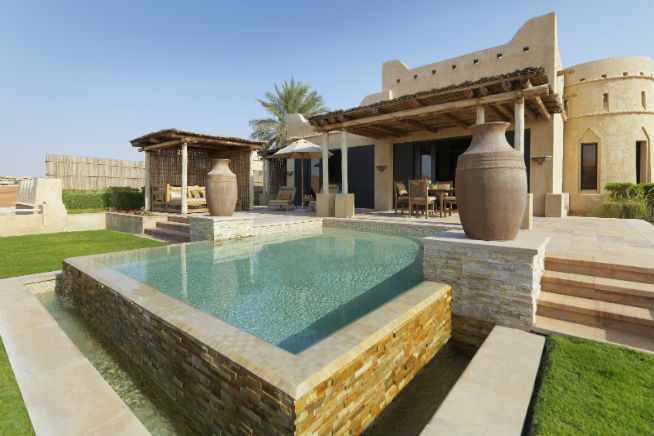 Head to the secluded Qasr Al Sarab Desert Resort by Anantara in the Liwa dessert for a staycation this summer. The Summer Villa special includes special rates for a one-bedroom Anantara Pool Villa, inclusive of daily buffet breakfast for two, starting from Dhs1,999. Promotion is valid until September 30. 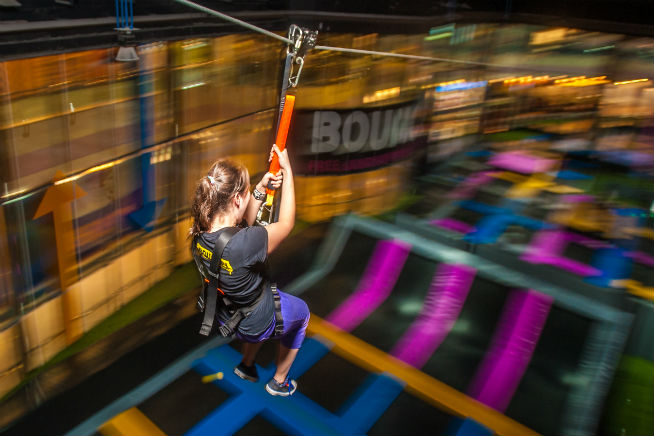 Get ready to jump with joy (literally), because after months of waiting, Bounce Abu Dhabi finally opens this month. The trampoline park has been a massive hit up the road in Dubai, and the good news is the Marina Mall branch is larger than the Al Quoz space by about 1,000 square metres. Inside you’ll find 80 interconnected trampolines, two slacklines and two dodgeball courts.

Go to a posh cinema

Theatre by Rhodes will see moviegoers get to order from a special menu of snacks created by British chef Gary Rhodes. The menu includes truffle and parmesan popcorn, peppered beef sticks with sweet chilli and pomegranate jam, wild mushroom biryani fritters with mango sour cream and vanilla crème brulee. Expect table service once you’ve ordered – meaning staff will serve you directly in your oversized leather recliners, throughout the film.

Pamper yourself at the spa

This promotion is – dare we say it – quite possibly the only good thing about the rising temperatures. When you book a spa treatment at Saadiyat Beach Club you’ll receive a discount based on the weather outside. So if it’s 40 degrees on the thermometer, that’s 40 per cent off your bill.

Culture
Eat & Drink
News
Nightlife
Sport & Fitness
Things to do
Well-being
EDITOR’S PICKS
So, when is the next UAE public holiday in 2021?
READ MORE
All of the lavish new hotels set to open in Dubai in 2021
READ MORE
16 of the best pool passes in Dubai that are fully redeemable
READ MORE
All of the restaurants at West Beach, Palm Jumeirah
READ MORE
MOST POPULAR
Celebrate Christmas early with these 'Halfway to Christmas' brunches
Pics of the week: Your best photos of the UAE
What’s On The Bookshelf: Rom-coms great for reading on the beach
Book your holiday package from Dhs1,399 per person with Holidays by flydubai
Immersive cabaret concept The Theater Dubai opens its doors
YOU SHOULD CHECK OUT
Our website uses cookies and other similar technologies to improve our site and your online experience. By continuing to use our website you consent to cookies being used. Read our privacy policy here.