Catboy: Does living in Dubai make you spoilt?

Our man on the radio is on holiday, and he misses Dubai’s little luxuries…

Most of us are self-aware enough to realise that we’re spoilt rotten in the UAE. Many of us still find plenty to moan about, but the long and short of it is that most of us live a modern incarnation of Downton Abbey. Maids, drivers, gardeners, nannies, cleaners, dog walkers and personal trainers are no longer the preserve of posh types with more money than sense. They’re there for everyone.

It’s a bubble we live in. A lovely, privileged, protected bubble. And never is this more apparent than when we go on holiday.

That’s what I’m doing right now. I’m on holiday. I’m staying on an island somewhere lovely. In fact, I’m staying somewhere better than anywhere I’d ever stayed before I relocated to the UAE. Somewhere I could’ve only dreamt of in the past. Why, then, am I finding problems everywhere?

I’ll tell you why: It’s not Dubai.

The all-you-can-eat breakfast is perfectly fine. It has everything a breakfast should have and I certainly won’t be leaving hungry. However, it’s only in one room on one floor. The last hotel we stayed at in Dubai had a breakfast buffet the size of half a football pitch. It looked like the kind of room conjured-up by Willy Wonka, Gordon Ramsay and King Midas whilst showing-off over drinks.

The swimming pools are perfectly adequate, too. They have nice views and they even have a slide for the kids. It’s a nice slide. I mean it doesn’t go through a shark tank or anything, and it’s not set among 300 other slides, a huge pyramid and a lazy river the size of the M25. But it’s ok. 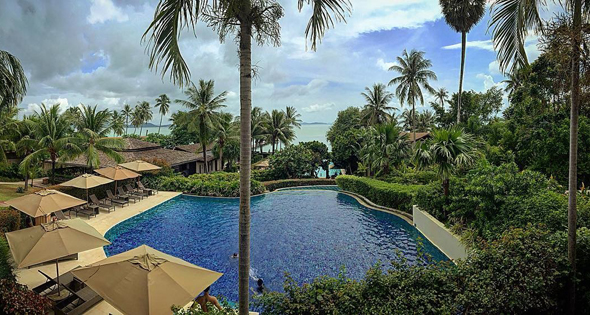 The airport we flew into a few days ago was just like most airports. It had aeroplanes and duty-free shops and baggage carousels. They weren’t record-breaking carousels inside the world’s biggest and busiest terminal, though. In fact, the whole time I’ve been here we’ve not broken a single world record. Nobody has. It’s like they’re not even trying. The tallest building I’ve seen is about the height of a JVC townhouse.

There’s a mall here. Just one. There are no ski slopes, no penguins, no aquarium, no zoo, no ice rink, no indoor rollercoasters or fake children’s employment hub. It has a cinema, but the chairs inside the cinema aren’t made of leather. They don’t even recline and there are no friendly butlers delivering fleecy blankets to keep you snug. Sure, they have popcorn, hotdogs and fizzy drinks, but a spotty teenager mans it. They don’t even have a Michelin-starred Gary Rhodes to make it for you. Imagine that! What is wrong with these people? 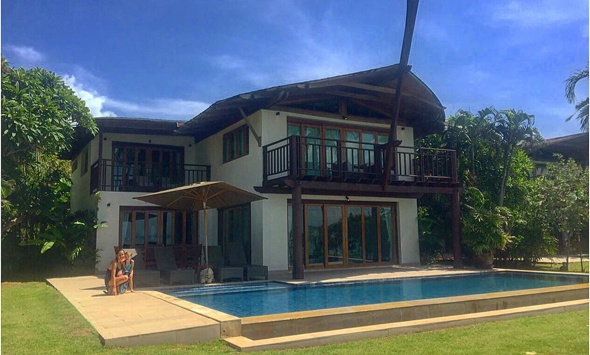 Back at the hotel, our drinks aren’t speckled with flecks of gold; our ice cream isn’t gilt-edged. The vending machine in the local shop serves cold drinks, but no gold bars. In fact there is a distinct lack of gold anywhere.

I haven’t seen a Lamborghini, Ferrari or Maserati since I got here. The hotel didn’t collect me in a Rolls-Royce and nothing, I repeat NOTHING, is VIP, VVIP, or Platinum.

Perhaps the biggest insult of all is the island itself. They couldn’t even be bothered to make it themselves. It’s ‘natural’ apparently. An odd-shaped mass. It doesn’t look like a palm tree, a love heart or a map of the world.

That’s why it’s true what they say. It’s nice to go away, but coming home is always better. 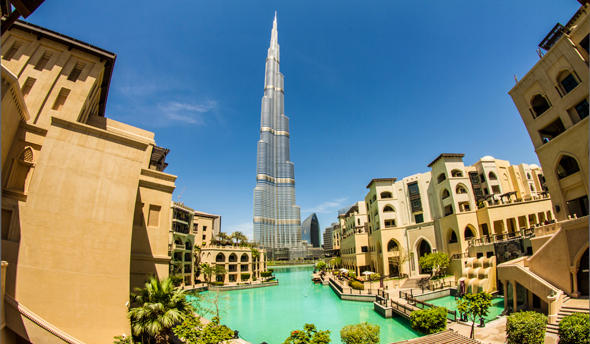 – Catboy hosts the Dubai 92 breakfast show with Aylissa, Sunday to Thursday 6am to 10am, with What’s On setting up your weekend on Fridays from 11am. dubai92.com

Travel
Travel Guides
EDITOR’S PICKS
Here's the full list of UAE public holidays in 2023
READ MORE
23 incredible things to look forward to in the UAE in 2023
READ MORE
Hidden gems: 10 UAE desert pop-ups to discover this winter
READ MORE
Where to travel in 2023: 10 new flight routes from the UAE
READ MORE
MOST POPULAR
Pics of the week: Your best photos of the UAE
Dhow & Anchor has got you covered every day of the week
RTA: All the road closures you need to be aware about
Review: The Nice Guy Dubai
Masha and the Bear is coming to Abu Dhabi this April
YOU SHOULD CHECK OUT
Our website uses cookies and other similar technologies to improve our site and your online experience. By continuing to use our website you consent to cookies being used. Read our privacy policy here.