News
Theatre
Things to do

What’s On spoke to Daniel Vissers (aka Peter Pan) to find out more about his performance in the show, Peter Pan The Never Ending Story, happening tonight at Al Raha Beach Theatre.

“I think everyone knows the story about Peter Pan – the boy who doesn’t want to grow up. But it’s going to be a unique adventure. They created a new type of genre for theatre, it’s a bit like a 3D movie on stage. They use a lot of different songs and a lot of visual effects to create a magical feeling.”

“Peter Pan is this boy who doesn’t want to grow up. What I like about it is that I recognise that side of me, the idea of not being too serious in this world.” 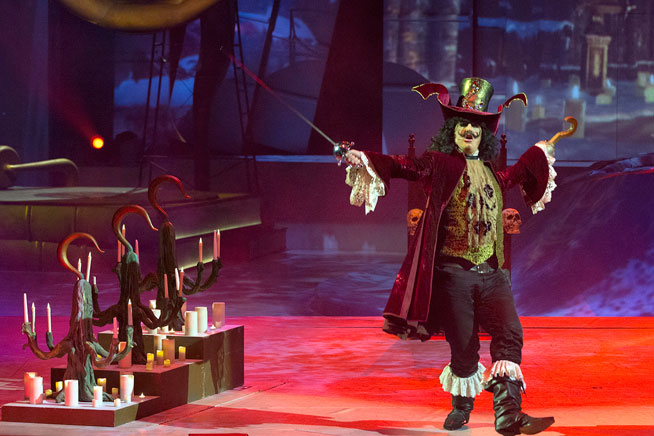 “Once it starts, it doesn’t stop. As Peter Pan you’re constantly on stage, running, dancing and singing. I train everyday (especially for the flying, you need to have a strong core) and I have a vocal teacher who I rehearse the songs with.”

“What I really like about the show is the flying. It is something I haven’t done in any other show. There’s a great song he is going to sing with Wendy, called Forever Young, and that is the first song where they fly. That’s my favourite moment. It’s a very sweet duet together.”

“The songs in the show are all pop songs – it’s really pop. Like Angels from Robbie Williams, Kiss from a Rose by Seal and even Josh Groban. They are huge hits and they were very smart in using songs to show the story.”

News
Theatre
Things to do
EDITOR’S PICKS
13 Sheikh Hamdan-approved restaurants in Dubai
READ MORE
Dubai brunches temporarily banned in new preventative measures
READ MORE
12 upcoming Dubai mega-projects we can't wait for
READ MORE
16 of the best beach bars in Dubai for sundowners
READ MORE
MOST POPULAR
Tried and tested: The brand new slides at Atlantis Aquaventure waterpark
You can now bring your pet along to this luxury Abu Dhabi hotel
Bla Bla Dubai launches romantic date night cabana offer
These Dubai roads will be temporarily closed on Friday, February 26
Have unused beauty products lying around? Donate them to this wonderful initiative
YOU SHOULD CHECK OUT
Our website uses cookies and other similar technologies to improve our site and your online experience. By continuing to use our website you consent to cookies being used. Read our privacy policy here.