Cheese lovers, these are the local spots you need to try

Say cheese! A guide to where you can get the good stuff right here in Abu Dhabi.

When visitors at this outlet’s Friday brunch get a map to get acquainted with all the food on offer (yes, it really is that vast), they also receive access to the hotel’s magnificent cheese room. Featuring a selection of 45 French and European fromages, expect to see everything from cheddar and Brie to the nutty Mimolette, a favourite of French president Charles De Gaulle. 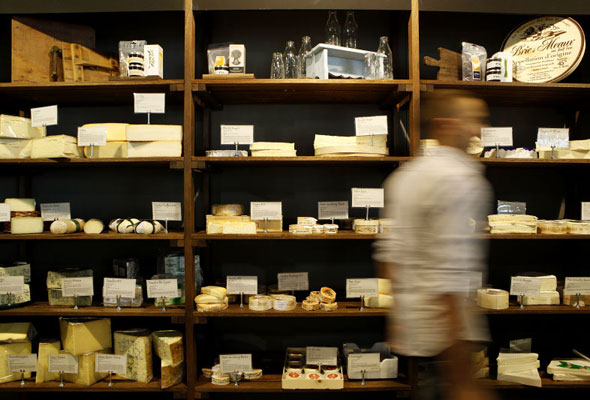 This casual café is pretty serious about cheese, so much so that it has climate-controlled cheese rooms in Al Raha, Khalidiyah and Mamoura branches, as well as a cheese wall in Al Muneera. Each room has a rotating inventory of the good stuff (think goat, sheep and cow milk cheeses both pasteurised and non-pasteurised) including English cheesemongers Paxton & Whitfield, official suppliers to Queen Elizabeth, plus a resident expert to offer advice.

The restaurant also hosts monthly cheese and wine evenings, where diners receive three glasses of vino with a selection of cheese and antipasto. This month the evenings will be hosted on September 8 at Al Raha, September 17 at Khalidiyah and on the 29th at Muneera. 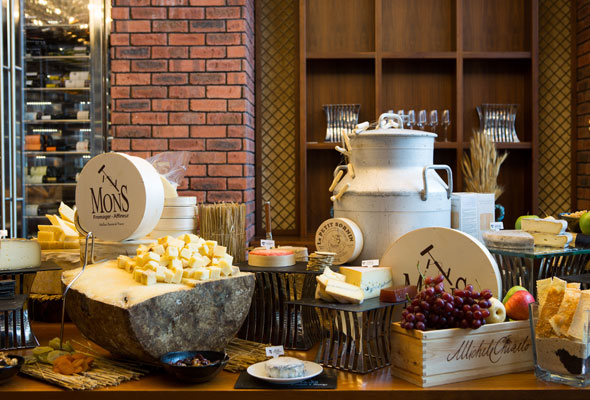 Guests at the St Regis Saadiyat Island Resort Friday brunch will be able to dig into 40 different cheeses from England, France and Italy at this all-day-dinning outlet’s cheese room. We recommend you fill your plate with the crumbly Italian Crutin, which features grated black truffle, for a serious kick of flavour, and the humble semi-soft French Morbier variety, which sees a black streak of ash (now usually a vegetable dye) running through the middle of it. 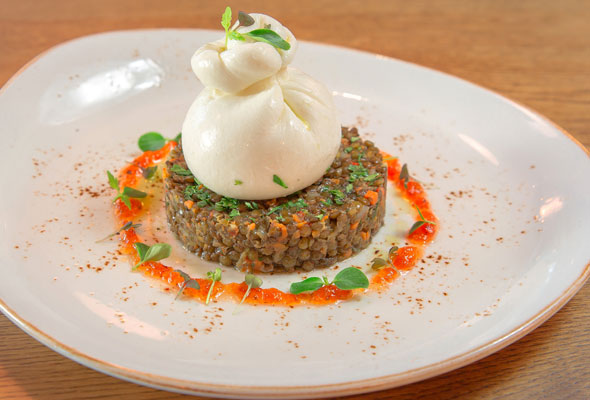 One of the tastiest (read cheesiest) ‘salads’ you can order in Abu Dhabi is served at Bentley Bistro And Bar. The warm lentil salad features a tomato and basil jam, but the best thing obviously is the ooey, gooey cloud of burrata that comes on top. Piled high atop a round of brown lentils, it’s the marshmallow-like Italian cheese that takes this dish to new heights.

A staple meal for uni students everywhere, did you know that macaroni and cheese was once served at a state dinner by US president Thomas Jefferson? Apparently, after encountering the dish in France, Jefferson brought recipes and a pasta machine back to America to recreate the meal. You can try this presidential meal at Sportsman’s Arms, where their recipe features a mixture of three cheeses including Parmesan, Gruyere and Monterey Jack. 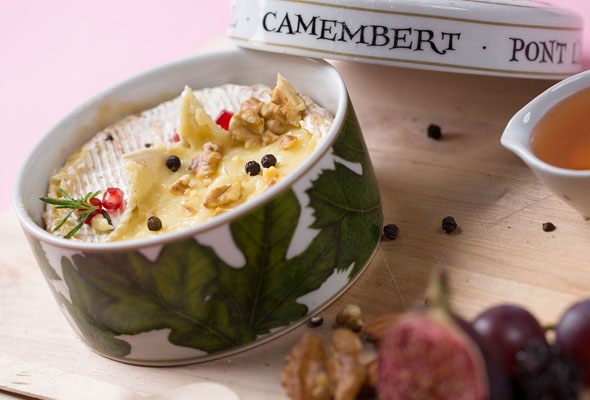 You’ll have to wait around 15 minutes to get this dish served to your table – but trust us, it is worth it. The French cheese is baked in its box until it melts completely and is served piping hot with a selection of homemade breads, nuts, fruit and honey. We recommend you ask for a few twists of freshly ground pepper on top before you dig in.

Also try: The metre-long cheese lovers’ board features 13 varieties including aged, soft, firm and blue French and Swiss cheeses. You’ll need to order it 24 hours in advance, and it comes with a basket of homemade bread, honey, fruit and nuts.

Restarting this month, the cheese and wine night at Eastern Mangroves hotel serves 15 types of cheese along with unlimited vino at the rooftop bar. Expect fromages including Manchego, Comte, Emmental, Brie de maux, Chaource and Webster’s Stilton to make an appearance. 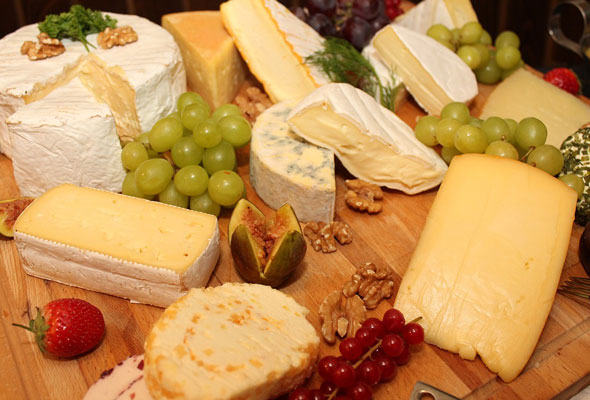 Southern Sun is relaunching its cheese and wine night on Wednesdays. Hosted at the hotel’s bar on the 27th floor, take in the views of downtown Abu Dhabi while you nibble on artisanal cheeses from France, Italy and the Netherlands that are paired with homemade jams, chutneys, nuts and fruit. 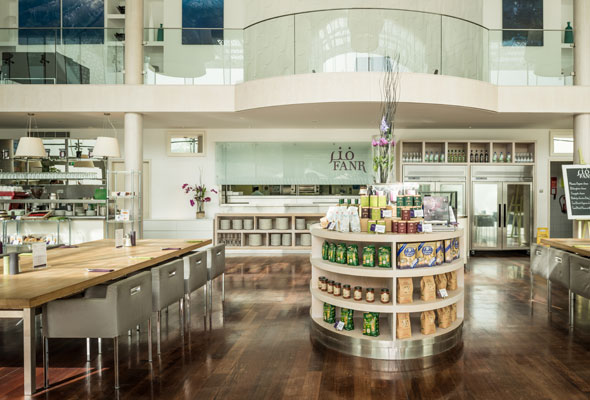 Every Thursday evening head to this Saadiyat Island spot for a selection of cheeses and unlimited red or white wines from Italy, France and Australia. Cheeses including Camembert, Saint-Loup goat’s cheese, Parmesan crisp, gorgonzola, red cheddar and Emmental are paired with crackers, bread, grapes, fruits, celery and walnuts.

The Hyatt Capital Gate has not one, but two, cheese nights a week. Hosted on the 18th floor of the Hyatt Capital Gate hotel, there’s 20 different varieties (think Tomme de Savoie, St Nectaire, Reblochon, Cantal, Iberico and Provolone) on offer, along with Australian and Argentinian red, white and sparkling wines.

Crazy Curds: The strangest cheeses you can eat around the world

While technically illegal, that hasn’t stopped people from seeking out this Sardinian delicacy. During the curing process this sheep’s cheese is cut open to let flies lay eggs inside. Once the larvae begin eating the cheese and pooping it out (we’re not making this up) the mixture becomes soft and is ready to be consumed – live maggots and all. Expect it totaste like a ripe gorgonzola with wriggly bits.

This Serbian cheese has been called the most expensive in the world and can cost up to Dhs3,600 per pound – largely due to the short supply of endangered Balkan donkey’s milk (again, not making this up) used to create it. It takes about 25 litres of milk to make the crumbly white cheese and is made from one herd of donkeys living on the Zasavica Special Nature Preserve.

The Long Clawson Dairy in Leicestershire, over in the UK, made headlines around the world in 2011 when they announced they had created a white Stilton cheese with visible veins of edible gold leaf and gold liqueur. Dubbed Britain’s “blingiest” cheese (we’re not even going to say it this time), a kilo of the stuff costs just shy of Dhs3,000.

Eat & Drink
Restaurants
Things to do
EDITOR’S PICKS
13 Sheikh Hamdan-approved restaurants in Dubai
READ MORE
Dubai brunches temporarily banned in new preventative measures
READ MORE
12 upcoming Dubai mega-projects we can't wait for
READ MORE
16 of the best beach bars in Dubai for sundowners
READ MORE
MOST POPULAR
Breaking: Dubai extends preventative measures until mid-April 2021
Enjoy brunch, breakfast and a stay at Westin Abu Dhabi from Dhs432
Get a free gym class at this cool new Dubai gym
Pics of the week: Your best photos of the UAE
Emirates Airlines and DHA to implement digital verification of traveller medical records
YOU SHOULD CHECK OUT
Our website uses cookies and other similar technologies to improve our site and your online experience. By continuing to use our website you consent to cookies being used. Read our privacy policy here.