It’s sticky in Dubai this month, sure, but there’s a long weekend coming up in a few days – rejoice! 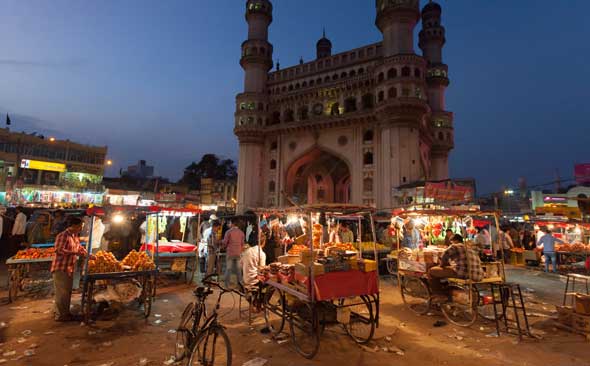 Why visit? While the huge Indian city is now known for its IT industry, there’s also the Old City in the south of Hyderabad, which is magical in a more faded grandeur way. Think Best Exotic Marigold Hotel and you’re on the money.

A particular highlight of the walled Old City are the mosques: Mecca Mosque opened in 1694 and can hold 10,000 worshippers, while the Charminar monument and mosque was built in 1591 to commemorate the end of a terrible plague that took over the city in the 1500s.

Oh, and just to the west of the Old Town you’ll find Golconda, a sprawled-over-11km 1400s fortress built by the South Indian Kakatiya dynasty and ruled in the 1500s by the Qutb Shahi dynasty (who came from what is now Iran).

Warning – traffic in Hyderabad makes the Dubai-Sharjah jam look breezy, so aim to stay somewhere in the Old City if you want to explore.

Unique place to stay: The Taj Falaknuma is about four kilometres from the Old City. 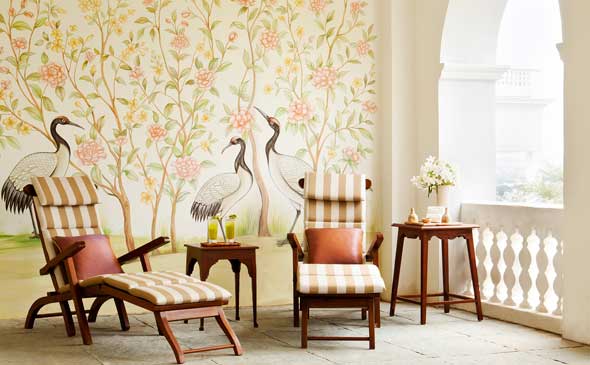 Spread over 32 acres, this five-star hotel with all the trimmings was once the palace of the nizam (he was widely considered the richest man in the world when he built the opulent home in 1894).

This is a once-in-a-lifetime kind of stay. Rooms start from Dhs1,260. taj.tajhotels.com

Fly with: There are eight flights a day between Dubai and Hyderabad, with Emirates, flydubai and Air India all offering routes. Emirates return fares start from Dhs2,250. 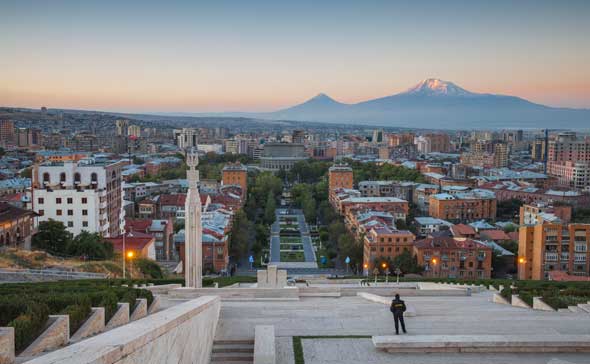 Why visit? With a compact, easily walkable centre, Yerevan has been dubbed the pink city due to the distinct rose stone of its buildings. The Armenian capital features a blend of chintzy Beaux Arts architecture and Brutalist buildings, with plenty of wide, tree-lined avenues too.

The most striking thing about the city is how the fabled Mount Ararat looms over its skyline. The 5,100-metre peak is 65 kilometres from the city and makes for a picture-perfect backdrop.

Bring sturdy shoes, as this is the kind of city you want to wander around, stopping at sidewalk cafés and in local taverns.

Armenia has had a tumultuous history. However, today Yerevan is remarkably safe. In September the sweltering August heat has dissipated, with highs of 29 degrees.

Unique place to stay: It’s a 30-minute drive from Yerevan but if organic produce and birdsong are your thing, stay at HyeLandz Eco Village Resort in the quaint town of Geghadir. 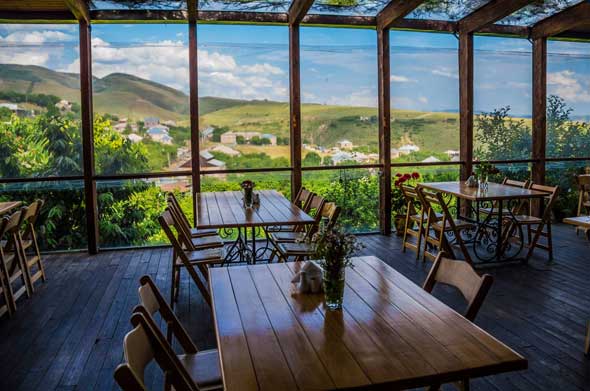 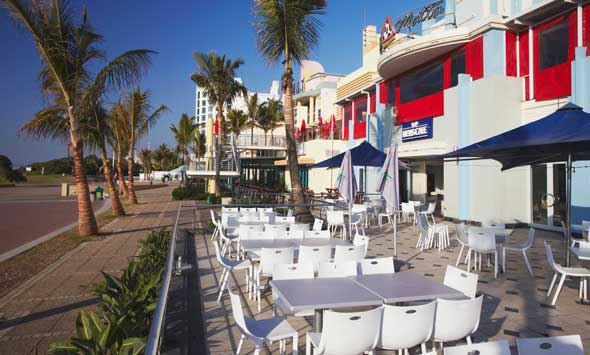 Why visit? Everyone talks about Cape Town with its fine wines and inner-city mountain, but its beachy cousin Durban is equally worth a visit.

Durban has the largest Indian population of any city outside the Subcontinent, and delicious, fresh curries can be found for Dhs9 (Indian cuisine plus South African produce is a winning combo).

September is the end of spring, with temperatures hovering around 20 degrees Celsius. Plus, the water’s always warm in Durban (it hardly ever dips below 19 degrees), making it more welcoming for surfers than the bone-chilling Cape.

Safety can be an issue, so plan to do most of your exploring during daylight.

Unique place to stay: Goble Palms Guest Lodge is a colonial-style 1900s homestead that serves great breakfasts and is in a quiet residential area (a good option if you’ll have a car on your trip). 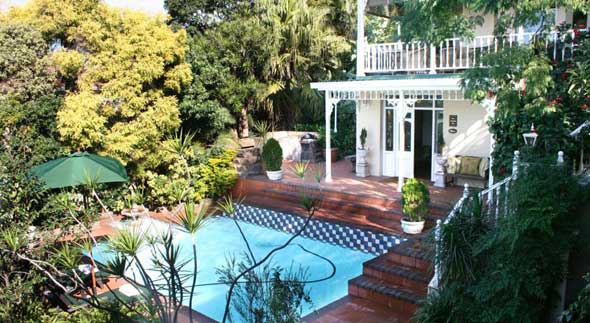 Rooms start from Dhs220 a night (with breakfast). goblepalms.co.za

Fly with: Emirates operates one flight per day, with return fares starting from Dhs5,880 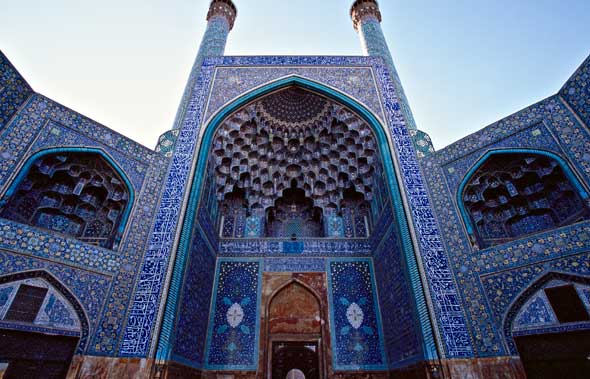 Why visit? With its Persian gardens and bounty of hand-painted-blue-tile buildings, Esfahan is a city that begs to be photographed. Fans of Islamic architecture will particularly lap up the city of 1.7 million’s many mosques and its Unesco-listed central square. Visit the stunning Imam Square, where locals stop to picnic at night, and make sure to stop by the neighbouring bazaar.

Definitely tour the mosques too – one not to miss is Masjed-e-Shah, a mosque that was constructed from 1611 to 1629 and shows how advanced Islamic architecture of the time was.

The city is very safe and the locals are very friendly. Plus, temperatures start to cool off in September, with highs around 30 degrees Celsius.

Unique place to stay: Kianpour’s Historical Hotel is a perfect base for people who want to explore Esfahan by foot (the traffic in the city can be terrible). 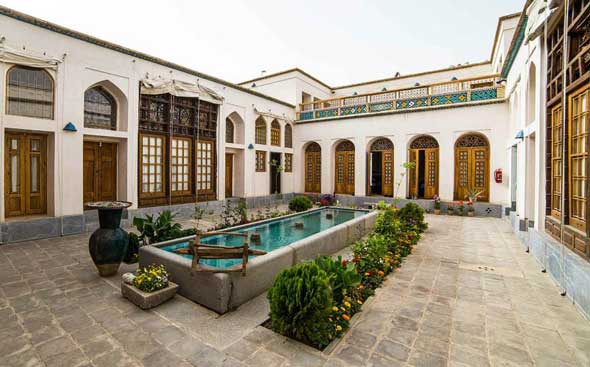 It’s a traditional house-cum-hotel, and the flower-filled courtyard is magical. Rooms start from Dhs390 a night. kianpour-house.com 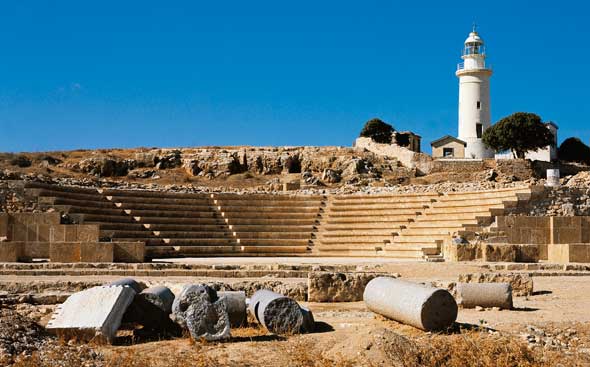 Why visit? The birthplace of Aphrodite is split into Turkish and Greek halves, and being able to explore two separate cultures on such a small isle is nothing short of delightful.

However, it’s the ancient footprint on this island that’s really special – in the southwest you’ll find the Pafos Archaeological site where you can explore the remains of a 4th century BC city that peaked in splendour around AD100 to AD200. The ancient mosaic tiles here that act as a 101 on Greek mythology are considered the finest of their kind in the world.

You’ll see slices of Byzantine and Roman history scattered all around the island’s beautifully-green landscapes. However, keep an eye out for the relics from the island’s forefathers dotted around the hills.

Unique place to stay: Set in a teeny mountain village, Lyhnos lodge is in a family home that has been passed down the generations of one Cypriot family. 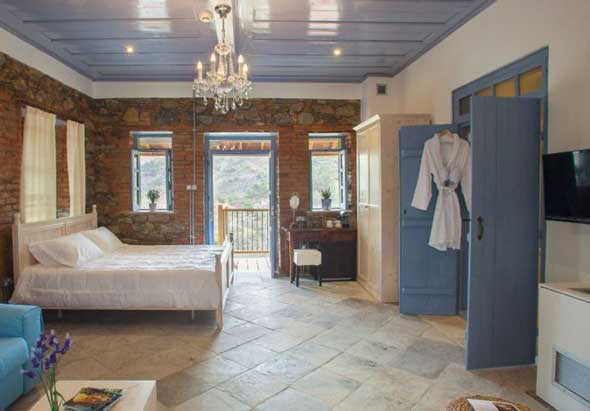 The décor is modern, the food fresh and the views bucolic. Rooms from Dhs330 a night (including breakfast).

Staycations
Travel
Travel Guides
EDITOR’S PICKS
So, when is the next UAE public holiday in 2021?
READ MORE
All of the lavish new hotels set to open in Dubai in 2021
READ MORE
16 of the best pool passes in Dubai that are fully redeemable
READ MORE
All of the restaurants at West Beach, Palm Jumeirah
READ MORE
MOST POPULAR
Watch: 100 days to go for Expo 2020 Dubai
Burj Khalifa tops list of most searched-for bucket list experiences
There's massages and panoramic views at the highest spa in Dubai
7 beautiful things to do in Abu Dhabi this weekend: June 24 to 26
10 amazing things to do in Dubai this weekend: June 24 to 26
YOU SHOULD CHECK OUT
Our website uses cookies and other similar technologies to improve our site and your online experience. By continuing to use our website you consent to cookies being used. Read our privacy policy here.