In the on-going battle to achieve Guinness World Record status for everything on Earth, Dubai, it seems, has once again managed to out-do its competition… and kids young and old will be delighted with this one.

According to an official tweet by the Dubai Media Office earlier today, a new, giant inflatable waterpark will be installed at JBR.

#Dubai launches the largest inflatable waterpark in the Middle East located at the JBR pic.twitter.com/Sh8wwNiG8f

Spanning 77m long by 33m wide, it will officially become the largest in the world. Best of all, the blue and purple-coloured park will be shaped like the Dubai tourism logo. 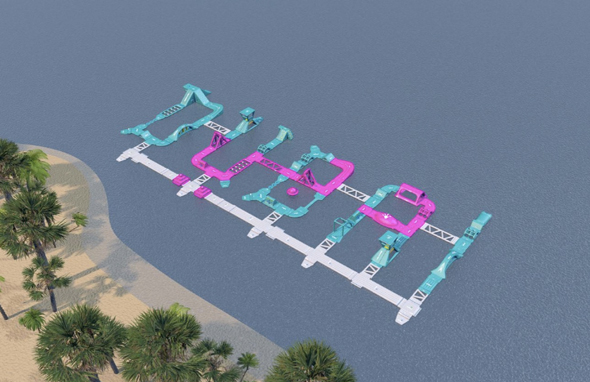 Part-bouncy castle, part-slip and slide, inflatable waterparks are not new to Dubai’s shores – or neighbourhoods.

Then there’s the brilliant WIBIT, managed by Arabian Water Parks, which is also located along JBR, that’s been entertaining beachgoers for over two years. 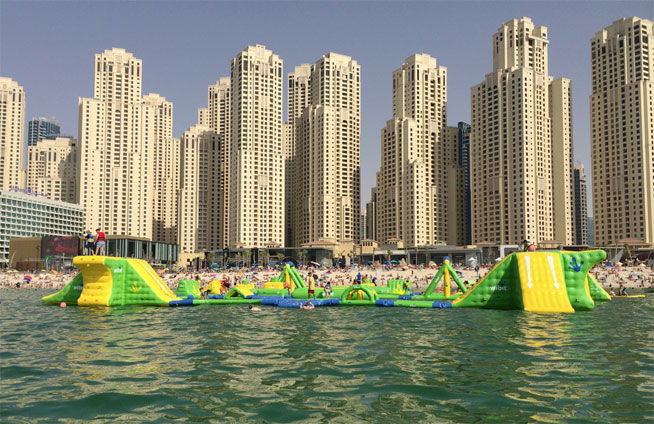 Floating just off the beach this JBR favourite comprised trampolines, giant climbing walls, several slides, a running wall, a rope swing and countless other obstacles. Since the new inflatable park’s location is in the exact spot of the existing waterpark, we’re guessing this will be an exciting upgrade. One thing’s for certain – Dubai just got a lot more fun.

News
Outdoor
Sport & Fitness
Things to do
EDITOR’S PICKS
13 Sheikh Hamdan-approved restaurants in Dubai
READ MORE
Dubai brunches temporarily banned in new preventative measures
READ MORE
12 upcoming Dubai mega-projects we can't wait for
READ MORE
16 of the best beach bars in Dubai for sundowners
READ MORE
MOST POPULAR
Ladies, here's how you can win a chance to showcase your talent at Radisson Red
Dubai influencers must now declare free gifts to UAE tax authority
Wit woo: Check out Boomah, Abu Dhabi's first owl cafe
This stunning new restaurant brings Australia to Dubai
There's a dry night in Dubai coming up this week
YOU SHOULD CHECK OUT
Our website uses cookies and other similar technologies to improve our site and your online experience. By continuing to use our website you consent to cookies being used. Read our privacy policy here.